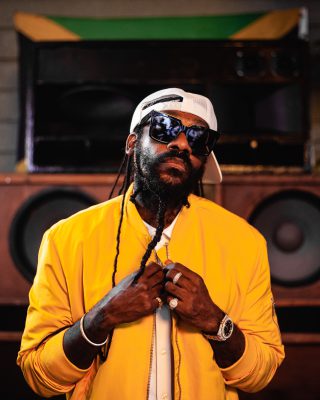 “Bob Andy was without question one of our greatest songwriters,” says Tarrus Riley. “His songs will last forever. It’s always a joy to work with Dean Fraser in the studio, and the history stands for itself. You can hear what went into this version of ‘Desperate Lover’!”

“Desperate Lover” is taken from the forthcoming release of We Remember Bob Andy, a tribute album featuring 15 artists covering the late Jamaican singer/songwriter’s catalog, scheduled for on February 10, 2023 on CD, vinyl, and all digital streaming platforms.

Bob Andy, born Keith Anderson, is celebrated as one of Jamaica’s greatest songwriters, with a catalog including tracks like “Too Experienced,” “My Time,” “Unchained,” “Sun Shines For Me,” “Fire Burning,” and “I’ve Got To Go Back Home,” among dozens of evergreen anthems.

His catalog has been covered or adapted hundreds of times over the decades and forms a key part of the greater Jamaican canon of original songwriting and recordings. Whether through popular interpretations like Barrington Levy’s version of “Too Experienced” or through the rhythmic framework of tracks like “Feeling Soul,” “Desperate Lover,” or “Unchained,” Bob Andy’s melodies and rhythms are woven through the entire fabric of Jamaican popular music across more than five decades.

“Great songwriting comes from the heart. It’s also the way in which the poet tells the story. Bob Andy was one of these people who told stories … he would show the kind of person he was, and how the system worked against us as a people. He would bring that out in these songs and make political statements that hit you right on.”

Alaine and Lukie D’s update of Bob Andy and Marcia Griffith’s “Always Together,” entitled “Really Together” was released on VP’s Strictly The Best 62 on November 18th, 2022. Bitty McLean’s version of Bob Andy’s “Let Them Say” was released on Bob Andy’s birthday, October 28th and included a full-length music video.

Stream the best of Tarrus Riley on Spotify

‹ Peer to Peer with Kevoy Burton