Spice Takes Her Dancehall Reign From Reality TV to the GRAMMYs

Only a handful of days into 2021, and Spice is already on top of the world. A Grammy nomination under her belt, a nod from none other than forever-POTUS Barack Obama, and a groundbreaking new song on the way.

Amid a climate that finds most Love & Hip Hop alumni spending most of their days arguing amongst themselves on social media rather than making strides in the studio, Spice has broken beyond the stigma associated with spending a stint on reality television.

“I’ve been on top of my game before Love & Hip Hop,” she observed, adding that she was “just dabbling into it so that people could put a face to the name.”

A veteran in the dancehall scene, Spice used reality television as a tool to further her already flourishing music and public profile, not the other way around. “That’s really why I decided to be among the reality thing, but it’s always music for me. Everybody knows that’s my first heart,” she added. “I’m super happy to know that I’m able to show people that I’m not just a reality star. I’m the queen of dancehall and that’s what I’m known for.” 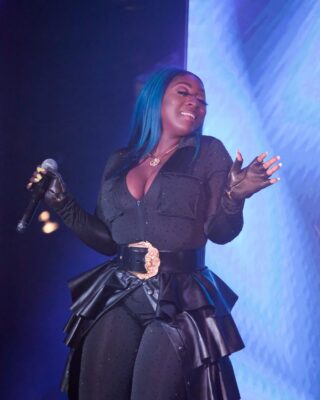