Germany is passionate about Reggae and one of the primary people to document the genre, its artists and the goings-on is Uwe Adelfang.

We spoke to him about how he started and his plans for the future….

VP:  How did you get your start in the music business? (I would say business of Entertainment?

UA:  In late 1979 I left my hometown Engers-Neuwied at the river Rhine for the wall-city of Berlin to study economics – but the real thing I was interested in was always music – I was just 21 years old then. It was the time of Punk / New Wave and I had the luck to be embraced by the local scene a lot. One evening, just after the concert of the B-52’s at the Metropol venue, I ran into my soon to become new girlfriend and she introduced me to the crew of the Shizzo bar/pub – there I learned to be a barkeeper and to present music and spin records for the people. I remember we had also The Specials, The Ruts, Nina Hagen and Einstürzende Neubauten as guests.

VP:  What was your first notable breakthrough?

UA:  By 1980 I had started to co-manage a small independent underground record label and with catalogue #4 in 1982 it was time to look for more serious distribution. It was the full length album “Not Trendy” by my elder brothers group Tank Of Danzig, recorded at the famous studio of producer Conny Plank and mixed by René Tinner. The band had started to perform live to great acclaim and I did my first deal and sold at one go 1000 copies to EFA and a few weeks later another 700 copies were purchased by PIAS. From then on there was no looking back and my career progressed for the next 40 years – to put it simple “I bought millions of records and sold millions of records, visited 1000s of concerts and met so much interesting, nice and gentle people that I cannot believe it”.

VP:  What projects are you working on now or have just wrapped?

UA:  There is and will be an everlasting support and love for Jamaican associated music in my life. The key track was the 12-inch version of Jackie Mittoo’s “Mash Down Babylon”. My work as distributor for Reggae Music started in the 80ies at EFA with Adrian Sherwood’s On-U Sound Records and Fotofon’s imports of labels like Ariwa and Shanachie. In the 90ies I was label manager for Heartbeat Records / Heartbeat Europe, Ras Records and Pressure Sounds. I convinced the Basic Channel crew to start the Wackie’s re-issues and played a crucial part in the realisation of the Select Cuts From Blood & Fire remix series. As product manager I worked for Bim Sherman’s Century Records and the late great Lincoln “Style” Scott and his Lion And Roots imprint. Joining Groove Attack in the noughties I helped for worldwide distribution for the german Reggae labels Minor7Flat5, Pow Pow Productions, Kingstone, Germaican Records, and Irievibrations from Austria. Additionally I was product manager for the two Sly & Robbie albums “Blackwood Dub“ and “Underwater Dub“. Since 2005 I have the great honour to be part of the family of the VP Music Group and take care for physical distribution of VP Records, Greensleeves, 17 North Parade for the territory of continental of Europe.

VP:  What projects are planned (hoped for) in the future?

UA:  The big project of retirement and organising in best ways my follow up at Groove Attack as Label Manager and at GoodToGo as Head Of International Sales. I am 63 now and my woman is exactly four and half years elder than me. I am committed to social living, fight injustice on all levels, get over the pandemic and help the young generation to live safe on this planet for centuries to come. 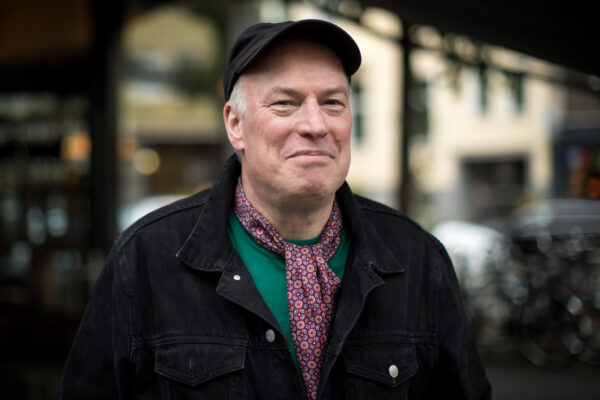 Spice Takes Her Dancehall Reign From Reality TV to the GRAMMYs ›