Peer to Peer with Yng Cptn 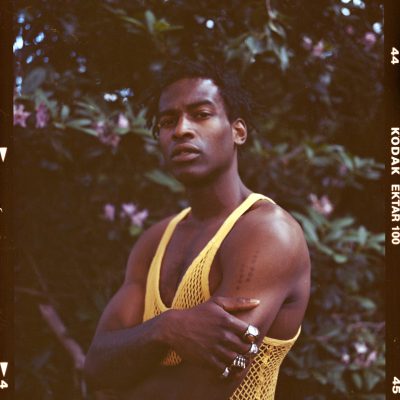 DJ, Photographer and model, Yng Cptn brings his unique creative vision for music and culture to the next generation, blending Reggae, Dancehall, Soca in his dynamic sets.

Known for his deep appreciation of Reggae and Dancehall past and present, Yng Cptn has always been inspired by lyrics and rhythm. Growing up with his DJ father, Big Bad Captain, who has worked with and helped build Skyline Radio FM for the past 33 years, Yng Cptn began collecting music as a child. Working with fashion brands as a model for over a decade, he has a distinct flair for mixing music, art, and culture in his DJing ventures and creative partnerships. Next month, he begins his radio broadcast journey very soon so keep an eye out.

VP:  Yng Cptn, tell us where your passion for Reggae started?

YC:  I would have to say my passion stemmed from my father’s passion for reggae music which has been passed to me. Seeing his dedication to collecting records, consistently doing radio every week, and doing events to share music with his community was really inspiring. I really felt what he was doing on a deeper level. I think being Jamaican as well plays a massive role in fueling the passion as Jamaica and reggae go hand in hand.

VP:  Which 3 Reggae albums have been your biggest influences and why?

YC:  Musical Youth – Anthology. My first vinyl was Pass the Dutchie so definitely have to throw that one in there.  Bob Marley – Exodus because it holds so many classics on one album it’s hard not to be influenced!  Sizzla – Da real thing. I remember this was one of [the] first Sizzla albums I heard as well. Some of the lyrics on tunes like “Solid As a Rock” still to this day just resonate deeply with me.

VP:  What shows have you got coming up?

YC:  Carnival week right now so it’s a bit hectic but looking forward to it. Im down at paradise in Kensal rise doing a Wray and Nephew x Shabba Party takeover with Rebel Clash which should be a real good vibe. I’m also DJ’ing down in Hackney at Bohemian Place Market for Rebel Clash’s Nuff Luv party In collaboration with Black Eats Ldn.  Sunday is the big Shabba carnival after party with Rampage Sound at fire and lightbox which is always a sell-out event so looking forward to that!

September So far. Jamie Rodigan starts a 4-week residency down at Tola, Peckham In September. I’ll be kicking off the first week of that with him. An amazing artist called Navy is coming over to perform Live at Shabba party, I’ll be djin down there at Prince of Wales in Brixton. You can also catch me at the Hackney Carnival Day party at the Bohemia place market. And in between sets I’m working on a few riddims in the studio and collaborating with artists on some dub-plates. So stay tuned Nuff tings a gwarn !

VP:  Which current artists are on your radar and why?

YC:  Skillibeng he’s looking like the top new male dancehall artist and I think he’s got a lot more packed away he’s not showing people yet.  Alicai Harley is someone I’ve been watching. Really like her vibe and sound. She’s definitely got big things coming.  Yaksta is another one to watch. He’s coming through with some serious fire.

‹ Peer to Peer with Dubplate Pearl