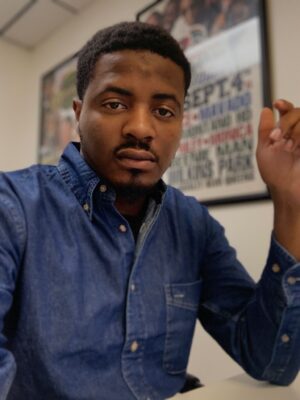 Beginning his career in the latter years of the 2000 decade, where he pursed being a disco-jock under the moniker ‘DJRomiie’ while attending Cornwall College high school in Montego-Bay St James.

He released his first official project World Tour Riddim’ in partnership with Khary ‘Xx3eme’ Cammock in 2016 under his entertainment company – British Linkz LLC with notable names such as Devin Di Dakta and Teejay.

BL:  I got started in the music business formally around 2012 in my freshman year at CUNY York College. I had this idea to bring Dancehall current news via social media and an official website now known today as BritishLinkz.com. Prior to that I was a disc-jock during my high school years at Cornwall College.

BL:  My first notable project, would be a compilation I co-created in 2015 with Khary ‘Xx3eme’ Cammock entitled “World Tour Riddim” which featured, at the time top acts Devin Di Dakta and Teejay.

BL:  I would say my first breakthrough or noteworthy project is “Rolling” with Spice Official in 2020. That was the first major charting track for me, a track that I received videos from around the world and just this surreal feeling of acceptance from Reggae / Dancehall lovers.

BP:  I am currently working on a compilation entitled Channel 28 Riddim. Which is a more intimate approach to creating music, this one is all about emotions whether romantically, nostalgia, empathy, you name it. This project will consist of Deeclef, Devin Di Dakta, Kacique (Pandora’s Caribbean Artiste to watch 2022) Xx3eme and Knaxx. To be released this March 2022