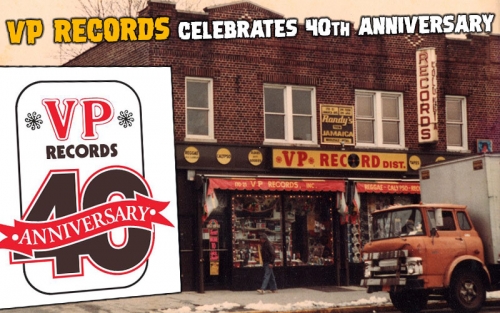 VP Records celebrated its storied past, present and future with an unbelievable performance chronicling its rich 40 year history in reggae and dancehall music.VP Records, based in Jamaica, Queens NY, is a pioneering force in the reggae music industry. From roots & culture to soca and dancehall, VP Records is the only record label that represents the full spectrum of Caribbean music. For the past 25 years, VP has stayed true to the grassroots from whence it came, always serving its core audience first, moving swiftly to keep up with the sounds of the street. At the same time, with the international success of artists like Sean Paul, Wayne Wonder, Elephant Man, and Tanto Metro & Devonte, among others, VP has expanded its leadership in the effort to present Caribbean culture to a mainstream audience as worldwide demand for dancehall reggae rises to new heights.This Friday, VP Records will come together at MOCA to spin from its catalog of hits and rarities as well as showcase its history through a temporary exhibition, A Reggae Music Journey. The exhibit chronicles VP Records’ rich history from the beginnings in Kingston, Jamaica to the establishment of the company in Jamaica, Queens. Remarks will be made by VP Records co-founder Patricia Chin.Opening the night will be DJ Chinee Golden Touch.