KATCHAFIRE KICK OFF SPRING U.S. TOUR IN SUPPORT OF THEIR GREATEST HITS ALBUM AVAILABLE NOW ONLINE – IN STORES MAY 21 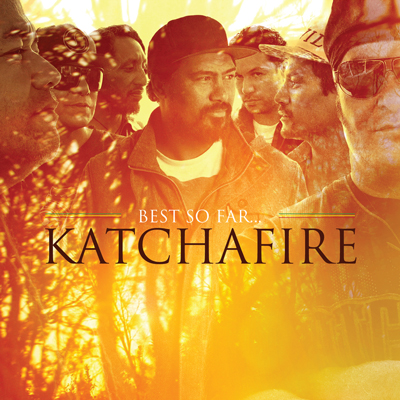 New Zealand’s Katchafire kicked off their spring 2013 U.S. tour in Hawaii this past weekend. The tour coincides with the release of their greatest hits collection Best So Far, available digitally this week (April 16) and in stores on May 21.

The seven piece collective will be rocking major festivals as well as headlining intimate venues across the West Coast, Midwest and South in over 28 U.S. cities throughout April and May. The band is no stranger to the road and has performed worldwide with international acts such as The Wailers, Maxi Priest, UB40 and Arrested Development. For the most up to date tour schedule, please visit www.facebook.com/katchafireband.

From their humble beginnings in the late ’90s as a Bob Marley tribute band to one of New Zealand’s and the South Pacific’s most popular groups today, Katchafire have created a timeless hit-filled repertoire during this short time span. The band has carefully selected 16 of these must have tracks on their upcoming album Best So Far. The impressive best of collection will feature Katchafire’s breakthrough hits from their groundbreaking 2003 debut Revival – including “Get Away,” “Who You With” and “Giddy Up” (2003’s highest selling single in New Zealand) – all of which landed in the Top 10 of New Zealand’s Top 40 Singles Chart. Best So Far will also highlight the group’s most cherished tunes from their remaining independently-released albums, like “Frisk Me Down” off of 2005’s Slow Burning, “Working” and the title track from 2007’s Say What You’re Thinking as well as “Sweet As” and “Groove Again” off of 2010’s On The Road Again.

In homage to their tour and new release, check out the video for Best So Far’s featured track On The Road Again.