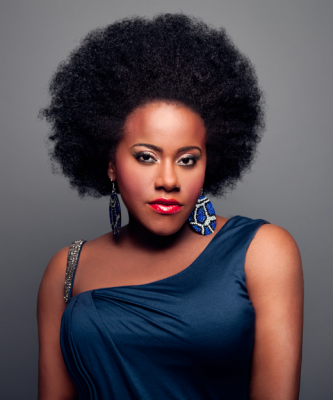 Etana releases her brand new video for the contagious single “Reggae” off of her most recent effort Better Tomorrow. The latest visual, directed by Kerrin McLean, was shot in Kingston, Jamaica at music landmarks including the iconic Marley-owned Tuff Gong Studios, Rockers International record shop and Kingston Dub Club.

MTV Iggy recently premiered the video, calling it a “passionate love song to the genre.” EBONY proclaims the soulful singer is “keeping true to her socially conscious, vintage sound” and the video “looks, feels and sounds exactly like a song that would make Marley proud. It’s a double-entendre ode to the music she loves, but also to the one she loves.”

“Reggae” is the first single off her critically acclaimed third studio album Better Tomorrow on VP Records. Her latest effort is a true testament to her evolved sound. Etana’s indomitable spirit and inspiring songwriting uplifts generations both old and new. Stylistically, Better Tomorrow is a marked departure from her previous material, including The Strong One (2008) and Free Expressions (2011). Instead of incorporating Jamaica’s popular digital riddims, she chose to be backed by all live instrumentation.

“I wanted this album to feel like a concert performance and have everything go together, like chapters in a book, with all of the tracks played live by musicians (not digitally generated),” Etana explained.

Critics have already begun to sing their praises about Better Tomorrow.

“soulful style and thoughtful lyrics…one of the most respected women in reggae today.”
– NPR TELL ME MORE

×
Update Required To play the media you will need to either update your browser to a recent version or update your Flash plugin.
VP Recordsalbum, Better Tomorrow, Etana, music video, reggae, Tuff Gong

KATCHAFIRE KICK OFF SPRING U.S. TOUR IN SUPPORT OF THEIR GREATEST HITS ALBUM AVAILABLE NOW ONLINE – IN STORES MAY 21 ›