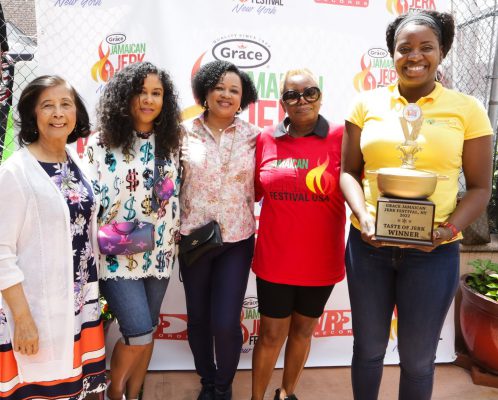 New York’s Grace Jamaica Jerk Festival organizers launched this year’s festivities with media and fans at the promotional event entitled “A Taste of Jerk”.  Festival Coordinator, Richard Lue, shared plans for this year’s event, scheduled for July 31 at Roy Wilkins Park, Queens. In celebration of the festival’s 10th anniversary, Lue announced details of the event as well as new features to include the 10th anniversary merchandise and a unique QR Code. The QR Code takes visitors to www.VPReggae.com where festival tickets, merchandise and products are available.

Guests heard from Jamaica’s Consul General Alsion Roach, celebrity chef Angela Yee of Power 105 FM New York’s Breakfast Club who said she was excited to be participating in the Cook-off. There was a buzz of excitement from the audience as Lue revealed the names of performers which includes Protoje, Lila Ike, Laa Lee, Romain Virgo and Christopher Martin. Offering a preview of what to expect at this year’s festival was the amazing Nigy Boy who delivered an impressive performance as well as Asase Yaa Cultural Group. Chefs and restaurants offered a sample of their signature Jerk dishes that will be available at this year’s event for patrons to feast on. 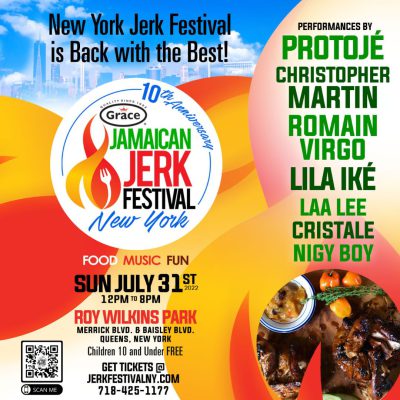 The Grace Jamaican Jerk Festival is New York’s signature Caribbean event merging food, music, and entertainment. Every year over 15,000 fun-loving guests attend to immerse themselves in a Caribbean cultural experience. This is a year of celebration, the festival’s 10th anniversary in New York, Jamaica’s 60th anniversary of independence and Grace Foods 100th anniversary. Organizers promise to make this year the best ever. 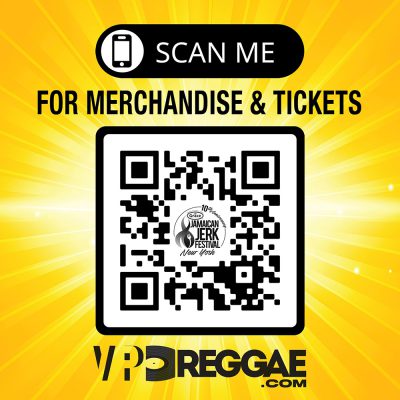