VP Associated Label Group (VPAL), a subsidiary of VP Records that offers worldwide independent digital and physical distribution for artists and labels, will release a series of new releases throughout the 2013 Summer season.

JUNE 18 (Out This Week)
JAHCOUSTIX – FREQUENCY 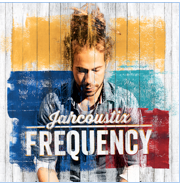 Jahcoustix’s youth was a nomad’s life, spending years in Mexico, Liberia, New York, Kenya and Egypt. He discovered music in Kenya where he began writing his first songs. After returning to Germany at the age of 20, Jahcoustix fully dedicated his life to music. Since then, Jahcoustix has released five studio albums and played over 1000 live concerts around the world in the last decade. 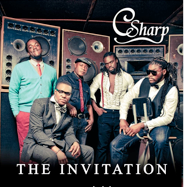 In 2001, five students started jamming out in Room 13 at the Edna Manley College of Visual and Performing Arts in Kingston, Jamaica. Over the years the group become known as C-Sharp. After honing their musical craft in both production and performance, C-Sharp’s popularity and presence rose to an international level.

On June 25, C-Sharp will release their album The Invitation. Their commitment and musical growth allowed C-Sharp to execute a fierce collection of hits. The album bonus track “No More,” made its way onto radio charts internationally and the title track is their first collaboration with one of reggae’s finest artists Busy Signal. The bright blissful anthem “Somewhere” celebrates the beauty and appeal of their native island. See the official video here. 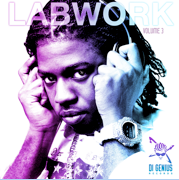 Stephen “Di Genius” McGregor, is at it again with the summer must-have album Labwork Vol.3. This monster 25-track double disc compilation includes some of Jamaica’s top artists with the biggest hits to date and will strike the perfect balance of dancehall and reggae.

Described by the New York Times as a “hit-making force in Jamaican music” and “one of the scene’s most influential producers for over half-a-decade” by MTV UK, Stephen McGregor has been rightfully defined in the media as a musical genius. At the age of 16 years he became one of island’s best producers. A son of Freddie McGregor, Stephen was exposed to music since he was born and almost lives in the Big Ship studio, the McGregor’s home studio. He has created beats for countless artists including Mavado, Estelle, Ne-Yo, Nelly Furtado, Sean Paul, Chino McGregor and Sean Paul.

Labwork Vol.3 will be available worldwide digitally and on CD for the first time with the collaboration of Di Genius Records & VPAL Music.

Producer Donovan Germain and Penthouse Records, who are known to release chart-topping music worldwide, are back with their most anticipated riddim Street Of Gold. The riddim is currently getting massive airplay in the Caribbean and gaining momentum in the U.S. and Canada.

Feature tracks include the hits “Hungry Days” by Busy Signal, “Why Should I Worry” by Romain Virgo and“Real Know Real” from the newcomer singjay D-Major. There will also be big tunes from Jimmy Cozier, Shuga, Exco Levi, Duane Stephenson and Sherieta.