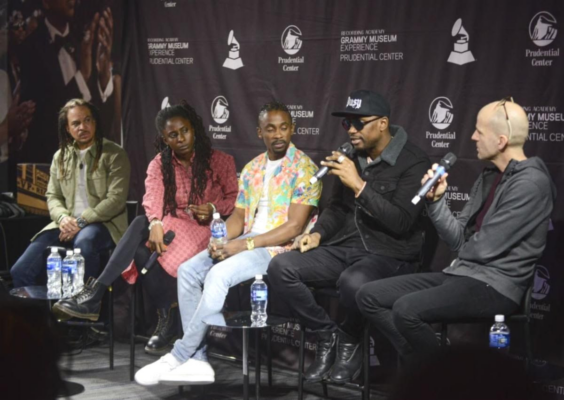 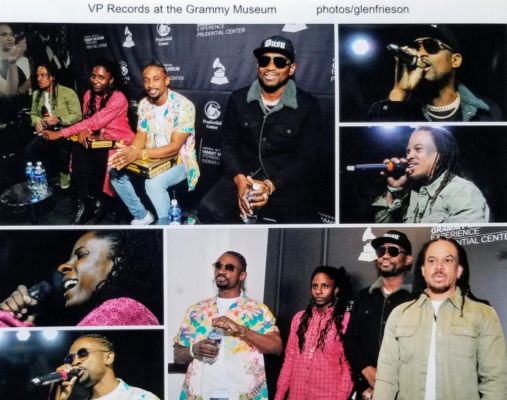 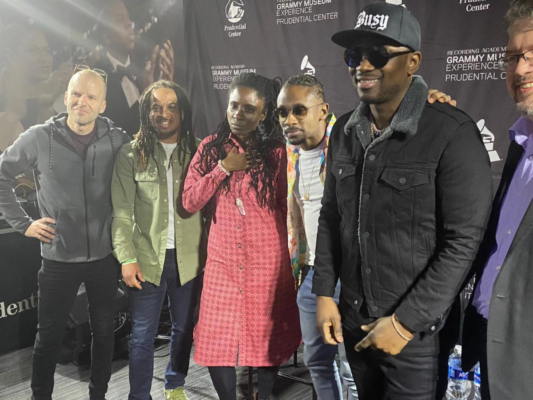 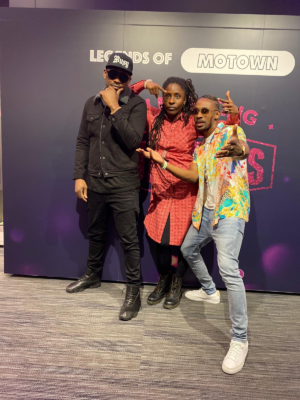 VP Records was honored to present the Down in Jamaica box set artist showcase at the GRAMMY Museum Experience TM Prudential Center, on Thursday, January 16th at 7:30 p.m. The event was part of the Museum’s programming, which highlights and explores the past, present and future of music, and the cultural context from which it emerges. This night was a proud moment for VP Records, as it cast light on four different reggae artists who have made their mark on the reggae industry in their own way, while also celebrating the vast legacy of the VP Records and its journey from Jamaica to New York.

The evening began with Red Fox, Jah9, Christopher Martin, and Busy Signal gathering for a panel to discuss their recent projects, creative process, and their contributions to the Down In Jamaica box set. The panel was moderated by box set curator and VP Catalog Director Carter Van Pelt. The discussion was followed by an audience Q&A and a 30-minute showcase performance that included songs from the box set and recent work. DJ Norie of Power 105 provided music, and special guests included Grammy Award winning producer Shaun Pizzonia (Sting International) and artist FH Snoop.

“It’s amazing to see our artists and label represented at The Grammy Museum during the same month as The 62nd annual award show,” said Chelsea Grant, Project Manager at VP Records. “Reggae music being synonymous with brands such as The Grammy Awards only helps propel the genre to substantial heights, and it’s an honor to have three of our current artists along with Red Fox tell their stories and discuss the box set. I think we did a thing for reggae,” she concluded. 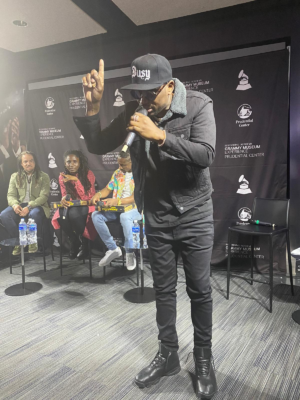 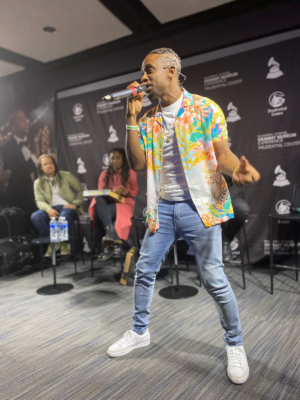 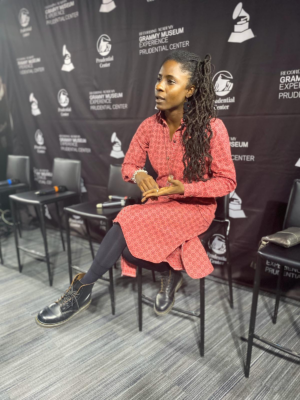 Busy Signal’s recent album Parts of The Puzzle, which came out in October 2019, will be eligible for the Grammy Award for Best Reggae Album consideration in 2021. It features popular singles ‘Stay So’ (30+ million views on YouTube), ‘One Way’, ‘Dolla Van’ and ‘Got To Tell You’. The four tracks have amassed millions of social media impressions to date, weekly streams in the hundreds of thousands and active rotations on mix-show radio in the US, as well as massive street credibility. Busy Signal’s hit song “One More Night” is featured on the acclaimed box set, Down In Jamaica: 40 Years Of VP Records.

Jah9 delves into an introspective sonic journey that enlightens its listeners along the way on her third studio album Note To Self, due March 13, 2020 on VP Records, also eligible for Best Reggae Album in 2021. As one of the leading forces in contemporary Jamaican music, the multi-talented artist and yogi blends her signature “jazz on dub” with reggae, soul and afrobeat into a rich warm concoction that celebrates wellness and love through a lens of clarity and strength. Her track “Hardcore” (featuring Chronixx) is the last track on the Down In Jamaica box set.

Debuting at number 1 on The Billboard Reggae Chart, Martin’s sophomore offering And Then released May 2019, presents a well-rounded mix of ballads and up-tempo jams, showcasing his musical versatility and growth with a celebration centered around themes of love, rising above hardship and finding the good in every situation. And Then is the follow up to Martin’s debut full length-album, Big Deal, which reached the top 5 on the Reggae Billboard Charts in 2017. Martin’s hit track “Big Deal” is featured on the Down In Jamaica box set.

Red Fox’s iconic dancehall track with Naturalee, “Down In Jamaica,” was the inspiration for the title of the Down In Jamaica: 40 Years Of VP Records box set, which was released in October 2019 and will be eligible for the Grammy Award in three categories in 2021: Best Box Set, Best Liner Notes, and Best Historical Compilation.

JAH9 ANNOUNCES DETAILS FOR HER – THIRD STUDIO ALBUM NOTE TO SELF OUT MARCH 13, 2020 ON VP RECORDS ›