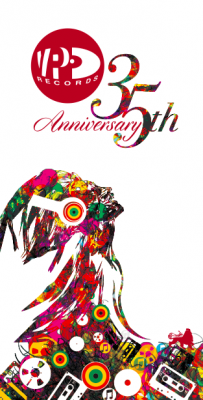 From ska to rocksteady, roots reggae to dub, lover’s rock to dancehall – VP Records has been at the forefront of Jamaica’s musical evolution. 2014 marks the 35th anniversary when its founders Vincent and his wife Patricia Chin moved their headquarters from Kingston, Jamaica to Jamaica, New York transforming their operations into the largest reggae company worldwide. On Sunday July 20th, 2014, VP Records will celebrate their story and the history of reggae music with a special pop-up exhibit that will debut at the fourth annual Grace Jamaican Jerk Festival, held at Queens’ Roy Wilkins Park. For more information on the festival visitwww.jerkfestivalny.com.

The VP Records 35th Anniversary exhibit will feature a visually appealing storyboard installation designed by Michael Thompson. There will be a detailed map exploring the global impact of reggae music in every continent and an illustrative timeline covering each era – beginning in 1958 (when the Chins established Randy’s Record Mart and Studio 17 in Kingston, Jamaica).

A short video documentary will air as part of the installation. The video’s narrator and Sirius XM reggae personality Pat McKay will walk the viewers through the social and political history of Jamaican music and explain how VP Records is a key contributor to its growth, development and future. In an excerpt from the video, McKay explains that “Vincent and Pat’s move to New York and the founding of VP Record’s Distribution formed an independent and vital channel from Jamaica to the world. The classic recordings of the period made an indelible mark and established reggae as a dominant form of the developing ‘world music’ genre.”

VP Records co-founder Patricia Chin along with her sons Christopher and Randy Chin, who run and operate the label today, will be on site at Grace Jamaican Jerk Festival and available for interviews. After the exhibit’s debut, the label plans to take this traveling installation into other markets throughout the rest of the year. More details to be announced at a later date.