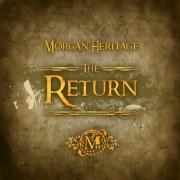 The legendary 5-piece reggae group Morgan Heritage release their brand new digital EP The Return today, September 25. After various solo projects, Morgan Heritage is also preparing for their first new studio album in four years, slated to drop at the top of 2013. The 4-song EP, produced by Shane Brown, gives fans a taste of whats to come and is on the heels of the group’s massively successful Europe tour spanning Holland, Sweden, France, Italy, England Belgium, Spain and Poland. The band rocked major stage shows including The Garance Reggae festival to over 50,000 fans in the south of France and Indigo2 at London’s famed O2 arena during the 2012 Olympic Games.

Incorporating live footage from the tour and on the road, Morgan Heritage unleash their brand new video from the EP’s opening title track “The Return.” Check out the world premiere today on Boomshots and support on Complex.

Born in Brooklyn’s Bushwick neighborhood and raised in Springfield, Massachusetts, Morgan Heritage is comprised of reggae veteran Denroy Morgan’s five offspring – Una Morgan (keyboard/vocals), Peetah Morgan (vocals), Roy “Gramps” Morgan (keyboard/vocals), Nakhamyah “Lukes” Morgan (rhythm guitar) and Memmalatel “Mr. Mojo” Morgan (percussion). Growing up with intensive vocal and instrumental training, the Morgan family was exposed to everything from the godfathers of roots reggae to top 40 U.S. radio. The band was signed to MCA Records in the 90’s, triggering one of the most impressive streaks in modern-day reggae. For over 15 years, the band has racked up several hits and albums in Jamaica and abroad – working with highly respected Jamaican producers, such as Lloyd “King Jammy” James and Bobby Digital – and also had respective solo careers and music ventures of their own.