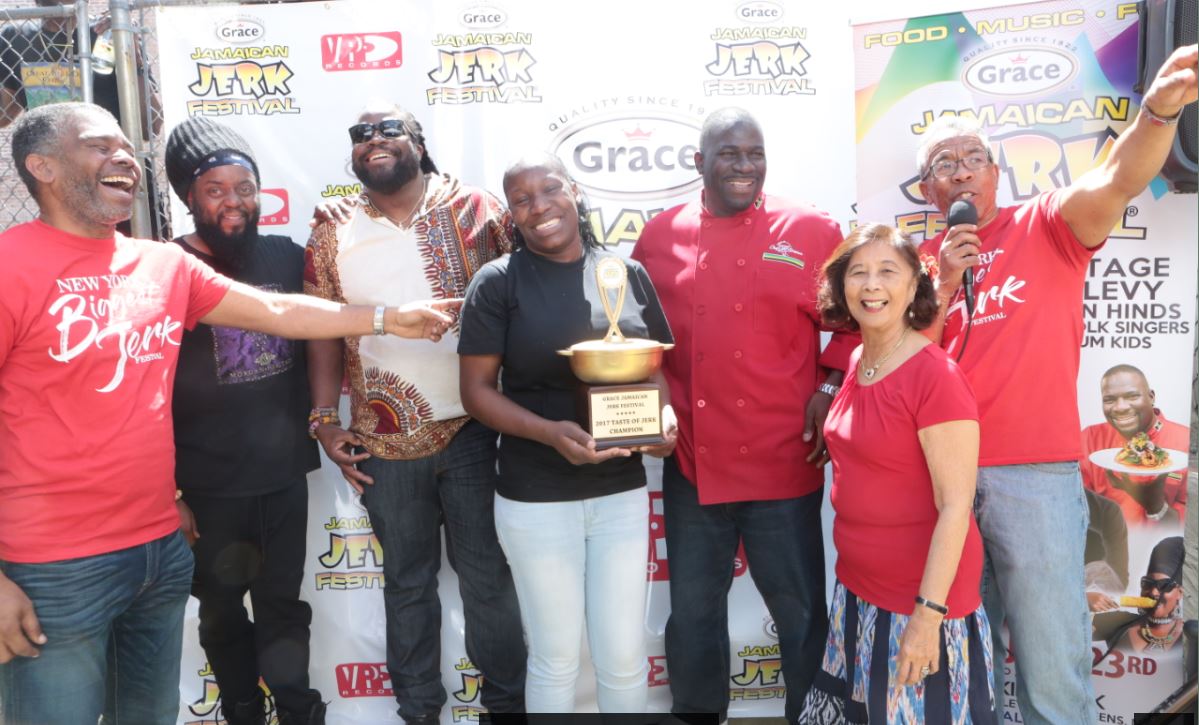 On Saturday June 3rd, 2017, The Grace Jamaican Jerk Festival held their Taste of Jerk Kick-Off event at the VP Records retail Store in Jamaica Queens. The annual occasion serves as a way to notify the press of the various performers, food vendors and entertainment they can expect at the festival taking place Sunday July 23rd at Roy Wilkins Park in Queens from 12-8pm. The press conference and food competition was held from 12-2pm, while the public participated in the festivities which included a live remote by Irie Jam Radio, from 2-5pm. 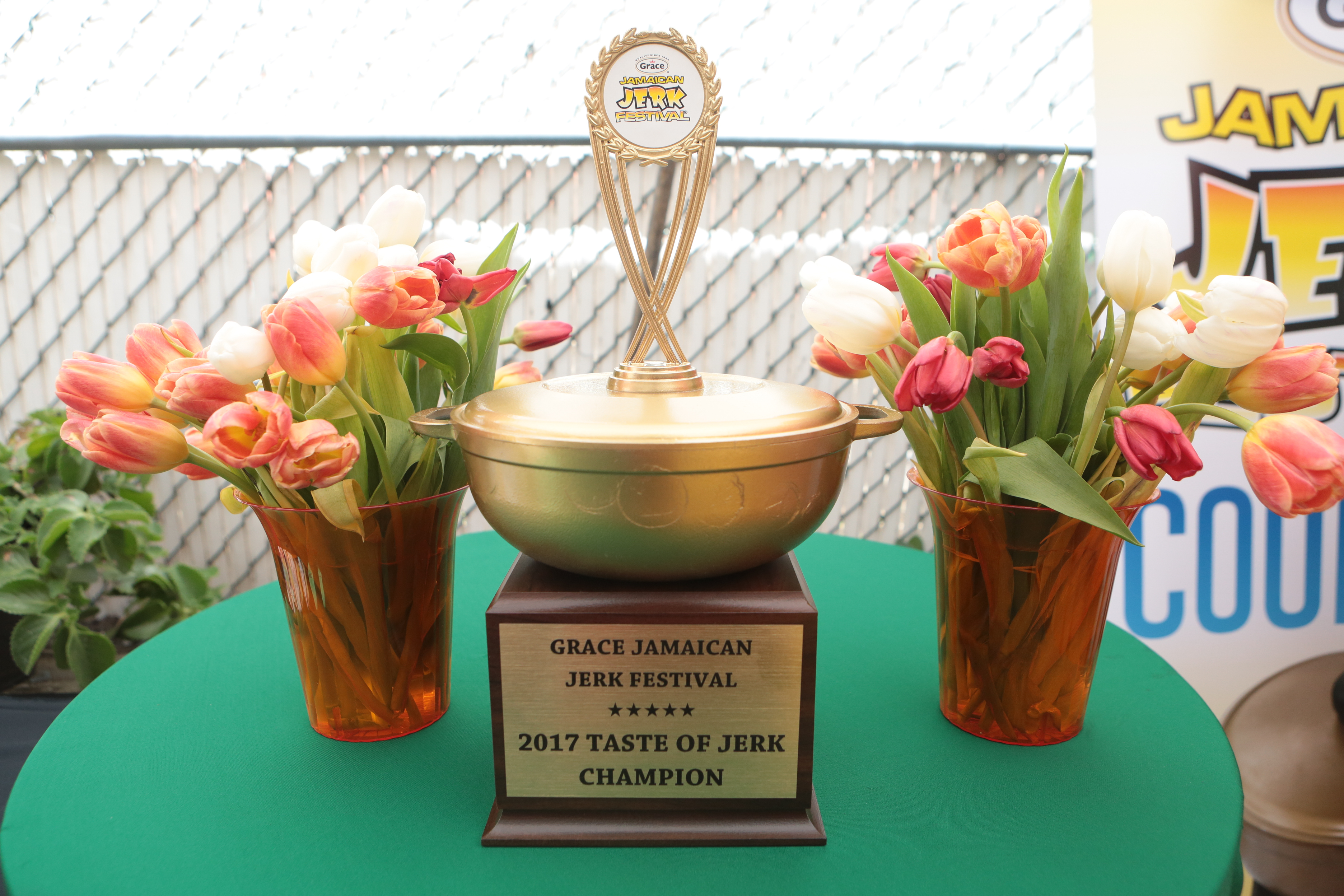 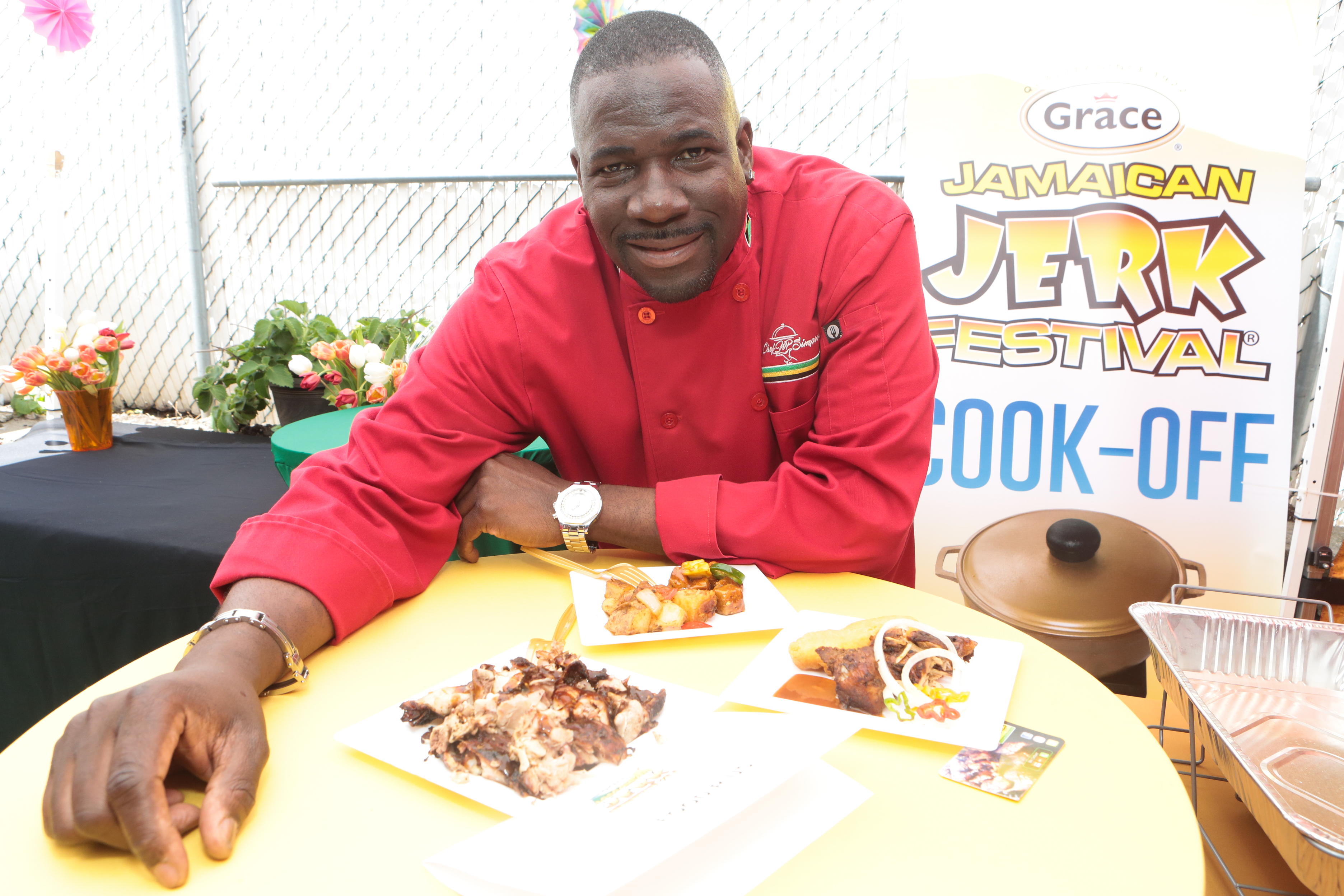 Coming off the heels of a 2017 Grammy(R), Morgan Heritage, who will be performing at this year’s festival signed copies of their latest album Avrakedabra and took photos with attendees. Also performing at the 2017 Grace Jamaican Jerk Festival New York are current dancehall sensation Konshens, Reggae legend Barrington Levy, Soca star Alison Hinds as well as Blakka Ellis and The Braata Folk Singers.

Patricia Chin, founder of VP Records, graciously told the crowd “VP Records is excited to be part of the Grace Jamaican Jerk Festival for the past 7 years. This event has been all about community building.”

Tickets are valued at $35.00 in advance and $45.00 at the event. Online tickets are available for purchase at : https://jerkfestivalny.com/tickets/.

Visit https://jerkfestivalny.com for more information. Stay up to date via social media, find the Grace Jamaican Festival on Facebook and Instagram.