Charismatic, sexy and lyrically lethal are words that could be used to describe the fast-rising deejay, Spice, who even at her first major appearance at Sting 2000 made it clear that she was here to stay. Today, she continues to enjoy unprecedented success courtesy of her recent hit, Jim Screechie and the collaboration hit, Ramping Shop, with Vybz Kartel, which had become a fixture on the Billboard R &B charts, debuting at # 96 spot. The single also received immense rotation on mainstream urban stations including: HOT 97 and POWER105.1, all of which helped to boost her international appeal.

But getting to this point started more than a decade ago.

Born Grace Hamilton, she grew up in the crushing poverty of the Old Braeton community in Portmore, St. Catherine. While attending St. Catherine High School she distinguished herself in the annual Jamaica Culture Development Commission’s (JCDC) festival contest in music, winning several gold medals. Spice eventually graduated from school with eight CXC subjects and immediately enrolled at the Edna Manley School for the Visual and Performing Arts to study voice and drama.

However, she soon began to experiment with deejaying and in no time, she generated interest in her community with her musical abilities at local stage shows. In 1999, her appearances on popular JACS cable station gave her exposure and soon after, Spice began to gain a reputation for her blistering lyrics, high energy and risqué stage performances.

In 2000, veteran promoter, Heavy D from Supreme Promotions discovered her talent and wasted no time giving her the chance to perform at Sting 2000. There, she delivered an excellent performance in front of Stings usually acerbic crowd and earned four encores. That night a dancehall star was born.

Following this, well-known manager, Earlton Clarke who is credited with dancehall artiste, Mr. Lexx’s early success, saw Spice’s potential. He went on to manage her for two years until she went on to self-manage her career. Spice has since then maintained that her early training with Clarke has helped her career over the years.

In early 2002 while on tour in England with Ward 21 and Baby Cham and no hit to her credit, Spice again delivered an astounding performance and in the process earned the respect of Baby Cham, who later took her under his musical wings and introduced her to Dave Kelly. There, Spice recorded her first single on the Mad House Label, Mi Gone on the Pretty Pretty rhythm. The single went on to do well both locally and internationally.

Soon after, Spice recorded Hype and Right There (with TOI) on Dave Kelly’s Bad Gal rhythm and the videos created even more inroads for her. She then released one of her biggest local hits, Fight Ova Man, which created major waves in the dancehall. Spice continued to perform overseas for several years earning a reputation as one of dancehall’s most consistent artistes.

In 2007, she became a mother and soon after, returned to the stage. In late 2008, she visited Guyana to do a show with Vybz Kartel and while there, a beverage company asked both artistes to stay an additional two days to shoot a commercial. There, she began a friendship with Vybz Kartel, so much so that they decided to do collaborations together and after returning to Jamaica, they voiced Ramping Shop.

In late 2009, the racy lyrics in Ramping Shop ignited a number of debates questioning the songs impact on the younger generation. This quickly prompted the Broadcasting Commission to implement a radio ban on all songs that necessitated editing of any kind. However, it seems the ban merely fuelled the popularity of the song and a PG 13 version of the song voiced was soon re-voiced by Kartel and Spice. To date, the song has received almost 10 million you tube hits.

The songs overseas popularity only further fueled demand for Spice at the shows, some of which include: the annual Best Of The Best concert in Florida, Reggae Sumfest (Jamaica) and Irie Jamboree in New York. Spice says, “The dancehall public in the USA has accepted me and it’s great. I have really worked hard to get to this stage of my career.”

Spice has also started to diversify her business interests as an entrepreneur starting a ‘Spicey Empire’. She opted to open a high-end clothing store called ‘Spicey Couture’ in the upscale Mall Plaza in St. Andrew.

On the musical side of things, in 2010 she again walked away with the ‘Female Dancehall Artiste of the Year’ award at the EME awards. She also recently collaborated with popular female entertainer Pamputtae for the single Slim vs. Fluffy which ruled the local airwaves and dominated the number one spot on the Canadian dancehall charts.

Immediately following that, Spice’s single, Jim Screechie was an instant hit and dominated the Caribbean airwaves for more than a year – even during her hiatus when she gave birth to her daughter. The steamy single was immediately well received locally and internationally and the video for “Jim Screechie,” featured her fiancée’ who played the role of “Jim Screechie” in the song. The song became one of 2010’s biggest hits and re-affirmed her status, as one of Dancehall’s must see acts.

However, the deejay would again return with a vengeance as she improved her international repertoire; collaborating with emerging English Dancehall act, Gappy Ranks for “Whatever We like.” She also unveiled the single, “Not After Your Love,” featuring American born singer Bar-Bee and unveiling songs such as “Put It Paan Mi,” on the Notnice/Corey Todd Records produced, Takeover Riddim while her most recent hit song was the effort, “Hot Patty Wine,” produced by Tenement Yard Records.

Spice performed live onstage with R&B singer Ne-Yo during his concert at the ATI weekend in Negril Aug 2011 and has done a number of other celebrated singles including a collab with R&B Singer Mya “Take Him Out” Run Joe Run, Body Great, Dear Honorable, Collab with Tifa – “Why you mad”, Come Inside, Twerk, Dun Wife and recently “So Mi Like It” on the Boombox Riddim for Notnice Records.

Spice is a cast member of VH1’s Love and Hip-Hop Atlanta (2017 to present), and winner of the MTV Award for Reality Royalty Award, Spice has also made a guest appearance on The Bachelor Presents: Listen to Your Heart (2020). Spice has released hit singles “Frenz,” “So Mi Like It,” and “Conjugal Visit” featuring Vybz Kartel. Throughout her illustrious career, she has had seven Top 10 singles and 10 music videos that have each streamed 2 million+.

Spice’s reign at the top of the reggae/dancehall music kingdom is acknowledged by Billboard, Apple Music and Spotify who have placed her at the top of their charts for her genre. Her loyal fan base has collectively streamed her music more than 433 million times on YouTube and more than 65 million times on Spotify making her one of the most streamed female artists in her genre.

Dubbed the “fashion forward Queen of Dancehall” by VOGUE, Spice – a successful entrepreneur –  has established a name for herself in both beauty and fashion with a make-up line, Faces and Laces and clothing collection, Graci Noir.

The hard-working mother of two has received the YVA Award for Female Artist of the Year 7 consecutive times, and the IRWAMA Award for Female DJ of the Year; Spice has been nominated for the UK’s coveted MOBO Award and has amassed a loyal audience with 3.4 million followers on Instagram, and 1.3 million YouTube subscribers. 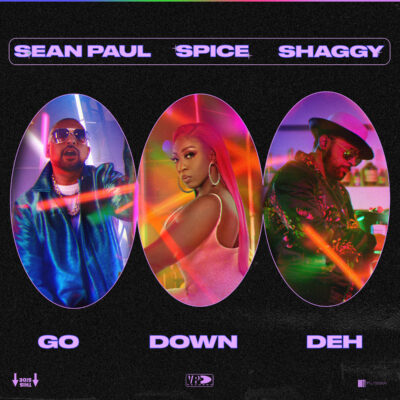 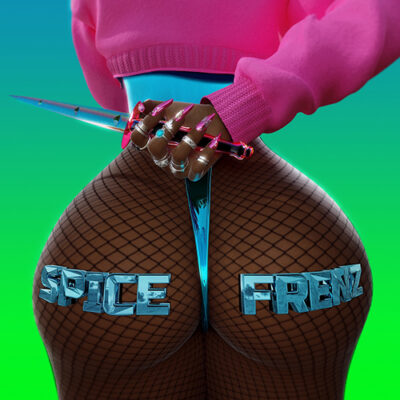 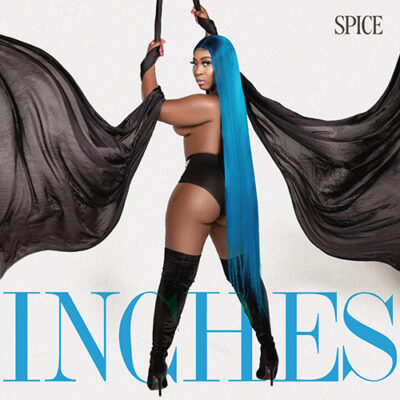 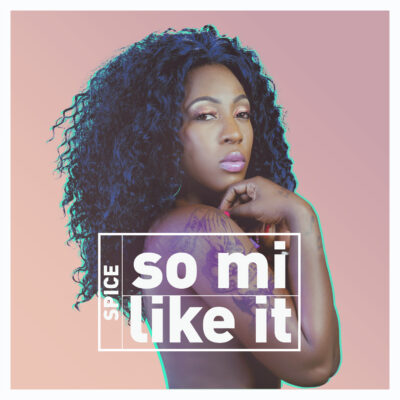