Peer to Peer with Rocky Dawuni 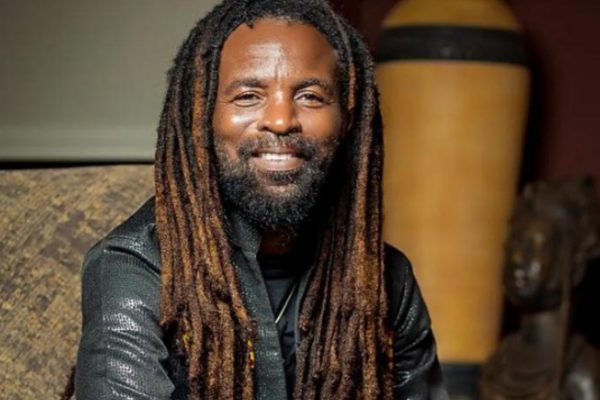 International music star and humanitarian activist Rocky Dawuni straddles the boundaries between Africa, the Caribbean and the U.S. to create an appealing sound that unites generations and cultures. With an easy-going charisma and reputation as a dedicated champion of social causes, Dawuni’s infectious grooves and dance-inducing anthems have consistently excited fans across the globe.

We sat down with the GRAMMY-Nominated artist for a Q&A:

VP: How did you get your start in the business?
RD: I was always very drawn to music since I was a child. I would seek out people with records, live bands and anything that I could lay my hands on but I felt deep within myself that was a mission. Outside of traditional African music in Ghana, Reggae music became one of my first attractions because of its socio-political focus. This conviction has never left me and I build upon it gradually from Ghana to the US and around the world.

RD:  I would say my first “notable” project globally happened with my second album “Crusade” which contained the song “In Ghana” that became a huge hit in my native country – to the point where to this day it is an anthem of the nation. The song was also licensed by Putumayo for their very popular “Reggae Around the World” CD which set me on course to embrace a bigger international audience.

RD: In terms of breakthroughs, I have had quite a number of them but one that really comes to mind was the honor of performing live with Stevie Wonder at the Hollywood Bowl. That was pure magic standing in front of 20,000 people with a legend of his caliber and playing my own “Afro Roots Vibrations” song from my album “Book of Changes.” That album went on to be one of my most licensed recordings with features in major TV shows and videogames which helped to expose my music internationally.

RD:  I am currently working on the follow up album to the GRAMMY nominated album “Voice of Bunbon, Vol. 1.” This is my second nomination in the “Best Global Music” category. (The first was for “Best Reggae Album” for “Branches of the Same Tree” in 2016.)  This was the first  (and second) GRAMMY nomination for my country Ghana. I will be releasing some singles this year which will eventually culminate in a new album. The next project will continue to expand dimensions of my signature Afro Roots sound highlighting more elements of Afrobeat, Afro-Dancehall, Reggae  and Highlife music. The first single is loading very soon so stay tuned!

RD:  I listen to all sorts of music just keep my inspirations diverse. Right now, in terms of Reggae I am listening to newer artists like Blvk H3ro and Mortimer. In Ghana I am listening to Black Sherif, Kofi Jamar, Pure Akan among many others. But honestly, I listen to everything from pop classics to rock to blues to traditional African music.

Listen to Rocky on Spotify:

‹ Peer to Peer with Macka B

Peer to Peer with Mini Emoven ›