Peer to Peer With Nikki Z 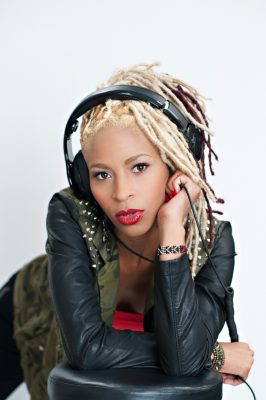 Nikki Z, the self-driven and hard-working media personality is keeping listeners tuned in to her worldwide syndicated program “Nikki Z Live” on the Bridge 99FM in Jamaica.

As creator and producer of her show, she has garnered the interest of companies like Comedy Central, FUBU Y2G, B.E.T to name a few.  Recently Nikki hosted DJ Cassidy and his televised special Pass The Mic – Jamaica Edition.

NZ:  I got my start by a man name Donovan Longmore in Hartford CT. I always had interest in entertainment but it was through him I hosted my first stage show as well as my first time on air. It was love at first broadcast.

NZ:  My first notable project was being the first female to host a Caribbean show on a commercial urban radio dial in Connecticut. A radio station called Jamz 910.

NZ:  My first notable achievement was moving to Jamaica as a virtual unknown with $2,000usd and a hope, wish and a dream. Then turning that dream into a reality.

VP:  what are you working on now/ next?

NZ:  My current project I don’t want to talk to much about. But I will say it’s time to unite bands around the world who are waving the reggae flag. Reggae has been divided to long. I hope to bridge a little gap for that. I want to push and elevate our industry in any way I can and it wouldn’t hurt to do some traveling while I do it.

NZ:  Currently I am loving the new talent on the road Fyah Roiall, Inezi, Skaii, Zac Jones.  Aside from that my streams are mainly Koffee, Chronixx, Protoje, Lila Ike, Sevana, Teejay, Govana and a whole heap of Old School (laughs)!