Peer to Peer with Jamie Rodigan 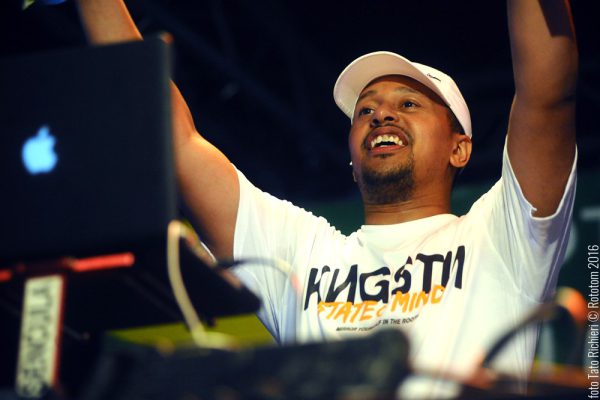 Originally hailing from West London, Jamie Rodigan has grown up with music in his blood. The son of the legendary radio broadcaster Sir David ‘RamJam’ Rodigan, music has played a pivotal role throughout his life. Jamie developed a love for reggae music through his trips to Jamaica in his youth with his father.

VP:  What motivated you to pursue a career in music?

JR:  I was immersed in music from a young age. I studied piano from the age of 7 and started to build beats on my school computer around 13 years old using Cubase. I used to experiment a lot but didn’t take music production seriously until I was a bit older. I listened to pirate radio, tape packs and sound tapes from Jamaica religiously. My family worked in the music business so I was exposed to it a lot. I knew fairly early on in life that music was something I was passionate about and that I wanted to be a part of.

VP:  Which 3 Reggae albums have inspired you most?

VP:  What events and projects do you have coming up?

JR:  I’m going to be at XOYO for Jungle Cakes Xmas Bash on December 2nd and Back to 95 on Boxing Day at Ministry of Sound playing a 90s Dancehall special. I have a new single coming with Crate Classics and Tres, a Congolese Afrobeats artist based here in the UK which will be released at the end of November plus new Crate Classics singles in the new year featuring Yung Saber, Pesolife and Jodian Natty.

Right now we’re working with an incredibly talented new artist out of Clarendon, Jamaica named Cres. We have a single out and a video at the moment called “Buu” which is getting some great feedback. We’re also working closely with Jodian Natty and Yung Saber based here in London who are super talented.