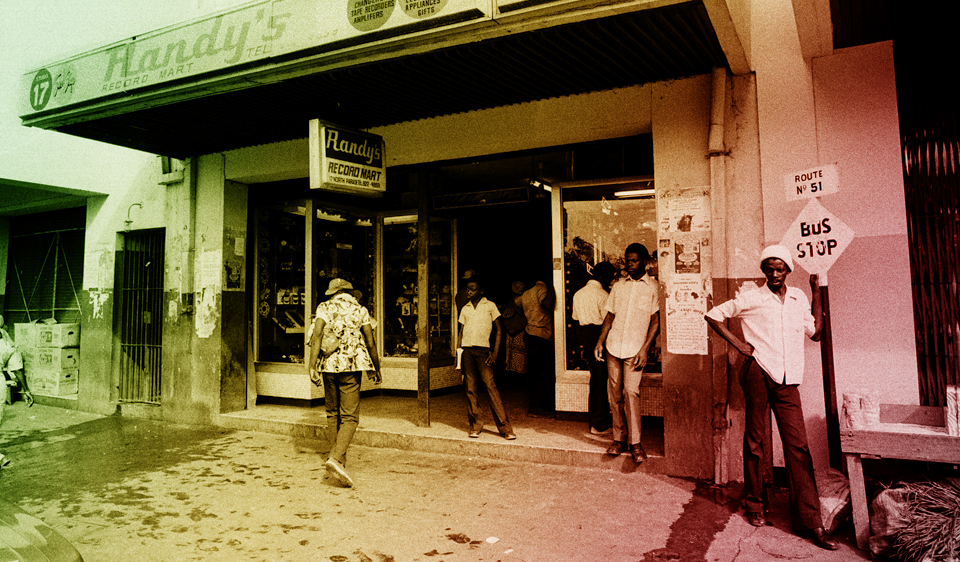 VP Records based in Jamaica, Queens NY, is a major pioneering force in the reggae music industry.  Home to global superstars such as Sean Paul, Gyptian, Elephant Man, Beres Hammond, Tanya Stephens, Lady Saw, I-Wayne, Morgan Heritage and others, VP is the only record label that represents the full spectrum of Caribbean music from roots & culture to Soca and dancehall.  The leading label officially became the genre’s powerhouse with the acquisition of its long-time contender Greensleeves Records & Publishing in 2008. With VP and Greensleeves combined catalog, Greensleeves Publishing became the leading source for reggae music publishing worldwide. Since its acquisition, VP Records has also expanded the label’s operations with a Live Events and Tour Booking division, new imprints including 17 North Parade, Dub Rockers and VPAL, the global distribution network for the genre’s independent artists and their label counterparts. The future only looks brighter for the world’s largest reggae label.

It all began over 50 years ago with reggae pioneers, Vincent Chin and his wife Patricia (their initials leading to the name “VP”), in their native Kingston, Jamaica. Mr. Chin received his first taste of the music business maintaining the jukeboxes at bars around the island. This led his creative and enterprising mind to recognize the opportunity to sell the old records that would otherwise be discarded for new ones. The entrepreneurial couple quickly learned hands-on the business of music merchandising.

In 1958, the success of the Chin’s jukebox record venture led to the opening of a landmark retail store at 17 N. Parade, Randy’s Records in downtown Kingston. Within a few years, the Chins opened Studio 17, a production facility frequented by legendary artists Bob Marley, Peter Tosh, Gregory Isaacs and others. In the mid-70s, the Chins moved to America and brought their business along with them to service the growing Caribbean market in the U.S.

In 1979, Jamaica Queens, NY became the home of Vincent and Pat Chin’s U.S. retail store, VP Records. From the start, the couple quickly became major producers and wholesale distributors of reggae as they established supply lines to record stores all across North America. During these years they earned the right to their slogan “Miles Ahead in Reggae Music,” as they became the world’s leading distributor of music from Jamaica and other islands of the Caribbean.

In 1993, the Chins made the next obvious move and established an impressive record label. From Shabba Ranks and Super Cat to Beres Hammond, Luciano and Sizzla to Sean Paul and Beenie Man, VP Records became home to some of the top acts in reggae music.

Releasing an average of 50 albums per year, VP is known for carrying the hottest artists and the most current compilations. The Reggae Gold series has been the best-selling and most popular annual compilation series since 1992. Year in and year out spawning hits like Sean Paul’s breakthrough “Gimme the Light”, “Give It To Her” by Tanto Metro & Devonte (20 weeks on the Billboard Hot 100 chart), #1 sellers “Hold Yuh” by Gyptian (which peaked at #78 on Billboard’s Hot 100 chart), “Dutty Wine” by Tony Matterhorn and “This Is Why I’m Hot” by MIMS and Junior Reid.

Dictionary-The Mystery and most recently, Sly & Robbie and Spicy Chocolate’s The Reggae Power.

VP’s dancehall success started 17 years ago with the inroads made by Beenie Man from his hit albums Many Moods of Moses and The Doctor. Bennie’s “Who Am I” single sold over 250,000 units, pushing his career into the international arena. VP Records was also instrumental in launching the career of superstar Sean Paul. In 2000, VP released Sean’s debut album Stage One, which featured his first radio hits “Deport Dem” and “Hot Gal Today.” In 2002 with a joint venture between VP and Atlantic Records, his second album Dutty Rock stunned the industry by selling more than 6 million copies worldwide. The set reached No. 9 on The Billboard 200 and spawned the No. 1 Billboard Hot 100 and Hot 100 Airplay single “Get Busy” as well as Top 10 Billboard smashes “Gimme The Light” and “I’m Still In Love” ft. Sasha. The Trinity includes the #1 Billboard Hot 100 hit “Temperature” and reached double platinum sales and his 2009 Imperial Blaze album charted at #1 on Billboard Rap chart. VP continues to dominant the dancehall arena today with the genre’s next generation of stars including Elephant Man, Mavado, I-Octane and Busy Signal.

VP is not only responsible for modern day sounds, but devoted itself to bringing back to life some of the most classic reggae material from the early era.  Launched in 2007 by VP Records, the 17 North Parade imprint pays homage to the historic location of Randy’s Record Mart, the premier recording studio and record shop in Kingston, and the Mecca for Reggae music between the late 60s and 70’s. Drawing on some of the best reggae catalogs in the world, much of the classic material found on 17 North Parade will make its first appearance on CD and digitally, with re-mastered audio, rare bonus tracks, extensive liner notes and more!!!  Exclusively featuring music from such prominent producers/ labels as Joe Gibbs, Penthouse Records, Powerhouse, Music Works and King Jammy’s amongst others, each 17 North Parade release will belong to one of three very distinct catalog series (Reggae Rewind, Selector’s Choice and Reggae Anthology) that define both the contemporary and classic eras in Jamaican music.

VP continued its expansion with the acquisition of its #1 competitor, Greensleeves Records & Publishing in February 2008. Chris Chin and Randy Chin, respectively Chief Executive Officer and President of VP Records, added: “Greensleeves label and its founders had a long term commitment to Reggae music and no one is better positioned than VP Records to understand the need to respect this legacy started by its founders Chris Sedgwick & Chris Cracknell in 1977. We will ensure that Greensleeves remains alive as a brand synonymous with excellence in Reggae and Dancehall music.” VP Records preserved their music and expand its presence, catalog and publishing. Today, Greensleeves Publishing’s vast catalog of over 35,000 songs makes them the largest reggae publishing company worldwide. The catalog is filled reggae hits from artists like Rihanna, Dennis Brown, Yellowman, Culture, Sean Paul, Black Eyed Peas, Jay-Z, Estelle, Akon, Shaggy and more. The music has landed prestigious placement on networks like HBO and Sony Pictures and with major brands like Puma and L’Oreal.

In April 2012, VP Records launched Dub Rockers a new outlet for non-traditional reggae. The imprint is focused on developing artists and music targeted at the audience that comes to reggae via rock music influences rather than its traditional roots. This first release on the imprint is a collection of remixes and pairings of California and European artists with Jamaican vocalists titled Dub Rockers Vol. 1.

By staying true to their roots, VP Records has become a crucial link between reggae music and culture and an ever-growing market of reggae enthusiasts around the world. After over 30 years in the game, the Chin family looks forward to the future with confidence, knowing that they have built a business that is poised to take Caribbean culture to the highest heights.