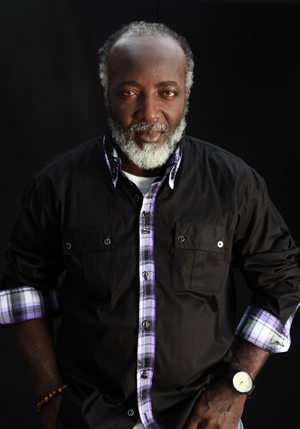 With his deep reggae catalogue spanning almost five decades, Freddie McGregor is one of the few first-generation reggae icons here today who has blazed a path through virtually every stage of the genre – from ska, rock steady to early and modern day reggae. Tomorrow on January 29, 2013, he takes the reigns once again with ‘Di Captain’ (VP Records/Big Ship), his brand new studio album after four years in the making. The album’s title refers slyly to his continued status as captain of his Big Ship production complex.

This 16-track collection demonstrates Freddie’s magnificent talents as a songwriter and his taste for cover versions, romantic ballads and strong cultural messages. Original songs include the heartfelt tribute to his island “Move Up Jamaica,” the powerfully pleading “More Love in the Ghetto” and earnestly romantic and gospel-flavored “Love I Believe In.” As for cover versions, Freddie’s draws from a wide and varied array of great pop anthems (Beatles’ “You Won’t See Me,” Luther Vandross’ “A House Is Not a Home”) and reggae songs of the past (“Bob Marley’s “Rainbow Country,” The Heptones’ “Equal Rights”). Each rendition is infused with Freddie’s own unmistakable vibe and rich, soulful vocals.

“These songs were very specially chosen,” Freddie says. “We took the greatest pains in making sure these would be classic songs that will last for a long time. I chose songs like “Equal Rights” because I love the message and because the youth need to hear it. We made a special effort to keep it as grass-roots as we can.”

Members of Jamaica’s studio A-list perform on the album – from the great bass-and-drum duos of Mafia & Fluxy and Steely & Clevie to session aces like saxophonist Dean Fraser and keyboardist Carlton “Bubblers” Ogilvie. Former Heptones frontman Leroy Sibbles lends his talents as a bass player on several tracks, including Freddie’s excellent version of their hit “Equal Rights.” ‘Di Captain’ also features guest vocals from up-and-coming artists like Etana on “Let It Be Me” and Gappy Ranks on “Standing Strong,” a remake of Freddie’s 1980s hit “Bobby Bobylon.”

FREDDIE McGREGOR
Freddie has been on the scene from the earliest days of ska when he joined the popular duo the Clarendonians at seven-years-old. He then went on to record for the legendary Studio One during the glory days of rock steady and early reggae, singing for the Generation Gap and Soul Syndicate band. As a solo artist, he is responsible for roots and culture classics like “Rastaman Camp” and “Mark of the Beast.” In addition to Jamaican music, Freddie always had a knack for American soul music and some of his early iconic covers included Main Ingredient’s “Just Don’t Want to Be Lonely” and Tyrone Davis’s “Can I Change My Mind.” He has worked with legendary Jamaican reggae producers like Niney the Observer, Coxsone Dodd, and Linval Thompson and at the end of the 1980s decided to establish his own recording studio and record label, Big Ship.

With roots extending back to the earliest days of Jamaican music, the deep and multifaceted Freddie McGregor is dedicated to moving reggae into the future with hope and positivity. “Bob Marley took this music to a real high level,” he observes, “and we should all try to keep it there.” The Captain of the Big Ship is doing just that.