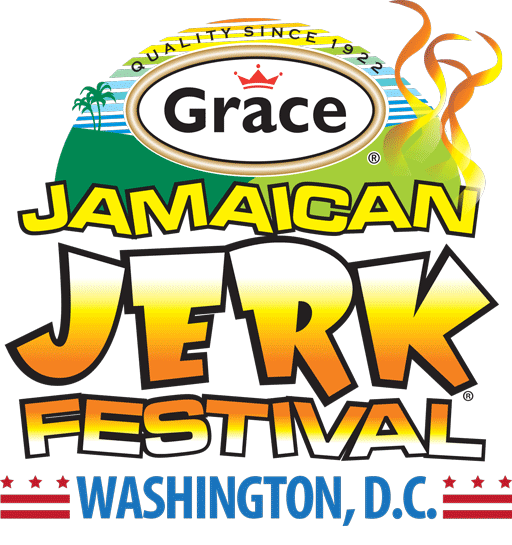 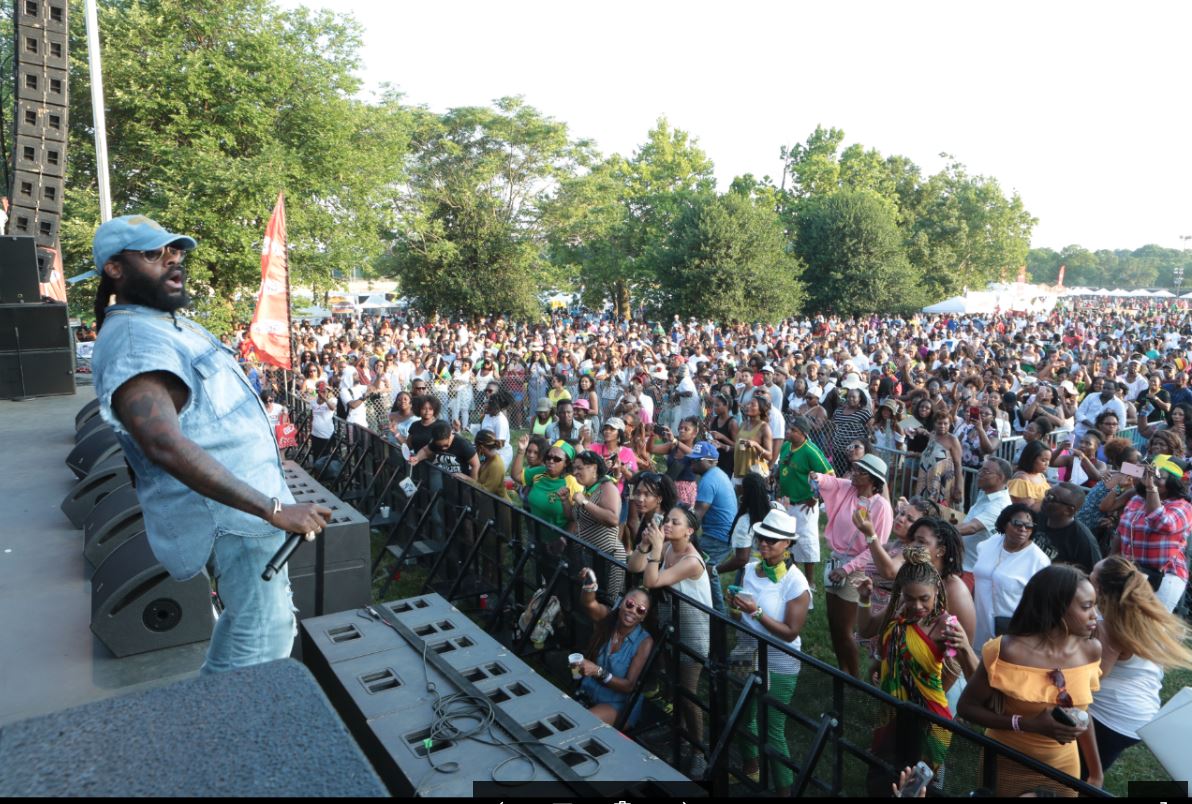 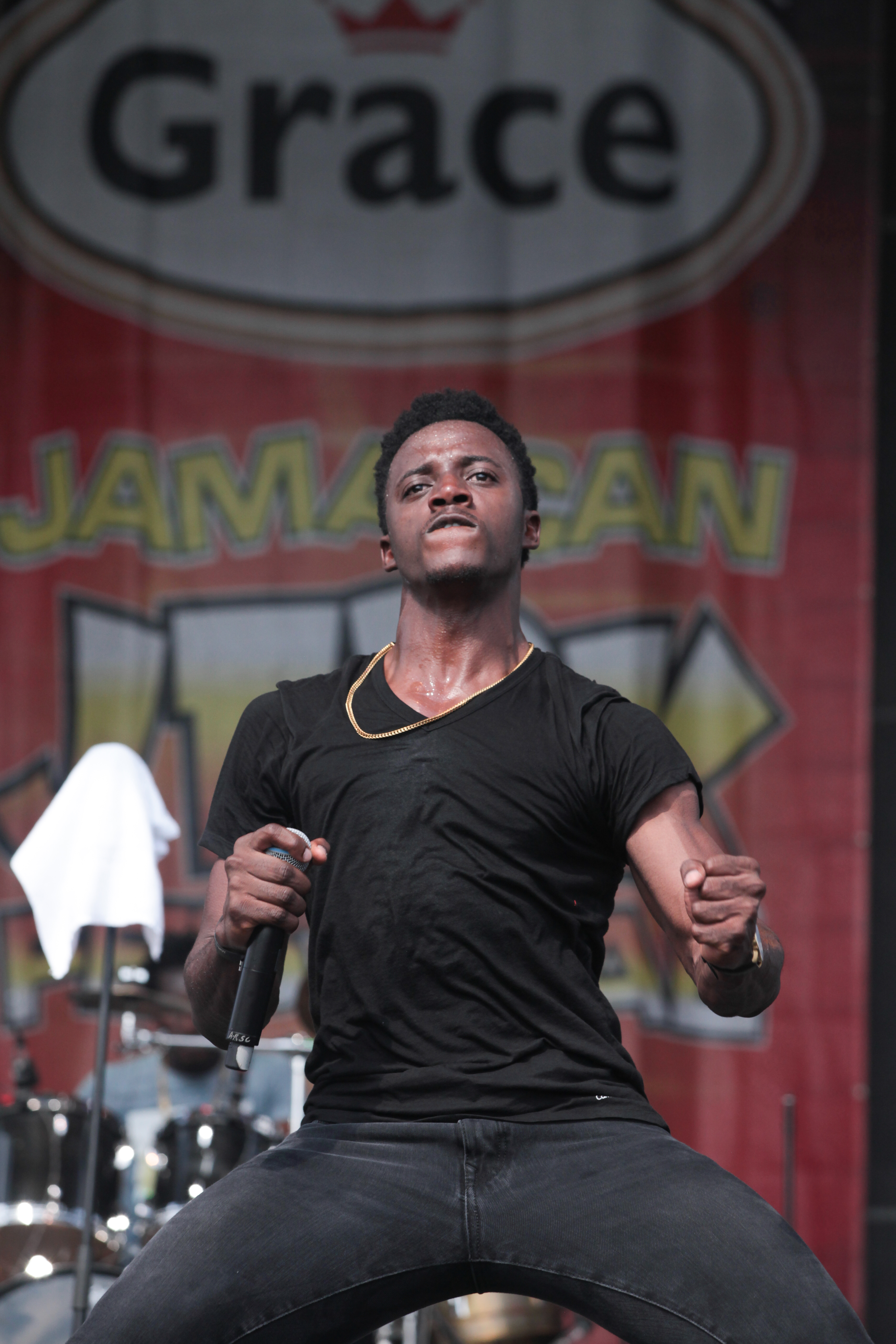 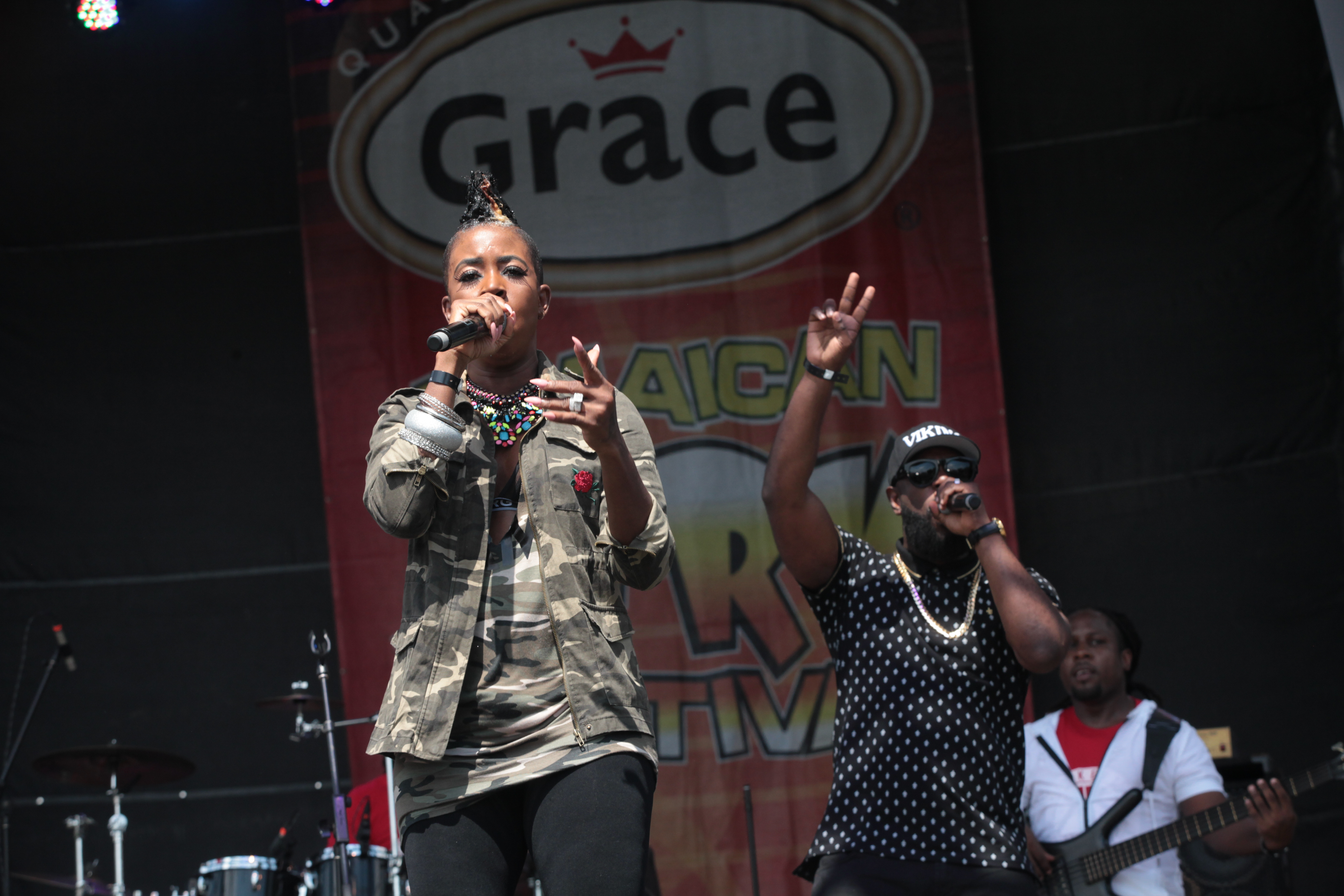 The hot sweltering day kicked off with The Cultural/Fusion Stage which never fails to give the crowd a taste of the islands, all hosted by Susan Davis aka Dr. Sue. This year’s theme was “Jamaica 55” and it featured some of DMV’s most talented entertainers, authors, and performers showcasing their love and appreciation of Jamaica such as Hyacinth Swaby-Holder the author, “My Papa Used to Say,” a book filled with Jamaican proverbs. The Braata Folk Singers performed songs and interactive games reminiscent of old-time Jamaica, taking the audience down memory lane.

The entertainment intensified once local favorites Ras Slick and Image band turned up the heat on the Main Stage. Host and Comedian, Ragashanti kept the crowd engaged with his humorous comments as he introduced the acts. He shared MC duties with DC’s own Tony Carr. DJ Ricky Platinum, DJ G-Nice and ABlazin Radio DJs made sure there wasn’t a dull moment during band change, keeping the crowd pumped up in between performances. 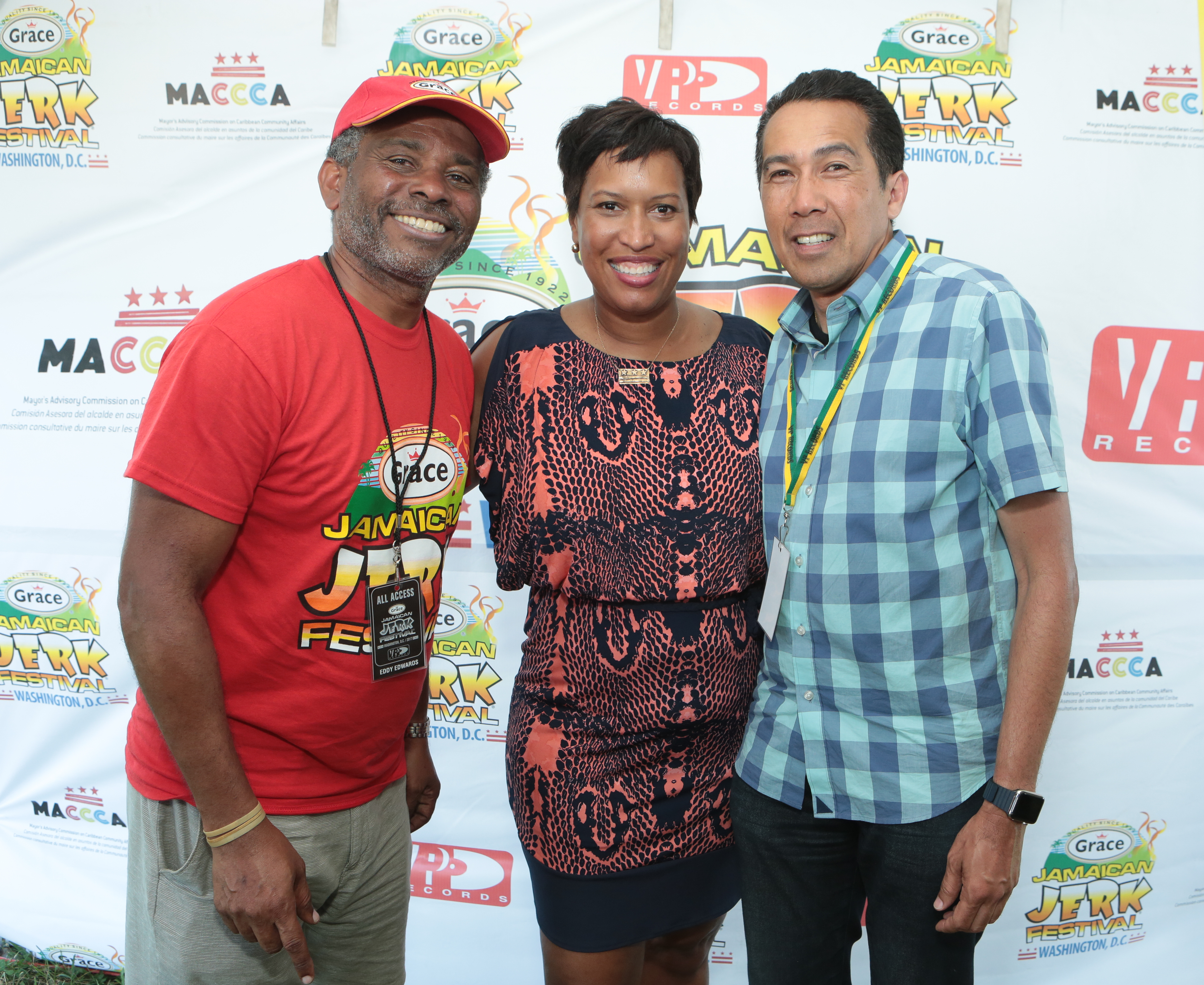 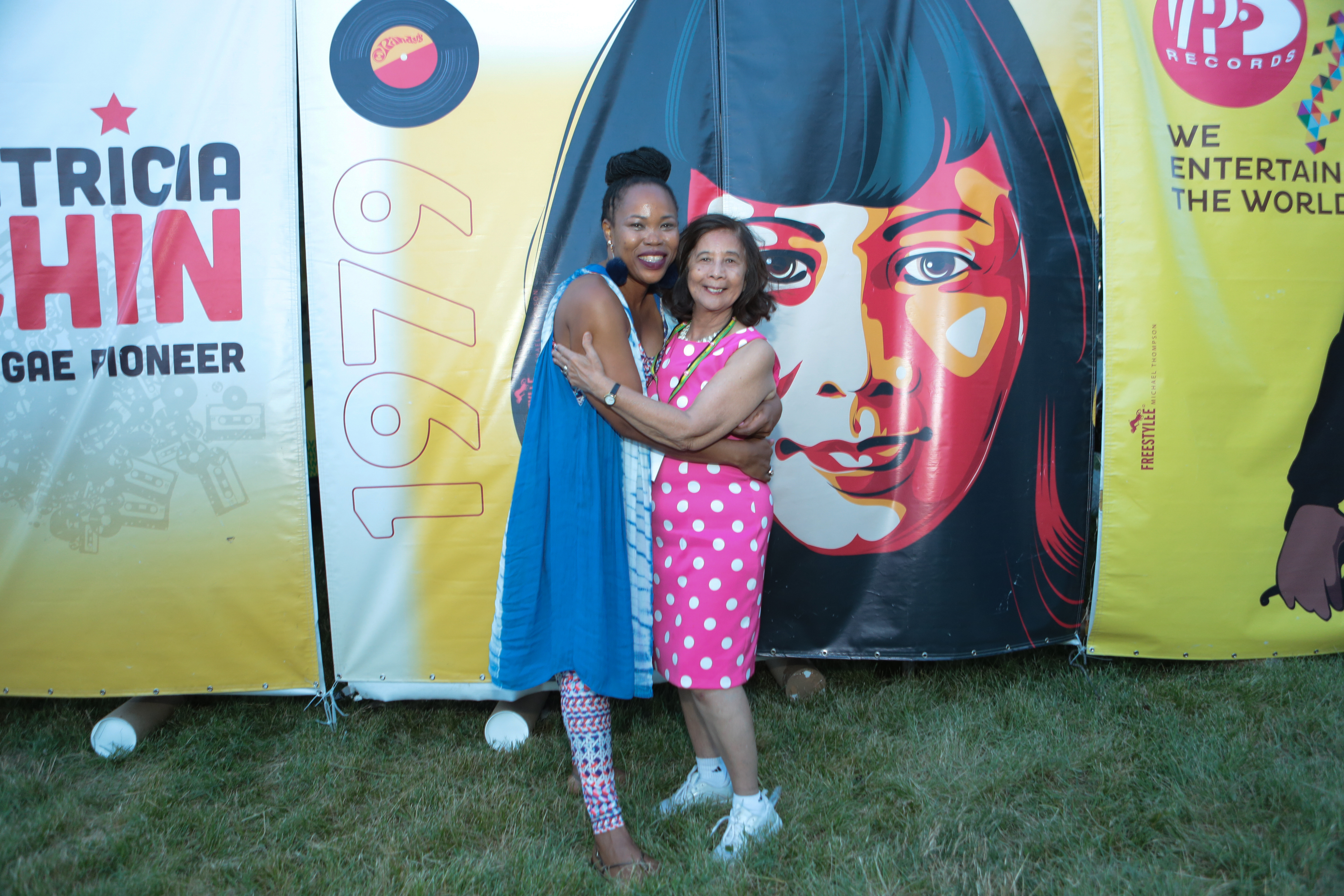 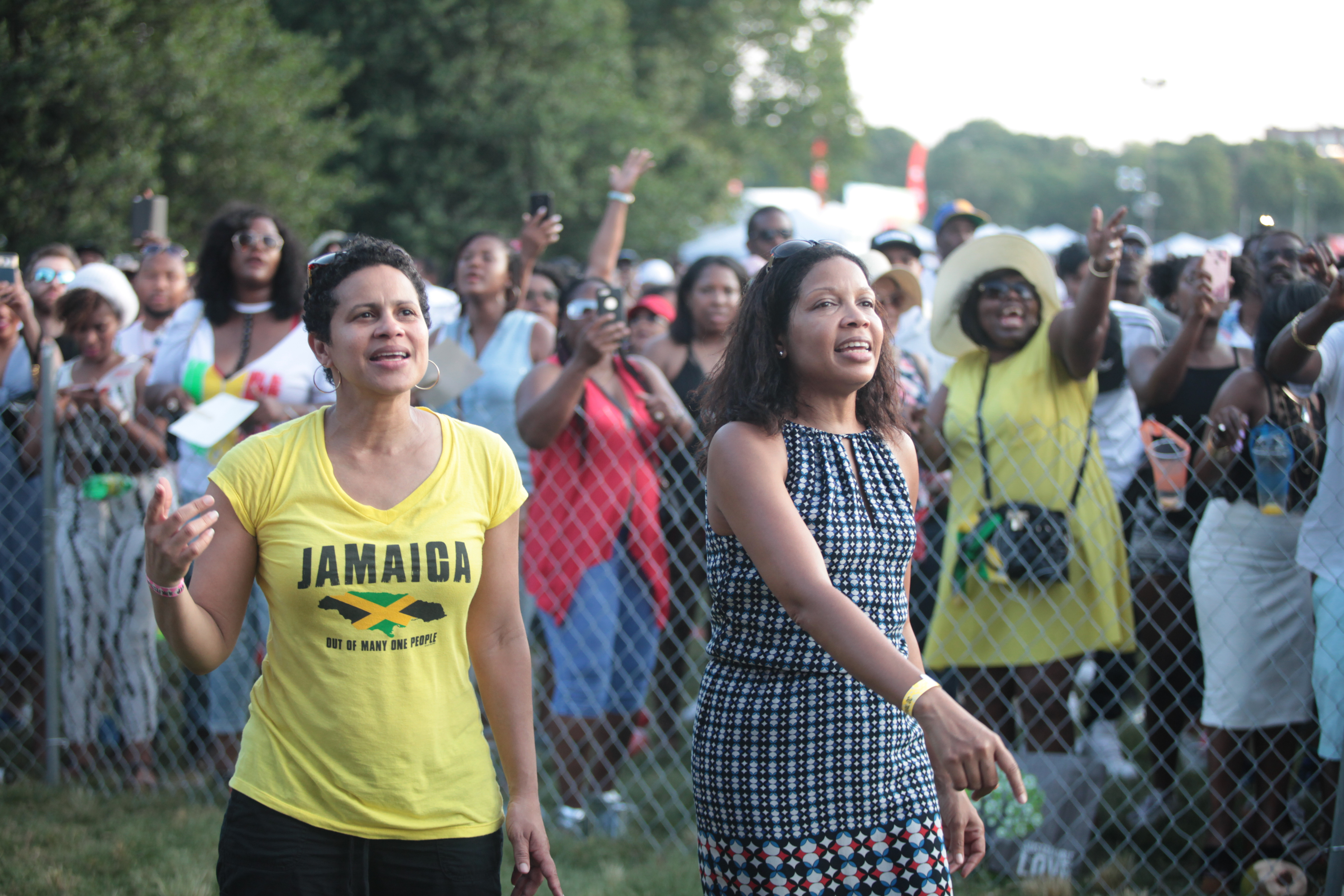 Patrons relaxed and found shade while enjoying their jerk meals but soca’s royal couple Bunji Garlin and Fay-Ann Lyons got the crowd up and moving, as they brought the carnival energy to the Jerk Festival performing songs like ‘Big Bad Soca’ and ‘Girls.’ Soon after, Romain Virgo rocked the stage by performing a collection of hits and introduced the crowd to his latest single ‘Now’. Queen Ifrica wowed festival attendees with a stellar 45-Minute set where she encouraged unity through her songs and empowered the women with a motivational speech. Tarrus Riley concluded the show with a slew of songs from his vast music catalog and with the support Dean Fraser horns of steel the audience couldn’t get enough, especially when Tarrus Riley called the Queen back on stage to close out the show together.

The performances were only one aspect of the lively 9-hour day. Patrons enjoyed tasting the various vendors such as T&G Flavors, Hellshire Style Fish, Jamrock Jerk, Southern Caribbean, Rick’s Cafe and much more. The Reggae Music Journey Exhibition has developed into one of the festivals favorite elements, where Patricia Chin, founder of VP Records, and owner of Riddim Driven Clothing, greets fans of the culture and take them through the Reggae experience at VP Records.

Mayor of DC, Muriel Bowser, made a special appearance and addressed the audience, sharing her excitement for having the jerk festival in DC for the 2nd year in a row. “I am happy to have the Grace Jamaican Jerk Festival back in DC to celebrate Caribbean-American Heritage Month and we recognize the importance of the Caribbean community in Washington, DC.” The mayor thanked the sponsors and recognized the festival organizers.

‘We are very proud of the turnout this year in DC. It’s wonderful seeing masses of people come out and enjoy their day with us and enjoy the food, music, and activities during Caribbean American Heritage Month,” said Eddy Edwards, CEO of Jerk Festival, LLC. “Our goal is to continue to make the Grace Jamaican Jerk Festival bigger and better every year and continue to be the premier Caribbean festival in DC.”