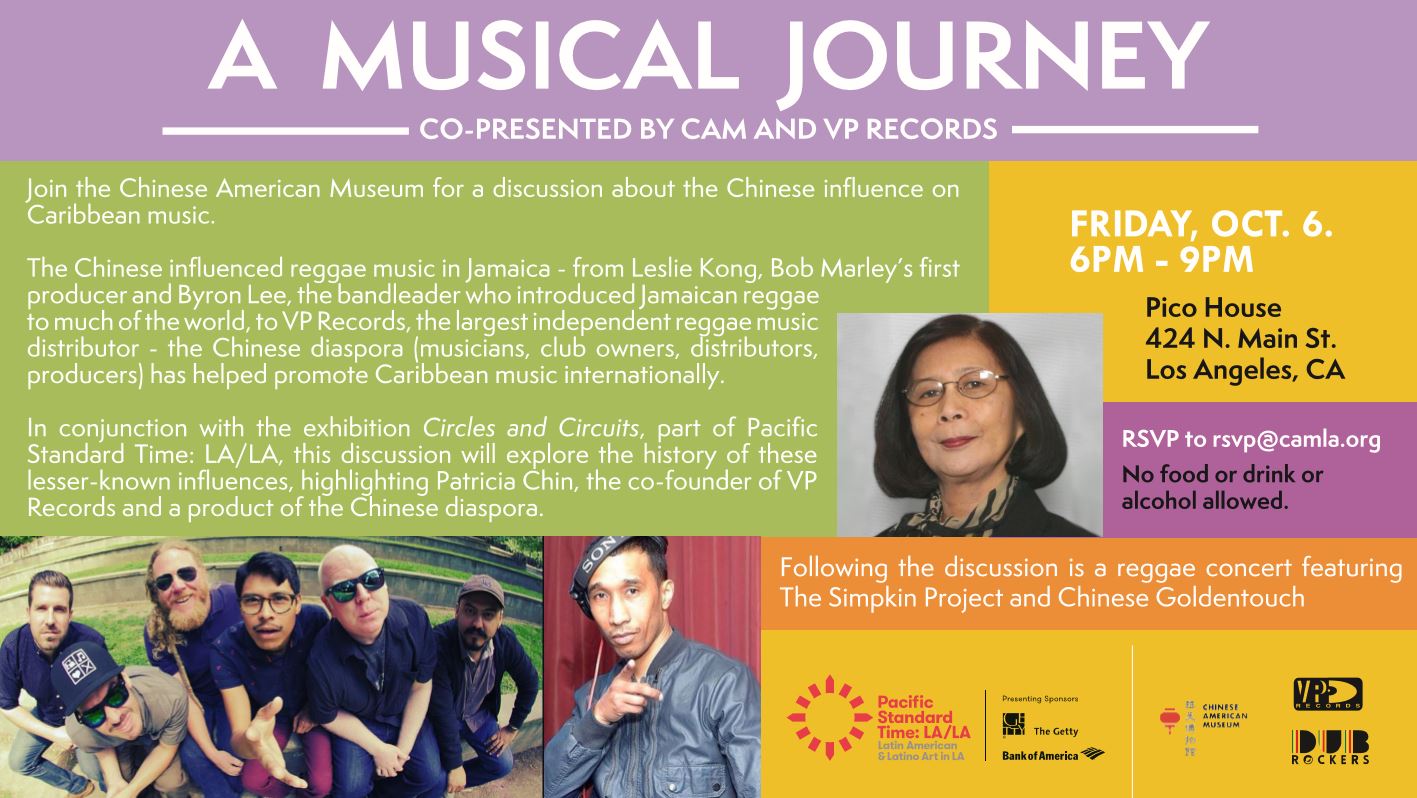 The event is put on in Conjunction with the exhibition Circles and Circuits II: Chinese Caribbean Art, which is a collaborative exhibition at dual venues that examines the contributions of artists of Chinese descent and explores the art of the Chinese Caribbean diaspora from the early 20th century to present day.

By examining the contributions of artists of Chinese descent in Cuba, Panama, Trinidad and Tobago, Jamaica, and beyond, the exhibition reveals the hidden complexities of the transcultural art of the Caribbean. Presented in two parts: History and Art of the Chinese Caribbean Diaspora, on view at the California African American Museum (CAAM) through February 25, 2018, includes the works of Sybil Atteck (Trinidad and Tobago) and Manuel Chong Neto (Panama) and also provides a new context for understanding the better-known work of Wifredo Lam (Cuba).
Contemporary Chinese Caribbean Art is on view at the Chinese American Museum (CAM) through March 11, 2018 and focuses on the work of contemporary artists such as Albert Chong and Maria Magdalena Campos-Pons.

Circles and Circuits: Chinese Caribbean Art is part of Pacific Standard Time: LA/LA, a far-reaching and ambitious exploration of Latin American and Latino art in dialogue with Los Angeles. Taking place from September 2017 through January 2018 at more than 70 cultural institutions across Southern California, Pacific Standard Time is an initiative of the Getty with presenting sponsor, Bank of America.

ESTELLE FT TARRUS RILEY’S LOVE LIKE OURS VIDEO OUT NOW ›