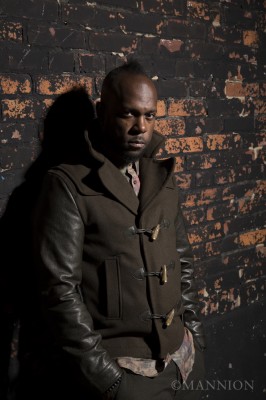 There’s no stopping the success of Trinidadian vocalist Bunji Garlin’s latest anthem “Differentology.” The soca star’s song will be featured on tonight’s episode of ABC’s top-rated TV drama series Grey’s Anatomy. Tune in tonight (Nov. 21) at 9pm ET / 8pm CT to watch out for the jam in season 10, episode 10, titled “Somebody That I Used to Know.” “Differentology” is also quickly becoming one of the NBA’s new favorite arena anthems. It aired this week during the Brooklyn Nets vs. Portland Trail Blazers game at Barclays Center on Nov. 18 and the Toronto Raptors blasted the hit during their Miami Heat face-off on Nov 5.

“Differentology” has been this year’s biggest hit throughout the Caribbean Carnival season, scoring over one million YouTube views since February. More recently, the song has been making major strides in North America. “Differentology” was recently declared the reigning champion on NYC’s HOT 97 FM’s Battle of The Beats competition, which put the track into full rotation at hip hop’s premiere station. He landed a nomination at the 2013 Soul Train Awards for Best International Performance for the song, and it also caught the attention of DJ supergroup Major Lazer, who immediately jumped on the remix.

Watch the official video for “Differentology” (directed by Nigel Thompson).

“Differentology” is featured on Soca Gold 2013 (VP) and available now on iTunes.

Born Ian Anthony Alvarez, the Trinidadian artist and international soca royalty is known for his high-energy stage shows matched with lyrical confidence and eloquence. He is both a composer and performer of soca and ragga soca. The latter is a blend of soca with dancehall music that he made his own during the start of his career in the late ‘90s. He has won the “Ragga Soca Monarch” competition in both 2000 and 2001, the Young King title in 2001, the coveted title of International Soca Monarch in 2002 and then reclaimed this title for three more years.