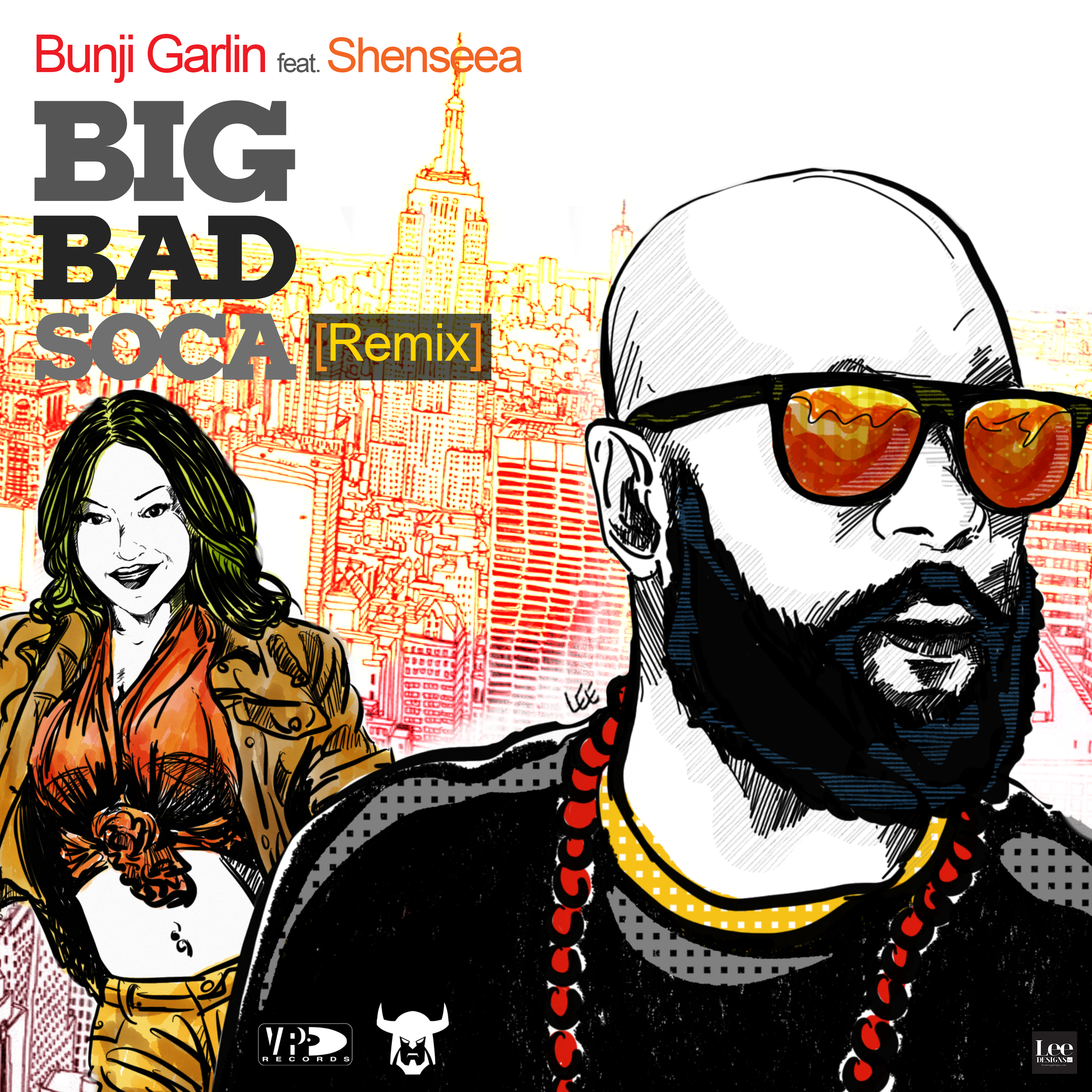 VP Records artist Bunji Garlin and dancehall vixen Shenseea, have collaborated right in time for the peak period of Trinidad & Tobago’s 2018 Carnival Season with a remix to his 2017 hit single “Big Bad Soca”, out today. Produced by Jus Now, the fusion of Shenseea’s energetic vocals with Bunji’s iconic captivating sound gives listeners a 3-minute earful of carnival vibes. The two will perform the song for the first time next Wednesday, February 7, leading into Trinidad Carnival. The ‘Big Bad Soca’ event will be co headlined with breakout female rapper/entertainer Cardi B an feature Fay Ann Lyons, Voice, Lyrikal, Shal and Patrice. 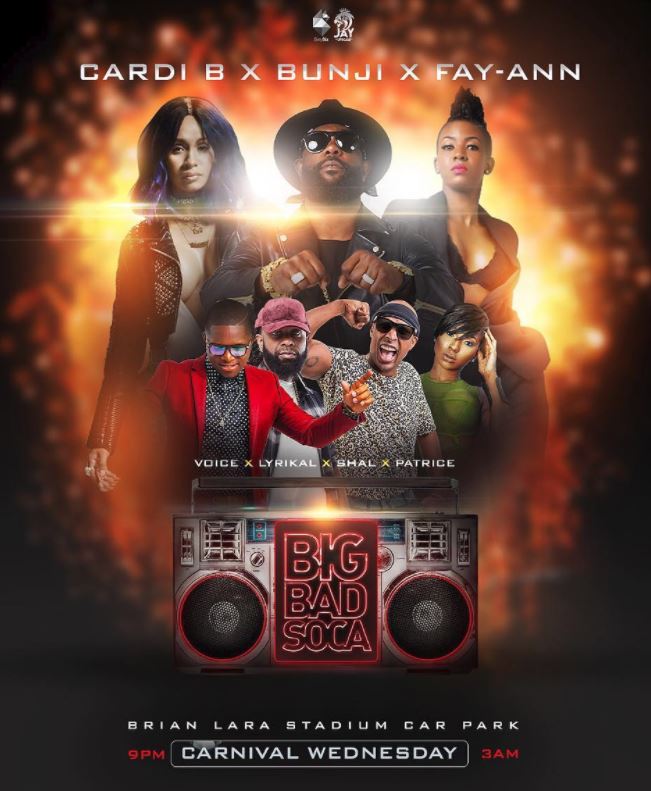 Along with the release of the single, a new visualization video, directed by Tom Swindell includes never before seen footage of the original ‘Big Bad Soca’ video. Filmed at the YouTube Studios in New York, the visualization includes choreography by Blacka Di Danca. A new video for the remix featuring Shenseea and filmed during Trinidad’s 2018 Carnival will be released in the upcoming months.

Bunji Garlin has had a stellar 2017 with the release of his VP Records chart topping album “Turn Up” in September along with a carnival season run with stops in Toronto for Drake’s OVO Fest, Notting Hill Carnival in London and a New York takeover for Labor Day weekend at Hot 97’s On the Reggae and Soca Tip, Today at Apple Store appearance in Williamsburg and a sold-out show with Machel Montano at the Brooklyn Mirage for their Busshead Tour. He ended his year by receiving a legendary Hummingbird award in his native island of Trinidad.

Shenseea, who will be joining Bunji to perform at the same event, has had an equally great year with her smash single and video for “Loodi” featuring Vybz Kartel amassing over 11 million views on YouTube, an endorsement with Pepsi Jamaica and numerous performances at popular shows such as 2017’s Jamaica’s Reggae Sumfest.

“We are very excited about the release of this remix and joining together two of the most popular voices out of the Caribbean,” said Edwin Howell, Director and A&R at VP Records. “The remix is going to have everyone in Carnival mode all 2018.”

The two powerhouses are currently Campari brand ambassadors. The collaboration comes on the heels of both acts participating in the recently concluded Campari Caribbean’s “Win a Trip to Trini Carnival” Campaign, which saw brand consumers winning an all-expenses paid trip to Trinidad to enjoy fetes and Carnival Monday and Tuesday with Tribe Rogue.

The video premiered today on Large Up.