SPICE IS TEN OUT OF TEN!

With the success of her latest single, Go Down Deh, featuring Sean Paul and Shaggy, Spice is on cloud nine as she prepares for the release of her album TEN.

The song registered Top 10 positions on Apple Music iTunes and Deezer as well as in Jamaica, Japan, Germany, the Netherlands, United Kingdom, Italy, Canada, and Iran. The accompanying video, directed by Jay Will, has so far racked up more than 2.2 million views on YouTube.

Spice is not surprised at the success of Go Down Deh which was released May 1.

“To be honest, I’m not surprised! From the moment I first heard it, I had a lot of confidence in this song and knew we had a major hit on our hands,” she explained in an interview with the Jamaica Observer’s Splash.

Working with Shaggy and Sean Paul was strategic. 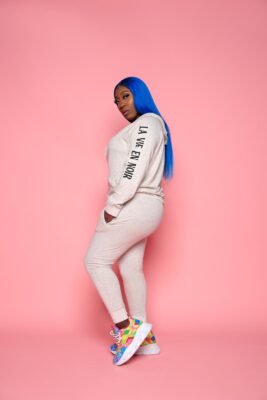 ‹ Drake Wants You to Listen to This Reggae Album While You Burn His Candles!

Countdown To ‘TEN’: 7 Questions With The Queen Of Dancehall Spice! ›