Head east out of Kingston, Jamaica, past the city’s industrial waterfront and Norman Manley International Airport, and you’ll come upon the community of Eight Miles Bull Bay. There, along the beach, you’ll find Jamnesia, one of the most unique and eclectic outposts on an island that’s world renowned for such places. Equal parts community center, surf school, skateboard park and music venue, the one-of-a-kind hub known as Jamnesia is the homebase of guitarist, vocalist and surf legend Billy Wilmot and the famed Mystic Revealers.

Wilmot founded the Mystic Revealers in Bull Bay the late 1970s, along with bassist Leroy “Lion” Edwards, drummer Nicholas “Cymbal” Henry and guitarist Steve Davis. Originally, the band was known as just the Revealers, but when another group with that name popped up, it was decided the word “Mystic” would help convey their Rastafari-inspired message of truth, justice, honor and unity.

“We wanted to touch a mystical part of our listeners and fans,” Wilmot explains. “We wanted to enter into their mind and their consciousness on that mystical level. The music takes you in but the message that is provided is in terms of building one’s self confidence and character, basically.”

The Mystic Revealers’ first recording, “Winner,” was released on their own Negus Beat label in 1982. In 1985, the band scored their first hit with “Mash Up Apartheid.” While it wasn’t their first single, the track, produced by reggae pioneer and The Harder They Come star Jimmy Cliff for his Oneness record label, was the first to win the attention of Jamaica’s demanding public, with its rallying cry against racist practices in South Africa. In an unusual move for a new act, the group donated proceeds from the sale of “Mash Up Apartheid” to the African National Congress.

At the time of the Mystic Revealers’ emergence, Jamaican music was moving away from roots reggae and live bands, and into the era of dancehall deejays and computerized production. Defying the trends of the day, the Mystic Revealers instead followed the path of Bob Marley and the Wailers and Third World, blending roots reggae and Rastafarian principles with rock, folk and pop. “Our music tended to be more international,” Wilmot says of the band’s place within reggae’s changing soundscape. “That’s what ended up setting us apart.” A 1988 appearance at Jamaica’s world-famous Reggae Sunsplash helped spread the Mystic Revealers’ reputation further, leading to international tours in Japan, the U.K. and Europe.

In 1992, nearly 15 years after the band’s formation, the Mystic Revealers released their debut album, Young Revolutionaries. By this time the band’s membership had grown to include keyboardist/guitarist Winston “Metal” Stewart and percussionist William “Willigan” Cocking. Initially issued by the Sonic Sounds label in Jamaica, the LP was picked up for US release by Gong Sounds. The album would later be issued by several different US labels including Washington DC-based RAS Records, which signed the band to a multi-album deal, as well as MCA and Atlantic. That year 1992 saw the Mystic Revealers tour the USA for the first time, traveling to 17 American cities as they promoted singles “Religion” and “Remember Romeo.”

The Mystic Revealers second album, Jah Works, followed in 1993, as did a spot alongside Freddie McGregor, Marcia Griffiths and Big Mountain on that year’s edition of the Reggae Sunsplash tour across the U.S.A. In 1995, the Mystic Revealers were selected to appear at Jamaica’s 50th birthday celebration for Bob Marley, alongside the Wailers, Rita Marley, Ziggy Marley, Vanessa Williams, Toots, the Wailing Souls and others. The band’s performance of Marley’s “Natural Mystic” and “We and Dem” (along with their own “Religion”) was “the most solid and satisfying performance of the evening,” according to Billboard magazine.

The mid-to-late 1990s marked the Mystic Revealers’ period of greatest productivity. Beginning with Space and Time in 1995, the band released an album each year through 1998. Space and Dub, featuring dub versions of Space and Time tracks; appeared in 1996, followed by This One’s For Jah (1997) and Crossing the Atlantic (1998).

After nearly two decades of recording and touring, the band opted to go on hiatus in the 2000s. Wilmot’s focus turned to surfing, a sport he has helped to legitimize and grow within Jamaica over the last 20 years (while also starring as “CC” in Royal Palm Estate, one of Jamaica’s most popular TV series). He formed the Jamaican Surfing Association, one of the Caribbean’s first pro surfing bodies, and established the Makka Pro tournament, Jamaica’s first international surfing competition, while guiding the professional surf careers of his son, Icah, and daughter, Imani. (His other songs, Inilek and Ivah are also active in the sport).

“I’ve been surfing from the ‘60s, you know,” Wilmot says. “Music came and found me as a surfer raised in Jamaica. When I had my kids and started touring, I did a lot less surfing. When I returned home, I took the opportunity to go surfing again, and, as the kids grew up, I got them into surfing. I didn’t want my kids to be in a sport where there was no option for their development and advancement, so we worked towards making Jamaica a legitimate surfing nation in the eyes of the international surfing community. We’ve been successful at doing that.”

Jamnesia, meanwhile, became a crucial incubator for the latest wave of Jamaican music talent. Live sessions hosted on the premises provided an early point of exposure for the stars of reggae’s current roots revival, including Chronixx, Protoje and Kabaka Pyramid.

Now, nearly 15 years after the Mystic Revealers’ last tour, the band is once again making plans to hit the road, as well as the studio. Arriving just in time to introduce the band to a new generation, the new collection Crucial Cuts gathers key tracks from the band’s catalog, including “Young Revolutionaries”; “Rasta Man”; “I’m Gonna Tell Ya” featuring Anthony B; and the Sizzla collaboration “Tell Them.” In a nod to their other passions, the cover depicts founding members Wilmot, Edwards and Henry on surfboards and jetskis.

Three decades after their earliest single releases, the band’s message remains exactly the same as it did when Wilmot, Edwards, Henry and Davis first came together near the shores of Bull Bay. 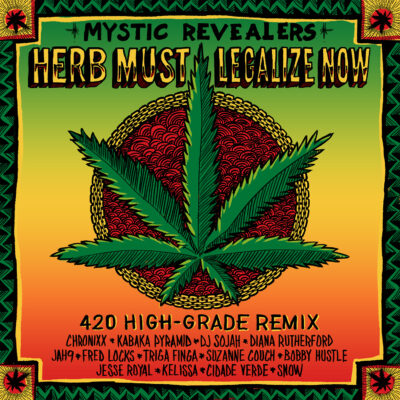 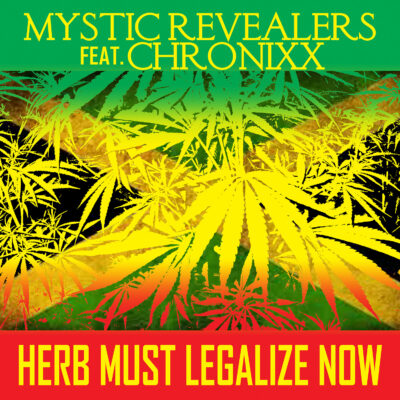 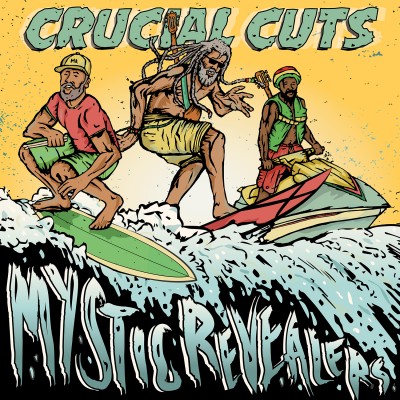