“Be strong,” sang Buju Banton the last time he set foot onstage before a live audience. “Hold a firm meditation. One day things must get better.”

The date was January 16, 2011. The occasion was a concert in Miami’s Bayfront Park called ‘Before the Dawn.’ After eleven months in captivity, the legendary reggae artist had been granted the opportunity to perform for one night to help fund his legal defense against an extremely problematic case which had already resulted in one mistrial and allegations of juror misconduct.

Buju was joined by a star-studded lineup of fellow musicians and staunch supporters, from DJ Khaled and Sean Paul to Stephen “Ragga” Marley and Damian “Jr. Gong” Marley—to name a few. Buju opened his emotional set with “Close One Yesterday,” a song about surviving against all odds. “Don’t you go down,” he sang. “Keep your head above the water. One day things must get better.” His final selection of the night was a prayerful rendition of “Psalms 23” alongside Gramps Morgan: “Goodness and mercy all my life shall surely follow me / And in Jah’s house forevermore my dwelling place must be.”

A few weeks later, Buju’s album ‘Before the Dawn’ won the Grammy Award for Best Reggae Album—the artist’s first win after four previous nominations. But it would prove to be a bittersweet victory. As his fans are well aware, Buju Banton has been incarcerated ever since that 2011 show in Miami. His voice, however, could not be silenced.

Selections from the artist’s 25-year-deep catalog—including classic albums like Mr. Mention and Til Shiloh and Inna Heights—have stayed in heavy rotation throughout Buju’s time away. Yet his physical presence has been sorely missed. During the past nine years the music that Buju represented on stages all over the world has become even more influential on global pop music, as international pop stars have sought inspiration from Jamaican sounds and styles. Yet while dancehall reggae rhythms have spread far and wide, the spiritual and social consciousness that inspired Buju to become a voice for the voiceless has lagged behind or fallen by the wayside.

The artist whom A$AP Rocky called his “favorite reggae rapper” will finally experience his first taste of freedom on December 8th. Visitors report that Buju is in good spirits, keeping physically and mentally fit and looking forward to returning to the stage and the studio. Anticipation for his return is building as the official music industry publication Billboard recently reporting that “Buju Banton’s Long-Awaited Return is Near.” [billboard.com]

“Give a shout out to the fans for me,” Buju told the U.S-based media outlet Boomshots. [boomshots.com] “Tell them I send my love and I tell them: Do not be distracted by all the things that are taking place around them because it is designed to throw them off kilter and plunge people into a state of darkness… The people are suffering. Sadness and gloom is prevailing. It’s widespread. But be patient. Because suffering may endure for the night, but joy cometh in the morning.”

Buju Banton came into the game like a champion. His voice was a lionesque roar that instantly electrified listeners, sounding impossibly powerful coming from a youth with such a skinny frame.

He was born Mark Myrie, the youngest of 15 children living in the poorest house on Salt Lane, a desolate stretch of road in the slums of Western Kingston. Though financially “downpressed,” the Myrie family were proud descendants of the Maroons, African warriors who escaped slavery and fought for their freedom, establishing their own promised land in the mountainous areas of Jamaica. His father, an aspiring singer, provided for his family through manual labor while his mother sold fresh produce in nearby Coronation Market. It was she who gave him the affectionate nickname “Buju” which means breadfruit, a staple food in many Caribbean households.

Even after Buju managed to elevate himself to become an internationally renowned recording artist, Buju never forgot the poverty of his childhood years. He has used his music to serve as a voice for the voiceless, and he recently established the Lend a Hand Foundation to make a difference in the lives of at-risk children, both in Jamaica and all around the world.

“I wouldn’t say I was a nice boy,” Buju says, reflecting on his childhood. “I was a little bit troulblesome.” Most of all he loved to go to the dancehall. “My love develop by hearing other acts, such as Flourgon, Daddy Lizard, Burro Banton, Nicodemus, Jim Kelly, Early B, just to name a few,” he recalls. “The inspiration start because they used to run the business, and I was just a youth. To hear the style and what they was really puttin’ out inspired Buju Banton—alongside almighty Father God.”

As he entered his teen years, Buju would occasionally get the chance to hold the microphone around local sound systems—mobile DJ sets which were popular throughout Jamaica, and eventually spread to America, giving birth to hip hop culture. Buju cut his first record “The Ruler” at the age of 14 for producer Robert French. A few years later he recorded his breakout hit “Stamina Daddy” for Winston Riley’s Techniques label. By the age of 19 the prolific recording artist had broken a Jamaican record for the most #1 singles in one year—a mark set by none other than Bob Marley, the King of Reggae.

The Banton—a term of respect within dancehall culture—was just getting started.

The sound of Buju’s breakthrough 1992 album Mr. Mention was primarily dancehall style—hard-edged digital rhythms programmed by production mastermind Dave Kelly for Donovan Germaine’s Penthouse Records. As one of those rare artists whose work defined the cutting edge of his chosen genre, Buju set trends with each new release. His music was already internationally known when he signed a recording contract with Mercury Records in New York City and released his major label debut, Voice of Jamaica in 1993.

Ever true to his roots, Buju presented the best his island had to offer: production by the Penthouse posse as well as Sly Dunbar, Bobby Digital, and Mikey Bennett, vocals by Beres Hammond, Wayne Wonder, Tony Rebel and Terry Ganzie. The only “crossover move” on the album was a track called “Wicked Act,” a reggae-boom bap mashup featuring a young Busta Rhymes tapping into his own Jamaican roots. Buju would also collaborate with the American rap star Heavy D during the early ’90s but the Banton never strayed, always compelling the foreign artists he worked with to adapt to his style rather than the other way around.

In 1994 the Jamaican music community was shaken by a series of tragedies. Rising dancehall stars Panhead and Dirtsman both fell victim to gun violence, cutting short two promising careers just as they were taking off. Soon thereafter a powerful roots singer named Garnet Silk lost his life in a tragic and suspicious house fire while trying to save his mother from the blaze. Buju expressed the sadness and discontent with a song called “Murderer” which literally changed the course of dancehall music as we know it. The song offered a critique of the “gun lyrics” that had once held sway, appealing to a sense of decency and respect for human life. Recorded over a Penthouse version of the classic “Far East” rhythm, the song would become an anthem—inspiring multiple “answer” songs by other artists and shifting the cultural mood almost overnight. Buju had become more than a superstar, he was now becoming a leader.

It is strange this feeling I’m feeling

But Jah love we will always believe in

Though you may think my faith is in vain

Til Shiloh we chant Rastafari name

The opening lines from Buju’s 1995 album Til Shiloh marked the dawning of a new era in music. Universal songs like “Untold Stories,” “Not An Easy Road” and “Till I’m Laid To Rest” revealed a whole new dimension to the artist’s talent, as he expanded his sound beyond the barriers of genre. “I see this as a total compilation of my concept of the music and how I feel about this music in depth,” Buju said at the time. “This whole thing is reggae, you know, despite whatever fusion. Too much fusion bring about too much confusion and everyone want to carry the music into a different channel. Hence people will either determine that this is dancehall or reggae or calypso or whatever. But as far as I am concern, this is reggae music. Don’t abuse it.”

Aside from musicological debates, the substance of Buju’s message had evolved as his knowledge increased through the passage of time. “What happen bascially is Jah have to be praised,” Buju explained shortly after Til Shiloh’s release. “Everywhere in the township in the churches in the rural parts—everywhere, And we are the soldiers and he called upon the youths because we are strong. Right now we have to clean up this business thoroughly!”

On one haunting song called “Complaint,” Buju collaborated with the late-great Garnet Silk aka “The Archangel,”  chanting lyrics that still bring goosebumps to the listener: “Let Jah rise and the heathen scatter / Got to give thanks and praises no matter / Even though the flame is getting hotter and hotter / Everybody should know and don’t believe inna rumor.” Those words would prove prophetic in years to come.

In years to come, Buju Banton would elevate his stature within the world music community, collaborating with American rap stars like Fat Joe as well as the rock band Rancid, not to mention his close working relationship with the Marley family. He toured the world, spreading consciousness-raising music to the four corners of the earth. He also built up his own studio on Red Hills Road in Kingston Jamaica, establishing his own Gargamel Music imprint to release his own work and give aspiring youths a chance to be heard. He continued releasing timeless albums like Inna Heights, Unchained Spirit, and Friends for Life.

And then in December 2009 Buju was arrested at his home in Florida after getting entangled in a complex drug conspiracy which had been orchestrated by a paid government informant. The charges were completely out of character for an artist whose music had criticized drug use over the years, but after a mistrial, and a long court case marred by charges of juror misconduct, Buju elected to do his time and put the whole experience behind him. As he once stated on that record with Garnet Silk: “Don’t believe inna rumor.”

“There is a big void without Buju Banton in the music,” veteran reggae singer Cocoa Tea told Billboard. “He was always touring, always working. He started that work as a teenager, and he worked until he was decades into his career,” said Pat McKay, director of programming for reggae at Sirius XM. “In that time he built a world community fanbase. They still miss him and they still want to hear from him. His work still has value, it’s still quotable and the aspirations of that work will always ring true.”

It has been a long time coming, but the dawn Buju sang about in his Grammy-winning album is almost here. And just as the artist promised, “Joy cometh in the morning.”

Buju released his 13th studio album and his first in a decade, Upside Down 2020 on 26 June 2020. The album includes guest appearances from John Legend, Pharrell, Stefflon Don and Stephen Marley. 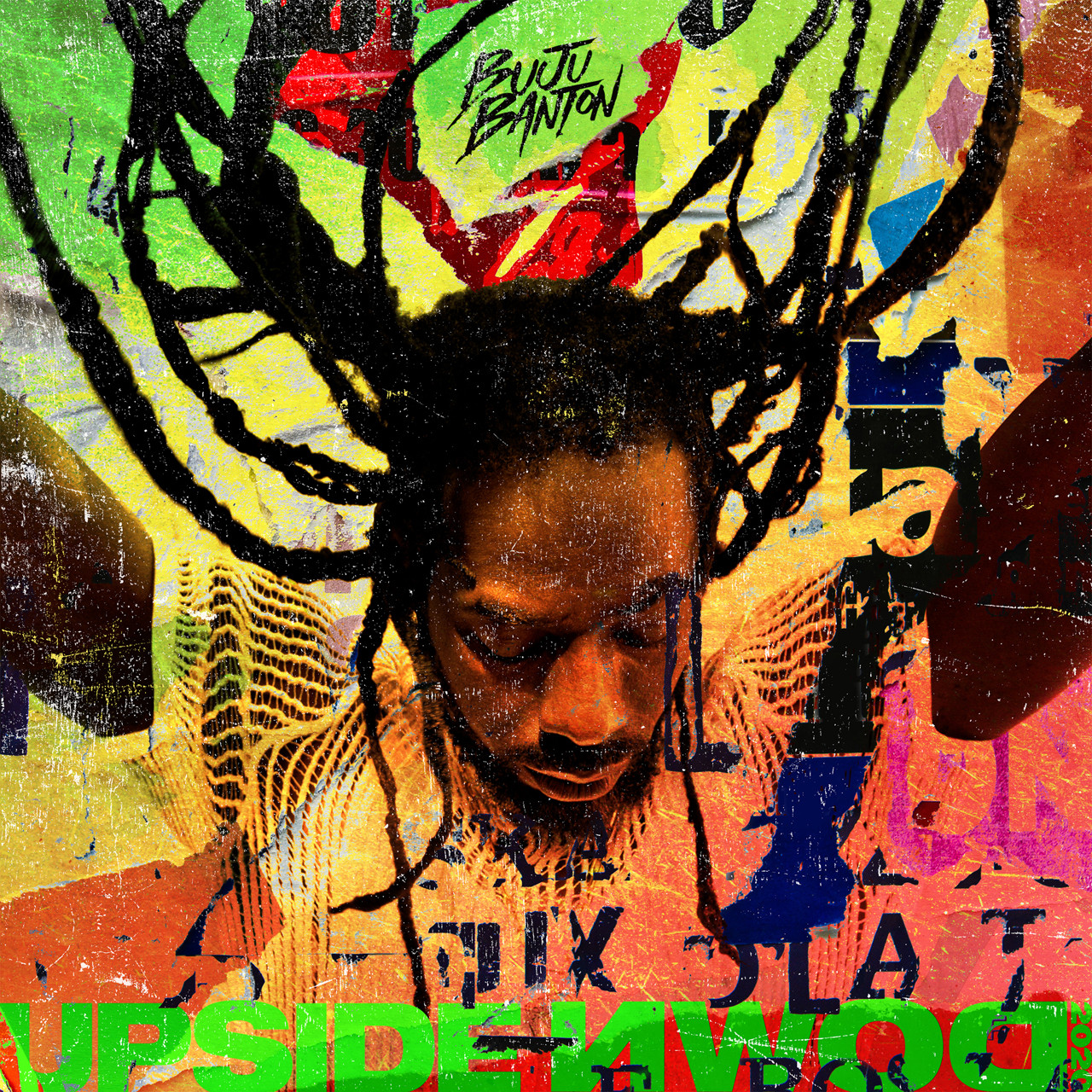 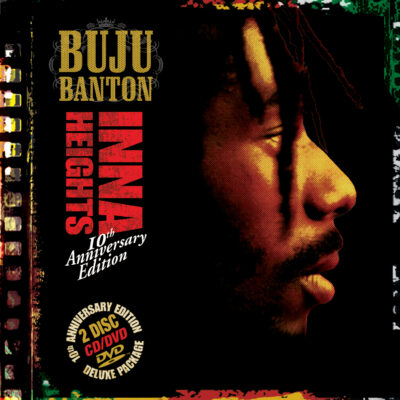 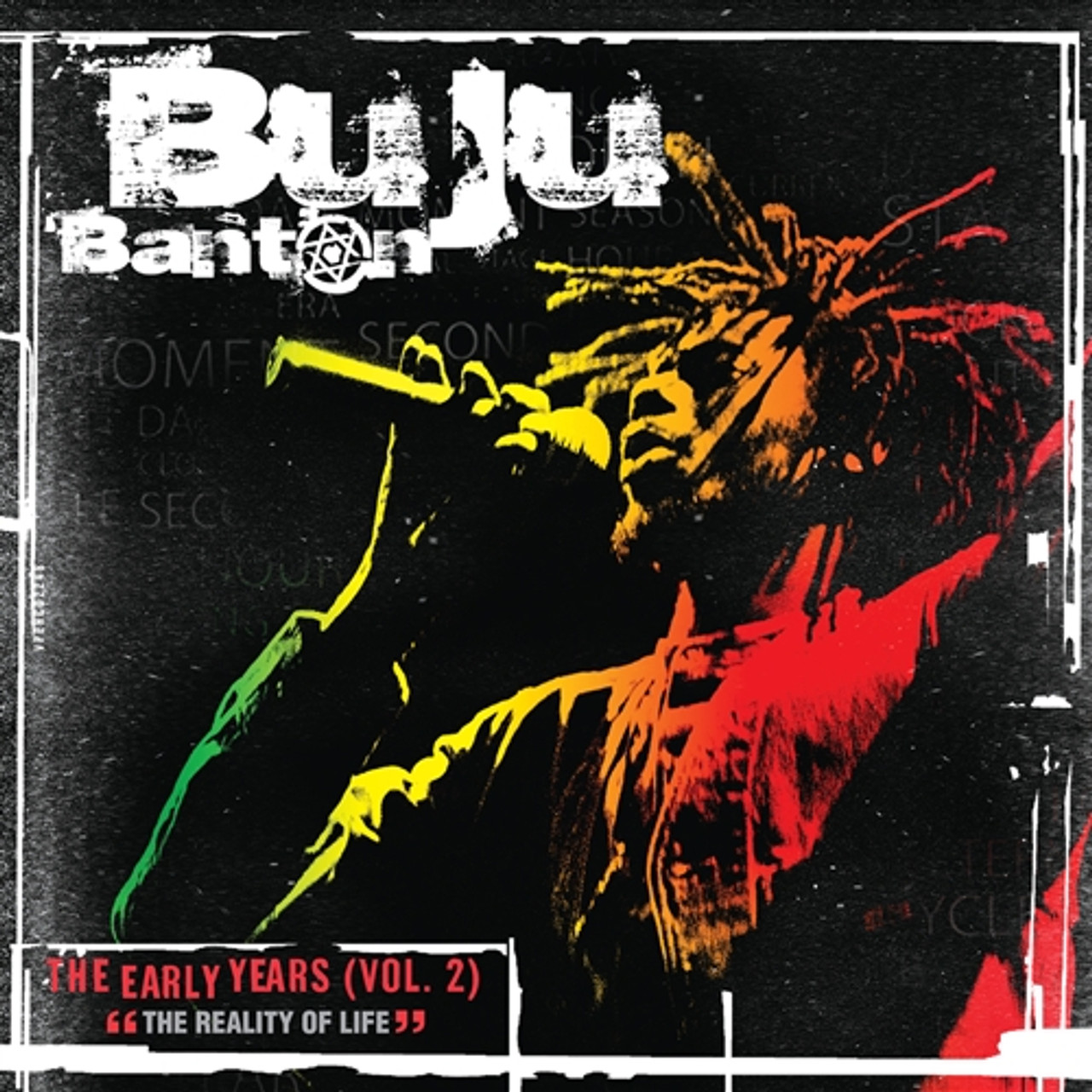 The Early Years Vol.2 (The Reality Of Life) 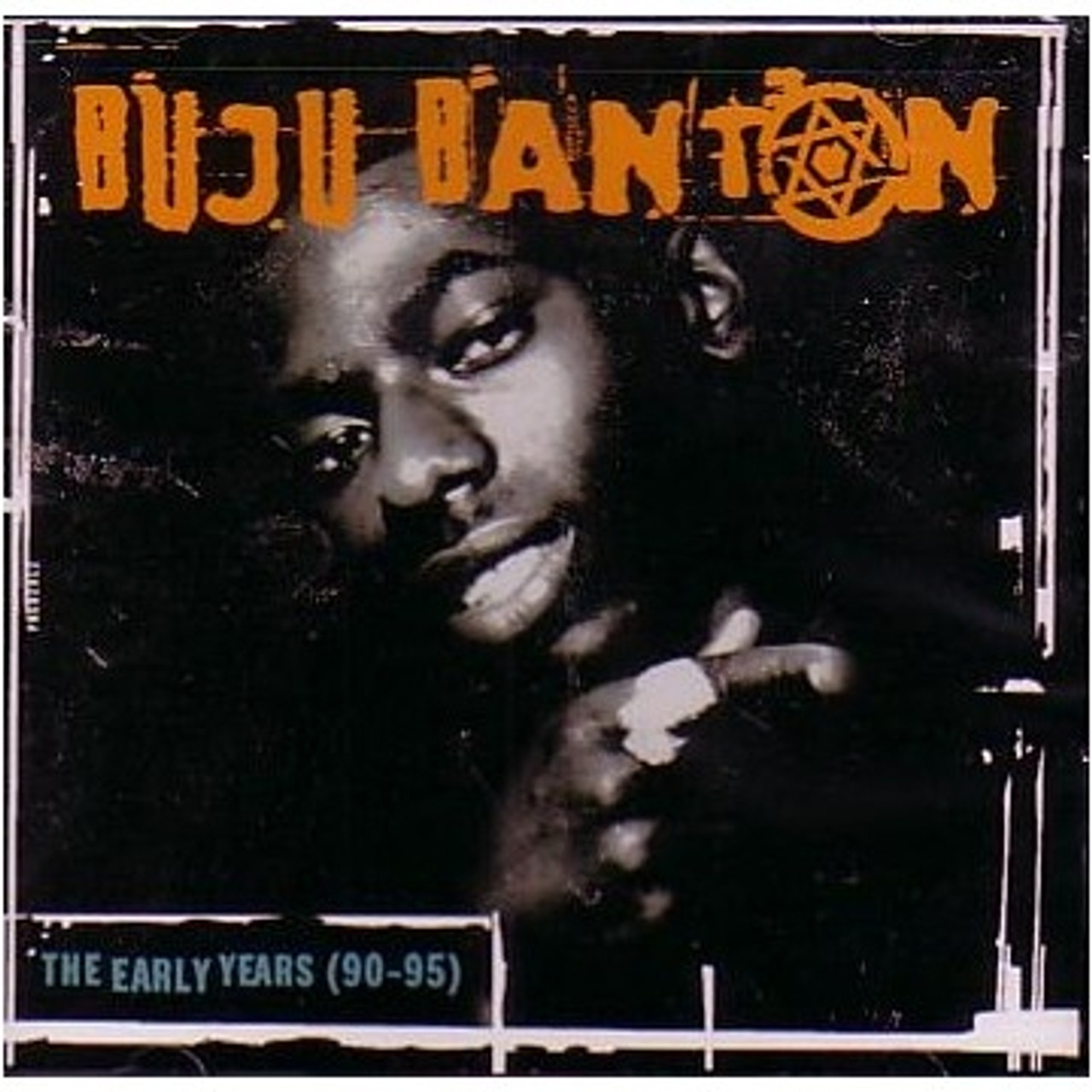