A renowned singer and formidably prolific producer, Winston Riley is one of Jamaica’s greatest success stories, a pillar of the island’s music industry to this day. Born in 1946 in Kingston, Jamaica, Riley founded the Techniques in 1964 with a group of friends, all of whom congregated at a youth club established by Edward Seaga. It was the future prime minister who took the young band into Federal Studios that year, where Byron Lee oversaw the group’s recording debut, “No One.” Soon after, the Techniques relocated to Treasure Isle, where their debut for Duke Reid, 1965’s “Little Did You Know,” rocketed them to the top of the Jamaican chart. A series of lineup shifts barely slowed the group down, as the Techniques’ hits continued to pour forth across the ska, rocksteady, and reggae years.

In 1968, though, the band broke with Reid, and Riley began producing the Techniques’ music. He also oversaw the Sensations and a solo Johnny Osbourne, who gave Riley’s Techniques label its first major hit, “Warrior.” But it was a riddim worked up by organist Ansel Collins and drummer Sly Dunbar that provided the producer with his international breakthrough, when their “Double Barrel,” enlivened by Dave Barker’s toasts, shot to the top of the U.K. chart and the U.S. Top 25. The follow-up, “Monkey Barrel,” was nearly as successful, together bringing a licensing deal with Trojan Records and financing Riley’s new record shop. The 1974 instrumental “Stalag 17,” initially credited to a solo Ansel Collins, had an even greater impact. The phenomenally successful riddim has been versioned regularly ever since, with the Stalag 17, 18 & 19 set one of the most popular one-riddim albums of all time.

During the ’70s, Riley released a stream of excellent singles and albums, working with many of the island’s finest singers and DJs. Beyond Osbourne and Barker (as both DJ and singer), he also oversaw recordings by Jimmy Riley, Horace Andy, Pat Kelly, Alton Ellis, the Ethiopians, and the Viceroys, among others, as well as just about every name DJ on the scene. His melody-laced dubs are all of equal note. Fans thus found it unnerving that while Riley was overseeing such high-quality roots offerings, he was also grooming General Echo for stardom. “Well, someone was going to do it,” the producer later quipped about his unleashing slack into the sound systems. Like “Stalag,” that move would also have long-term implications. The other side of the coin, though, was Sister Nancy, the groundbreaking female DJ Riley helped launch to fame in the early ’80s. Echo and Nancy were just two of many of the artists who Riley would either turn into stars or give a leg up; Lone Ranger, Frankie Paul, Tristan Palmer, Madoo, and Errol Scorcher were among some of the other notables he worked with during this period.

In 1985, Prince Jammy launched the digital age with “Under My Slang Teng,” and Riley slapped back strongly with Tenor Saw’s equally seminal “Ring the Alarm,” yet another “Stalag” version. Of course, the singing producer was fighting a losing battle, but even when he bowed to the inevitable, so laced with melodies were his riddims that one could forget they were actually ragga. And the hits just kept rolling in — Super Cat’s “Boops,” Red Dragon’s “Hol a Fresh” and “Yu Body Good,” Flourgon’s “Hol a Spliff,” Daddy Lizard’s “A Fi Fly Out,” Papa San and Lady G.’s “Legal Rights,” as well as a clutch from Cutty Ranks and more from Courtney Melody. Meanwhile, Admiral Tibett and Frankie Paul kept the cultural flag flying, as did Ernest Wilson, Gregory Isaacs, and Yami Bolo, with Bushman providing an illustrious example of the producer’s more recent roots work. Buju Banton’s “Ring the Alarm Quick” chimed in the new millennium, with Riley still hard at work. He continues to stay on top of the scene, while simultaneously overseeing his vast back catalog. 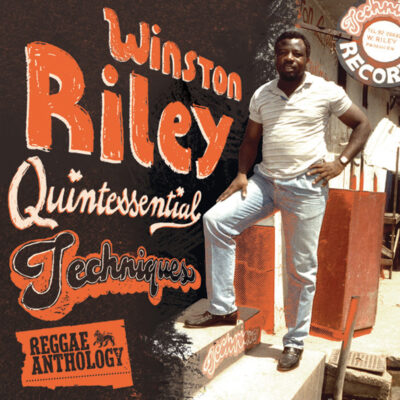 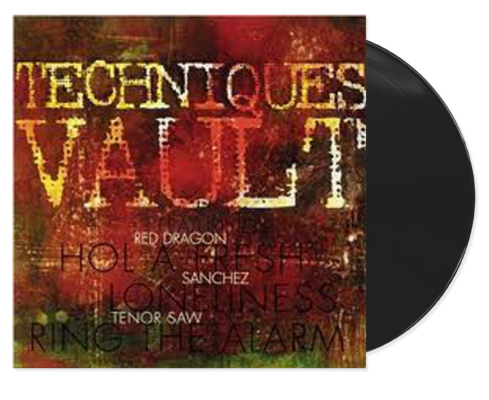