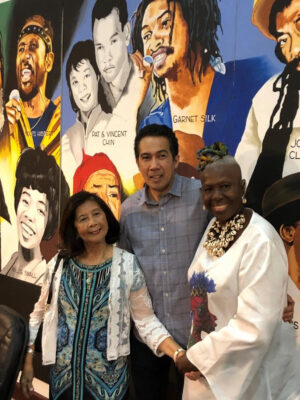 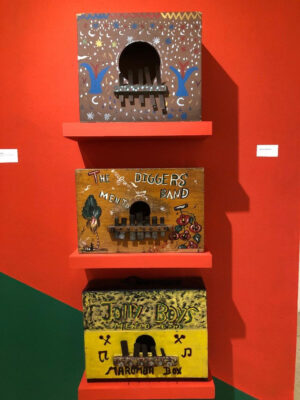 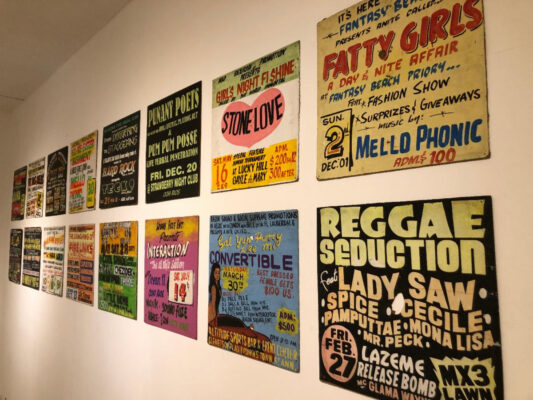 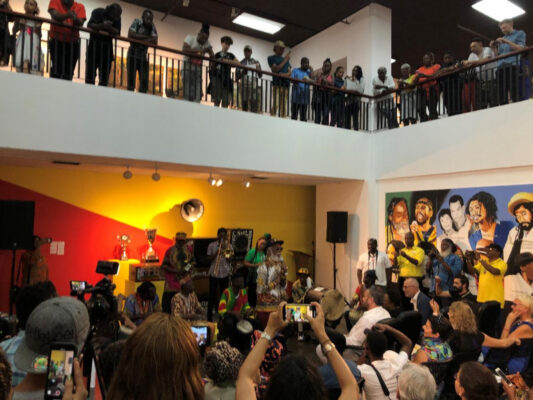 VP Records, its staff and artists participated in and sponsored several marquee events during Jamaica’s Reggae Month 2020 celebrations in Kingston.

“We are proud to be involved with Reggae Month activities and the broad recognition of the contributions of our music to global culture. We genuinely appreciate the recognition VP and Randy’s received this month for our role in this development,” said company co-founder Patricia Chin.

The exhibit is mounted in Jamaica after its grand opening installation in Paris in 2017 and then in Rio De Janeiro, Brazil.

Patricia Chin and Christopher Chin attended the unveiling of a set of plaques sponsored by the Sounds & Pressure Foundation, honoring music industry luminaries including Vincent and Patricia Chin, Winston Riley, Joe Gibbs, and Sonia Pottinger, on North Parade in Kingston, near the site of their original Randy’s store and the area most associated with the growth of the Jamaican music industry.

In addition, VP Records artist Jah9 lectured at the 23rd Bob Marley Lecture Series at the University of the West Indies Mona campus, February 13th, in advance of the release of her album Note To Self.