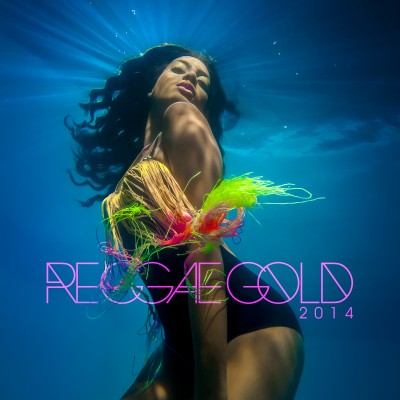 Every summer, the world’s #1 Caribbean music compilation Reggae Gold brings the genre’s top hits into one must-have collection for the masses. This year’s installment, out now on VP Records, is a diverse set of reggae chart toppers and the freshest sounds of the season.

The album opens with Major Lazer’s anthem “Watch Out For This (Bumaye)” featuring dancehall artist Busy Signal, The Flexican & FS Green, whose video alone has over 62 million views. The collection continues with dancehall bangers, including emerging artist QQ’s club-friendly “Jack Hammer” dancehall diva Spice’s “So Mi Like It” (currently at the top of Jamaica’s charts) and Sean Paul’s “Want Dem All” feat. Konshens off his latest album Full Frequency. Soca dynasty Bunji Garlin and Fay-Ann Lyons also rep for Trinidad and Tobago on this diverse set. Garlin gets into the carnival spirt with his 2014 anthem “Truck On D Road” and Fay-Ann delivers a powerful pop-fused melody on “Catch Me.” Jah Cure also delves into the pop and R&B terrain with his captivating John Legend cover “All of Me.” The set continues with Jamaica’s most beloved singers, including Romain Virgo on “Soul Provider,” Etana on “Richest Girl,” Maxi Priest on “Holiday” and Gyptian on “One More Time” featuring Melanie Fiona, to make this truly a reggae music treasure.

VP Records has been at the forefront of the genre with the Reggae Gold series for over two decades. Reggae Gold contains the most popular sounds from renowned artists, crossover recording acts and emerging talent. Reggae Gold consistently lands on the top spot of the Billboard charts for the Reggae Category and is the best-selling compilation for the genre.