TERRY LINEN RETURNS WITH HIS SOPHOMORE ALBUM WELCOME TO MY WORLD 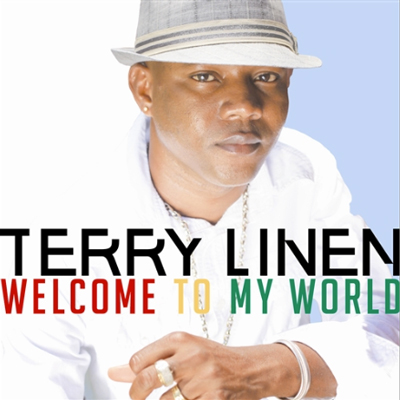 After nearly 15 years, the soulful reggae crooner Terry Linen returns with his new studio album, entitled Welcome To My World. His sophomore effort, which will be released February 11, 2014 on VP Records, follows his acclaimed self-titled debut.

In 1999, the talented Jamaican vocalist emerged in the reggae scene. His influence and similarity to lover’s rock icon Garnett Silk was evident, hence the name “Linen,” and he swept the world by storm with his massive cover anthem of Whitney Houston’s “Your Love Is My Love.”

His comeback is a definite cause for celebration. Produced by Joe Fraser, Welcome To My World is filled with traditional quality reggae and features his signature covers as well as more than half-a-dozen original songs. The talented songwriter and multi-instrumentalist Fabian Smith and songwriter Fitz Livermore also play a key role in the album’s song structure and composition. The 16-track set boasts beautifully crafted lovers rock, typified by “Have To Get To Know You,” “I Can’t Change” and “My Heart Goes Out.” He recreates Frankie Avalon’s late 50s’ hit “Venus,” which strikingly resembles the original. The jubilant “Bam Bam” first sang by Toots & The Maytals, a soulful reading of the O’ Jays’ “Your Body’s Here With Me,” the definitive reggae cut of R. Kelly’s “I Look To You” and a tribute to Whitney Houston on “Exhale (Shoop Shoop)” are more of Linen’s irresistible covers that complete the set.