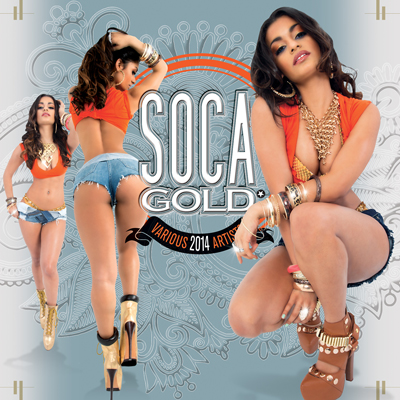 Soca Gold 2014 (May 27, VP Records) landed the #1 spot on the U.S. Billboard Reggae Album chart during its first week. For almost two decades, the annual soca series has been the ultimate Carnival soundtrack from the Caribbean islands.

“We’re happy and proud about the #1 debut this year” said Edwin Howell, A&R Director for VP Records. “Soca Gold CD sales have been very steady over the past few years and this year we took a big jump on digital. Soca is a movement and this music is getting bigger,” he continues.

Check out the behind-the-scenes video footage from this year’s cover girl shoot.