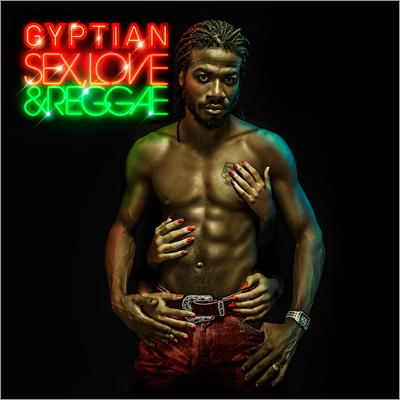 On the heels of his Sex, Love and Reggae Tour across the United States, the Jamaican singer is elated with the news. “It is a real honor to hold the top spot in the reggae category. We worked hard on this album and it represents me to the fullest. I want to thank all my fans who support me each day to do what I do best,” proclaims Gyptian.

In addition to his fans, critics have begun to sing their praises about Sex, Love and Reggae. Associated Press calls the collection “creative and courageous” and feels “Sex Love and Reggae will easily put Gyptian at the forefront of contemporary reggae music.” F– USE raves that his song “One More Time” featuring Melanie Fiona “is a treat for fans of reggae, R&B, pop or anyone looking for a sensual, new sex jam.” One of EBONY’s top picks from the album is Gyptian’s “soothing” cover of Gregory Isaacs “My Number One,” while Pitchfork admires the “colorful” title track produced by Major Lazer and featuring soca star Bunji Garlin and the talented singer-songwriter Angela Hunte, who penned Jay Z’s “Empire State of Mind.”

“It’s all about being versatile,” Gyptian says of the album, and his perspective on music overall. “For me, there’s no boundaries in music. Pick one—there is a Gyptian song in that category for you.”

Sex, Love and Reggae is a marked departure from the MOBO and Soul Train award-winning Jamaican singer’s previous releases and unveils another layer of his artistry. The musically diverse set – that takes the listener from dancehall to soca to global pop and R&B sounds – follows his 2010 critically-acclaimed album Hold You and its RIAA certified Gold title track, which featured a Nicki Minaj remix. The 17-track set features an eclectic mix of production from Jamaica including Shane C. Brown. Justus Arison and Stanley “Rellee” Hayden for A Team, Russian and TJ Records and is co-executive produced by Jerry “Wonda” Duplessis, who is known for cranking out hits for superstars such as Miguel, Mary J. Blige, Lupe Fiasco, the Fugees and many more.

Just as the title would imply, Sex, Love and Reggae is a spicy and sweet mixture of hits. He displays his playful side with wine-inducing anthems like “Non Stop” and “Wine Slow” (which already received over 7.5 million YouTube views for the lyrics video alone) and reveals his affectionate side on romantic ballads like “Majestic Love” feat. R&B singer Estelle. He even delves outside of the genre and re-imagines Cyndi Lauper’s “True Colors,” which was part of Chevrolet and MTV Iggy’s “Cover The World” campaign.

The reggae star recently unveiled the official album trailer and his latest video for the album’s lead single “Vixen” featuring Angela Hunte. The single, which is co-produced by Jerry Wonda and samples Reggie Stepper’s “Cu-Oonuh,” is currently spinning on Top 40 and Urban radio stations across the United States and United Kingdom and bringing a much-needed dose of reggae back to the airwaves.