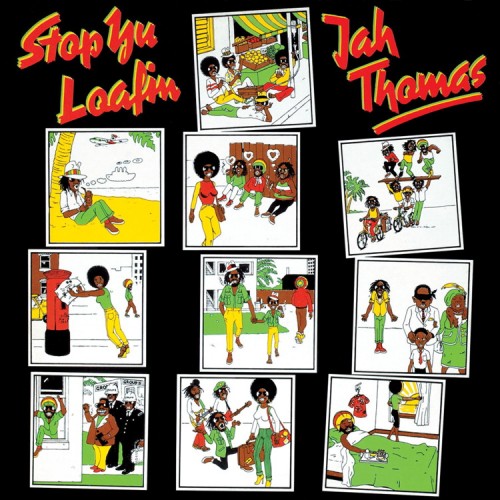 1978 classic DJ set finally gets a CD re-issue in the Greensleeves Reggae Classic series.
One of the original album releases that launched the Greensleeves record label Stop Yu Loafin captures Jah Thomas flashing at the height of his powers over a set of 10 crucial Revolutionaries rhythms. “Full Up”, “Death In The Arena”, “Answer” – this is the Rockers sound that revolutionized the sound of Jamaica.

Produced by Joseph Hookim at the then ruling Channel One Studios and expertly engineered by Ernest Hookim & Barnabas Stop Yu Loafin locks down ten classic microphone attacks including DJ cuts to Leroy Smart’s do-over of Bob Marley’s “Waiting In Vain”, Horace Andy’s “Girl I Love You” and two John Holt killers cuts in “Anywhere” and “Satisfaction”.

Stop Yu Loafin was the first release to feature the iconic artwork of Greensleeves longtime cover illustrator Tony McDermott and is a long overdue and most welcome addition to Greensleeves Reggae Classics series.