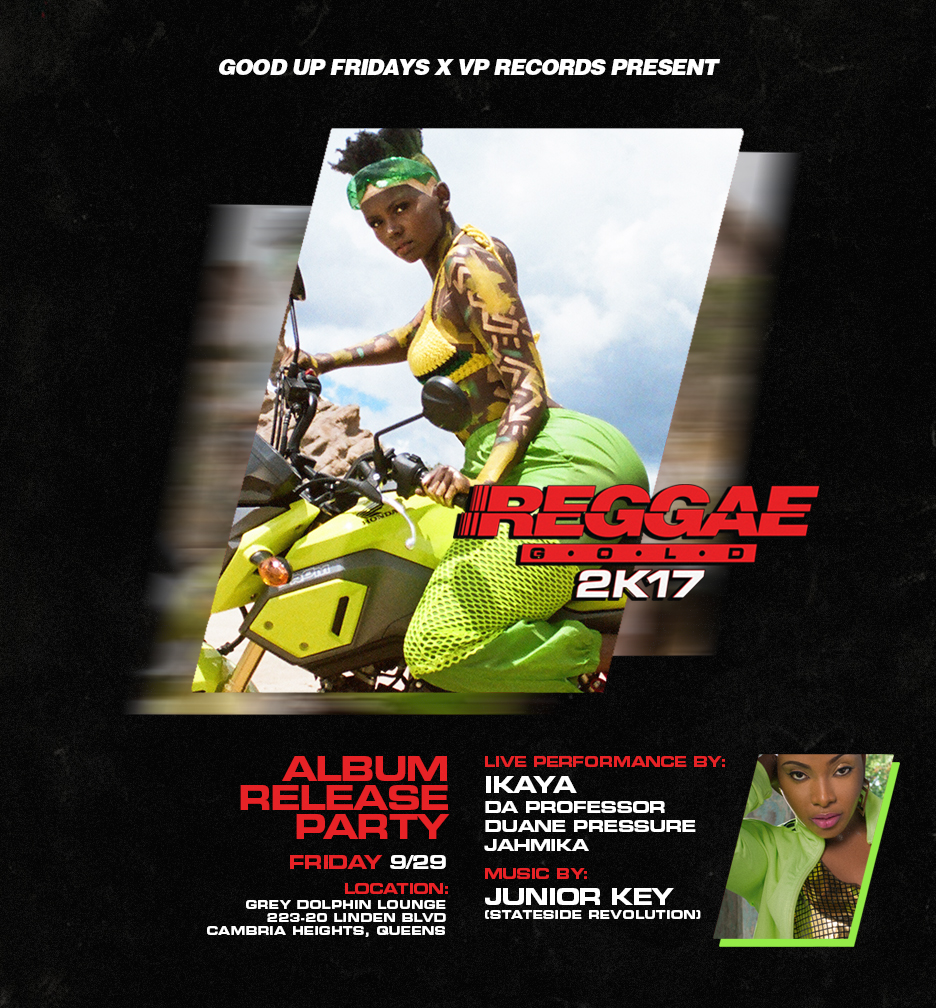 The Reggae Gold compilation series from VP Records has presented the best of dancehall, roots and lovers rock reggae for over two decades. Now in its 24th year, Reggae Gold continues its run as the ultimate reggae music compilation for reggae mavens and those new to the genre. The 2017 edition of Reggae Gold is available now and offers current hits and future classics plus, multiple exclusive tracks from some of reggae’s biggest stars.

Among the exclusives on Reggae Gold 2017 are the new hit from R&B diva Estelle, ‘Love like Ours featuring Tarrus Riley’, the international dancehall smash ‘Now’ from reggae heart throb Romain Virgo and the smooth, mid-tempo track ‘Hide’ by DeepJahi.

The set also includes current hits ‘Banga’ by Aidonia, ‘Trueversation’ by Queen Ifrica featuring Damien Marley,’ and the breakout dancehall smash of the year, ‘Loodi’ from Vybz Kartel and Shenseea. Other notable tracks from Jah cure, Chronixx, Spice, Christopher Martin, Tarrus Riley, Raging Fyah and Style X are also included. Crossover radio hits ‘Gyal you a Party Animal’ by Charly Black and ‘Luv’ by Tory Lanez round out the set.

A bonus DJ mix disc by Jamaica’s Chromatic marks the 1st time in the compilation’s history that a DJ/Sound has been selected to do the official mix back to back. The incredibly talented comedian Majah Hype did an exclusive Reggae Gold 2017 skit that has amassed over 91,000 views.

“We couldn’t have been more satisfied with this year’s Reggae Gold. There is something for everyone and we wanted to make sure that each song was just as good as the last,” said Neil Edwards, Senior A&R at VP Records.