Regarded as one of Jamaica’s most promising young acts, the band Raging Fyah makes music that is tethered to their island’s enduring, much emulated roots rock reggae tradition yet is distinguished by an expansive vision that propels their musical journey forward. The five piece band from Kingston, Jamaica, received critical acclaim for the intricate harmonies, nuanced musicianship and impressive songwriting skills showcased on their previous self-released albums, Judgement Day (2011) and Destiny (2014), earning comparisons to legendary reggae outfits including England’s Aswad and Steel Pulse, and Jamaica’s beloved Third World.

“That ‘70s vibe is a complete natural for us,” says singer and guitarist Kumar Bent. “We all listened to a lot of music from that period. The Wailers, Third World, and the British reggae bands like Steel Pulse and Aswad. It’s a big influence.”

Pele, Demar and Anthony Watson met while studying music at Kingston’s Edna Manley College of the Visual and Performing Arts, under the tutelage of Ibo Cooper, former keyboardist with Third World. They joined forces with veteran guitarist Courtland “Gizmo” White and formed Inside Out in 2002 before changing their name to Raging Fyah in 2006. The band spent years backing artists at major stage shows in Jamaica; their long held ambition to perform original music became a reality when Kumar Bent signed on as lead singer in 2010. Kumar attended Edna Manley College a few years after his band mates, initially studying piano; at Cooper’s insistence he began writing and singing his own songs.

“That was when we really began rehearsing and writing,” explains bass player Delroy Hamilton. “There’s no one person who writes the songs,” Bent says. “We all contribute. We’re a collective. Sometimes a piece can come out of a bassline or a drum lick. It has to have a vibe; if it does, then we work on it.”

The Fyah Squad spent time honing their material and integrating knowledge from their time at Edna and from their individual experiences supporting other Jamaican veterans. Each member bringing their own groove, life experiences and musical influences recognized the mutual dedication required to take their efforts to the next level. They were all ready to dedicate themselves full-time to Raging Fyah which then led to the decision that the next step was to make an album.

“It took a while,” Hamilton admits, “…but we needed to make the transition from just playing to understanding how serious we all were about this. We were always passionate about our music, but finally we were ready to make that commitment and take on the sacrifices to do it properly.”

In 2011, they released their critically acclaimed debut album Judgement Day, gaining instant popularity and presence locally and internationally. Some of the songs like the title track Judgement Day and hit single Far Away received heavy rotation on the airwaves and even found their way onto a few notable charts. With conscious roots/reggae on the rise again, the “Fyah” continued to spread into 2012 as they steadily captured the hearts of the Jamaican listeners. There was a heavy demand for the talented and versatile band’s thrilling live performances at various shows – from intimate acoustic sets to large stage shows such as Rebel Salute and Jamaica Jazz and Blues Festival. In that same year the band hit the road to perform on a number of global stages as well as to headline several major reggae festivals in Europe like Summerjam, Rototom Sunsplash and Garance.

Destiny was a different journey, having been on the road for the majority of 2012 many recordings took place wherever they could. Some tracks were laid down in Poland during a stopover, others though, still came from the heartbeat of Jamaica. The lead cut, “Fight,” with its distinctive, ear catching whistling introduction along with “Mankind” were actually among the first songs the band ever recorded.

“We did those two in 2008,” Bent recalls, “but it had never been the right time to release them before this [Destiny].”

Their sophomore album, launched to the world in 2014, bringing with it rave reviews, widespread recognition and a massive global following. The band has since been touring heavily throughout Europe, Costa Rica, Siberia and areas of the South Pacific promoting their message and delivering solid performances from both albums.

“We try to show reality, but in a very positive way,’ notes Hamilton. “That hope of a better tomorrow is important to all of us. They’re messages to keep us all grounded, but to push ahead too. We’re optimistic and we want to communicate that to uplift people and make them feel better about the world.”

Destiny shows how Raging Fyah has developed. Reggae is still the heartbeat of the sound, and the positivity of the lyrics remain as strong as ever. Fueled by passion, purpose and life experiences, their lyrics touch the soul of the listener, uplifting and motivating people from all socio-economic and cultural backgrounds. Whether the message is love, peace or empowerment, Raging Fyah burns through barriers of time, age, race or class with relatable songs for everyone to love.

Having just completed their third album, Everlasting, set to debut May 27th, 2016 the Fyah Squad promises to deliver on this one as they set out to rekindle a flame of positivity in the music industry. 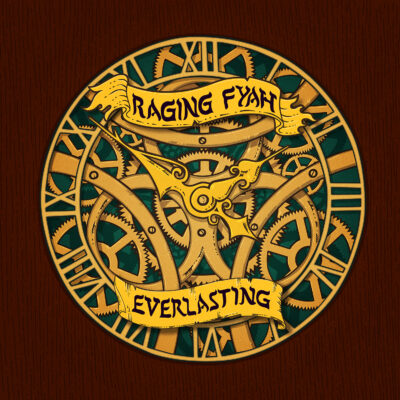 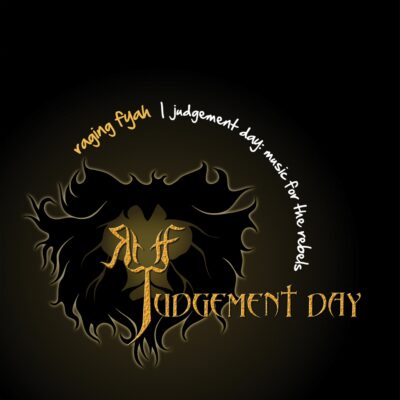 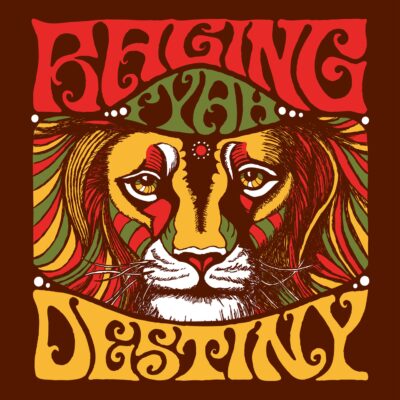