Peer to Peer with SoundMag 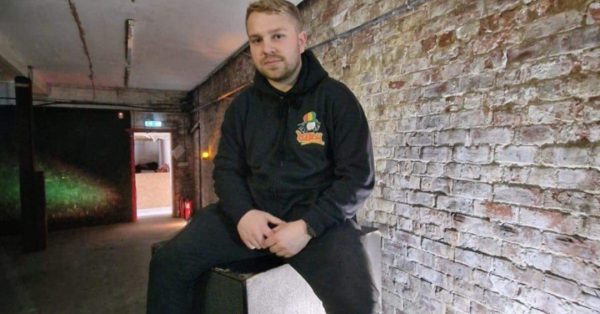 Sound System culture, and the excitement of Sound Clash come together nicely in the growing publication called SoundMag.  We think this is an outfit you should know!

JY: Milan, my friend from school and his brother Akash helped me into the sound system business by bringing me into the Iration Steppas family. Later me and Akash decided to build a sound with Pete. For Sound Mag, myself and a friend, Dave Price had a keen interest in culture and the documentation of culture. Having both been brought up in the school of Subdub we of course had a keen interest in sound system culture too, Dave is an amazing photographer and we saw a gap in the market for a magazine so we just went for it and it went really well.

The sound system as Rebel Spirit Sound was the first notable project. Me, Akash and Pete joined forces to reignite the Leeds youth dub scene. Later came the magazine where we released our first issue around 2018. The first issue now all sold but a repress coming very soon.

I guess there was never a natural breakthrough because I had the support for Mark Iration from day one having been a boxman for him for years. It was a matter of doing something good and Mark massively supported, so I have to give thanks for his help.

With the sound system we’re trying to re strategise to suit the current climate of the dub scene post covid. In terms of the magazine there is the reprint coming soon, issue six is almost complete and we are starting to do side books which heavily focus on a certain part of this culture. The project we are currently working on is documentation of the American sound system scene.

At the current moment I have been trying to find tracks from a fairly new genre called Amapiano to refresh my mind from dub. Although when I have been listening to reggae and dub it has been a lot of the Love Joys. They’re my go to when it comes to summer.