Peer to Peer with Jermaine McCalpin 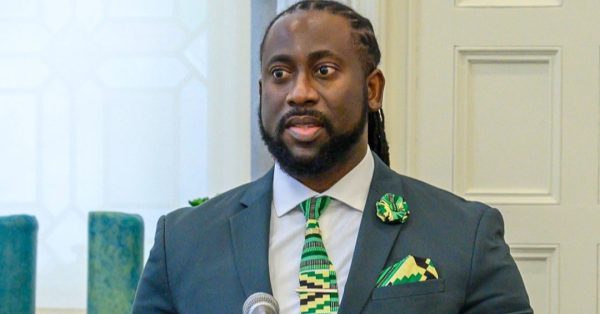 Jermaine McCalpin is not in entertainment, but he is a major figure at New Jersey City University and a son of Jamaica.  He is currently Chair of the African and African American Studies Program at New Jersey City University.  Dr. McCalpin was previously Associate Director of the Centre for Caribbean Thought and Lecturer of Transitional Justice in the Department of Government, University of the West Indies, Mona (2007-2016).  He attended the distinguished Calabar High School.

VP:  How did you get your start in Education?

JM:  I was doing my undergraduate degree in Political Science and International Relations at UWI in 1996. I was still interested in doing Law until I started doing a course in African Politics.  I had a deep interest in the subject and my Lecturer at the time Dr. Anthony Bogues was traveling for a conference. He said ” you seem to love this topic why don’t you teach the class while I am gone?”

I laughed because surely he was joking. He said he was serious. I prepared myself to lecture that Thursday afternoon in November 1997. I was scared but I did it. It was there my eyes opened up to teaching and being a lifelong educator. I have now taught at the college level for 23 years.

VP:  What was your first notable project? (related to education)

JM:  This was teaching at the tertiary level as a 21 year old Master’s student. I was teaching in the distance education and my students were often public servants and administrators  who were my parents’ age.  It brought so much satisfaction to see their eagerness to learn.

JM:  When I obtained a first class honours in Political Science and International Relations it was confirmation that I was walking in my potential and destiny.

JM:  I published a book on grief entitled Sown inTears: Reflections on Grief and Loss last year and I am working on a second one. Professionally, I am completing a manuscript on comparative truth commissions in Africa and the Caribbean as well as another on reparations and genocides.

JM:  I am listening the songs from the Verzuz with Bebe and Cece Winans and Mary Mary and VP Records 20th Anniversary on Spotify

Peer to Peer with Raul Dunkley ›