Peer to Peer with Aza Lineage 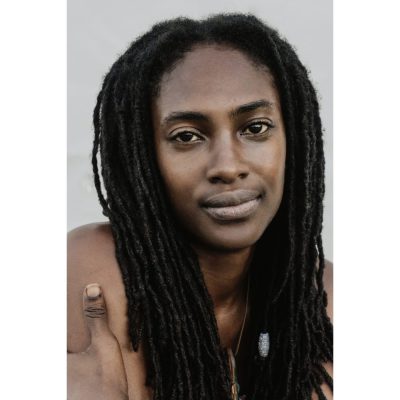 Aza Lineage’s voice and energy is a refreshing addition to the Reggae landscape at home and abroad.  The rising star is firmly rooted on the roots side of Dancehall and is currently working with King Jammy on a new album.

VP:  For those of our readers who have not yet come across your work, please can you introduce yourself?

AL:  Blessed love Greensleeves, maximum respect to all your readers and listeners over the years. My name is Aza Lineage, I am a young Reggae artist, singer, singjay, writer, from Kingston 7 Jamaica. I am a creative person, I am passionate about music and I love what I do. I appreciate that music helps me to connect and communicate with similar experiences and emotions with the people. I enjoy and appreciate working with other creatives, music is my life, I love learning about the history and the foundation that contributed to such a phenomenal culture. From the singers, to the producers, to the soundsystem operators, to the promotors, to the distributors and of course the colourful patrons who are always in attendance, soaking up the good vibes that came along with the good music. I am fun-loving, I love to cook, I love food, I love to cook it and I love to eat it and I am the mother of a beautiful nine-year-old girl. Blessings.

VP:  You have recently been working with veteran Jamaican producer King Jammy, how did that opportunity come around and can you tell us more about the project?

AL:  Firstly I just want to say maximum respect to King Jammy, give thanks for your greatness, give thanks for your contribution towards such a global culture. The link came about with me and King Jammy, I had this song which I wrote from 2016 called ’Soundsystem’, I used to go in and around Kingston singing on small soundsystems, small sessions just singing the song and my bredrin Smiles, he was the one who said “you know that I think we should link King Jammy with this song”, because at that time I never recorded the song. So he went his ways, he got King’s number and the following day, him shout King, and King say “well, I hear you but I’m not working with any young artist at the moment”. So I don’t know what he (Smiles) told him to convince him, but he was convinced and he set up a meeting the following day. We reach about five minutes before King and we sat outside under the mango tree near the gates of the studio, when he came we introduced ourselves, Mumma Iris was there. So King says ”you are the artist?” so me say “yes King” and he say “gimme something”, so I gave him ’Soundsystem’. I started with the chorus and before I could go into the verse, him say “yeah man pull up, ya bad!” and within 30 minutes we went inside the studio and we recorded the song. After recording that song I got another opportunity to be on an album that he was producing at the time which was ’Tracks Of Life’ and from that time we’ve been working ever since. The experience has been good, King is a seasoned producer who has zeroed the game plenty time, so to sit at his feet as a student is, I can’t explain it, but each time I go to the studio I learn so much, I can see where my vocal has been improved, my writing has improved, just by working alongside him and watching him work. Just soaking up all that experience and all that expertise from him, maximum love and respect to King ah me boss that inna music.

VP:  For many years Reggae & Dancehall has been very male-dominated with female artists and professionals often sidelined, since you started your career have you seen any improvements and what more do you think can be done?

AL:  Reggae and Dancehall is indeed a male-dominated space but through it all, we have seen some powerful females rise up, like I-Threes, Marcia Griffiths, Judy Mowatt, Rita Marley, champion producer Sonia Pottinger, Lady G, Mumma Nancy, Lady Ann, Sister Carol, Lady Saw all of whom I look up to. To know it now comes to an artist like yours truly, you also have Lila Ike shining, Koffee shining, Naomi shining, Keida shining, Yeza shining, Hempress Sativa shining, Xana Romeo shining, Jah9 came and made a big impact and is still shining. So I think as a female we are stepping out in our confidence and expressing our talent musically and I feel like, even though it was so hard, especially in the beginning, all the work that the females, the few in proportion to the males, still shine bright today. those ladies, those queens are an inspiration to myself.

VP:  Greensleeves Records celebrates its 45th anniversary this year and has released a wealth of music from across the Reggae & Dancehall universe. Can you tell us about your favourite release from the Greensleeves catalogue?

AL:  Wow, this is a tough one. To choose one song as a favourite release from Greensleeves! Firstly give thanks to Greensleeves for all the good music that you’ve been putting out over the years. I can’t choose one, so I’ll choose three! The first one is Yellowman ‘ Zungguzungguguzungguzeng’ 1983  – me love that tune an gone to bed! And of course Wailing Souls ‘Firehouse Rock’, I love the original and I love the remastered version. And to top off the list I would say King Jammy & Dennis Brown – ’Tracks Of Life’.

VP:  Please tell us about any upcoming projects you have planned.

AL:  I am excited to share that I am working on a compiled works with King Jammy’s and we’ve been really putting in a lot of work. He is hands-on with the works and he is always present in terms of riddim arrangement, song writing, voicing the song, very hands-on. That’s coming forward and I’m very excited – King Jammy meets Aza Lineage.