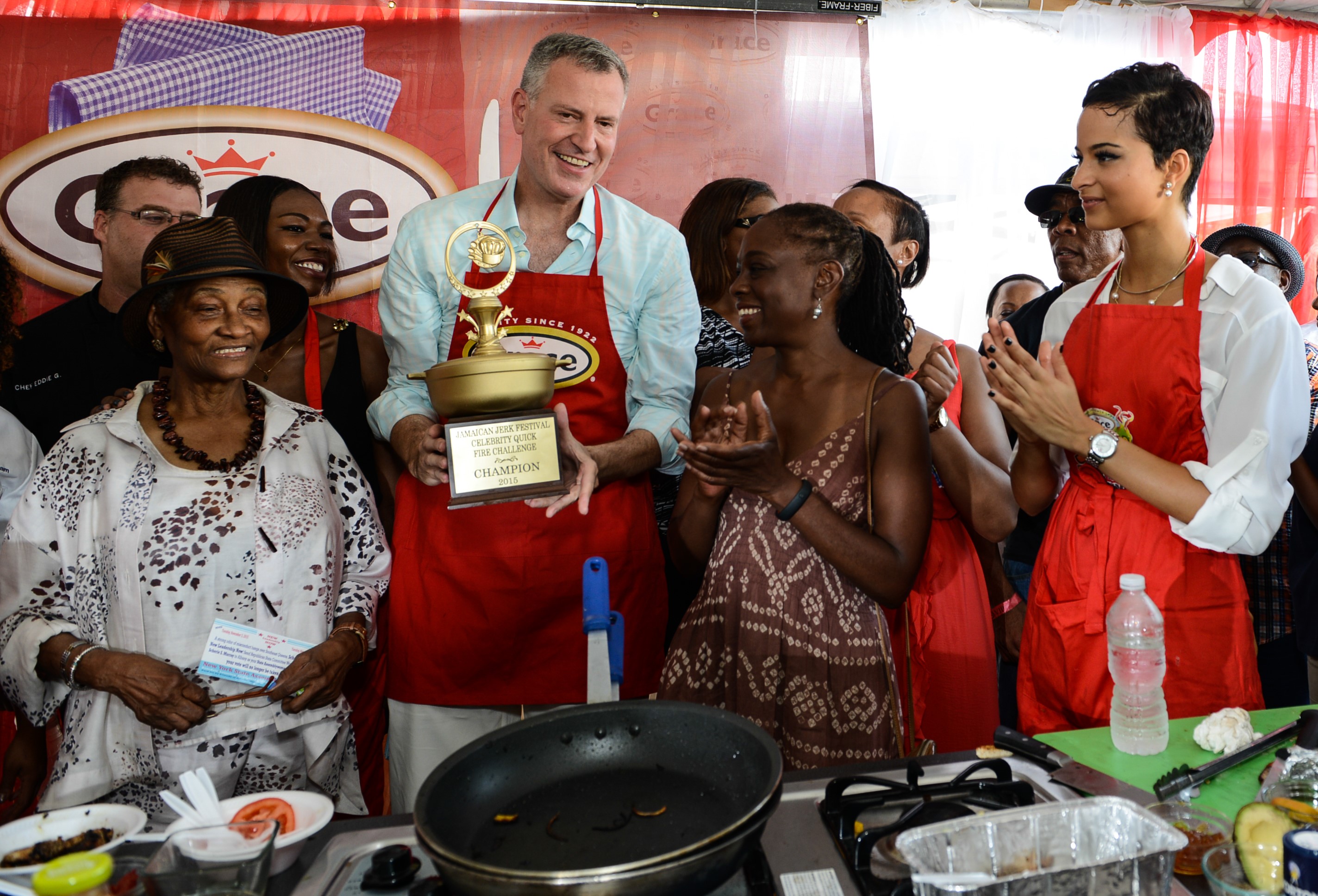 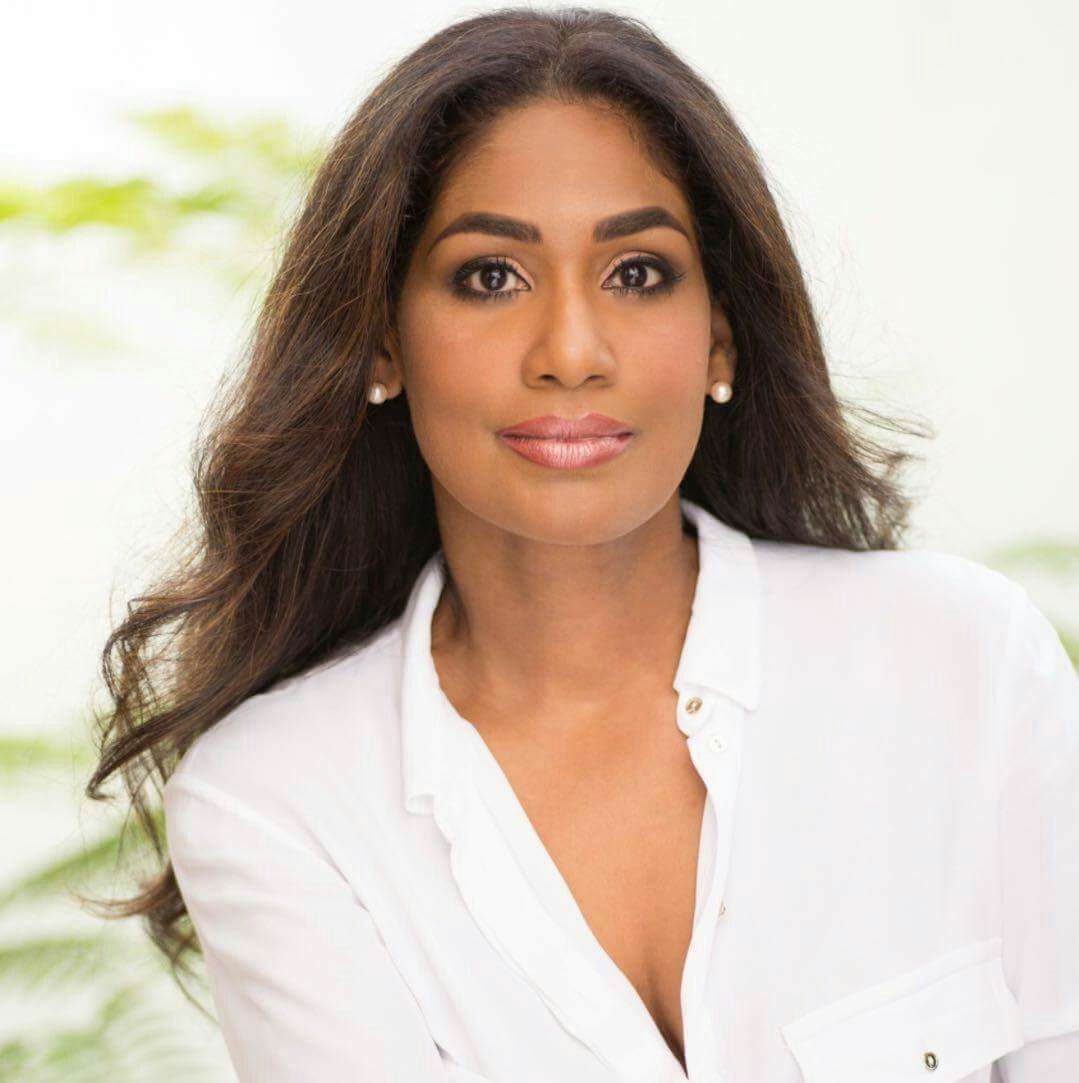 The organizers of this year’s Grace Jamaican Jerk Festival are excited about the potential contest between New York’s Mayor, Bill de Blasio and Jamaica’s former Miss World and Member of Parliament, Lisa Hanna.  The two could meet in the fiercely contested Celebrity Quick-Fire Challenge at the 7th Annual Grace Jamaican Jerk Festival, scheduled for Sunday, July 23rd at Roy Wilkins Park in Queens.

Mayor de Blasio has emerged twice, as the victor, beating Kaci Fennell, Miss Jamaica Universe 2014 and actor Leon from the movie Cool Runnings.  The Mayor has indicated that he plans to return this year to compete against Lisa Hanna and defend his title.

Miss Hanna is the embodiment of a modern day ‘renaissance woman’, a karate instructor with a black belt in karate, in 2007 she became the youngest member of Jamaica’s Parliament and served as Minister of Youth and Culture from 2012-2016. She has been touted for her culinary skills and will be fully prepared to challenge de Blasio on his home turf for the Dutch Pot trophy.

The Culinary Pavilion is one of the featured activities at the Grace Jamaican Jerk Festival, where patrons gather and rub elbows with celebrity chefs, fellow jerk lovers and other VIPs.  Hosted by Chef Hugh “Irie Spice” Sinclair and co-hosted by Chef Wenford Patrick Simpson, Celebrity and Corporate Executive Chef of BB King’s in Times Square, the Culinary Pavilion promises an afternoon of cooking showmanship.

Chef Simpson, is known for preparing food combinations that are as flavorful as they are beautiful, which has landed him numerous features on local and national TV and major food publications. The live Q&A session after the cooking demonstrations, offers patrons an opportunity to ask questions so they can prepare culinary delights at home.

Returning to the Culinary Pavilion are celebrity chefs, Andre Fowles of Miss Liiy’s Kitchen and Everything Food by Andre Fowles.  The two-time winner of Food Network’s Chopped will delight fans with a demo of one of his special recipes. Also highlighting his culinary skills is Chef Max Hardy, entrepreneur, philanthropist, and former private chef to NBA Allstar Amar’e Stoudemare.  These two powerhouses have appeared in the Culinary Pavilion previously. They love this place!

Competing for the Love of Jerk!
St Lucia’s son, Chef Shorne Benjamin will compete against Jamaican Chef Troy Levy in the epic Celebrity Chef Throw Down. Both chefs have achieved much success in the Caribbean food scene by being trailblazers in their innovative Caribbean Cuisine creations.

“There is no shortage of fun, food and excitement at this year’s festival which begins at noon and ends at 8:00 p.m. Features include a Cultural Stage, a Kids Zone, extensive food court, Corporate exhibitors and a sizzling concert featuring reggae’s Royal Family Morgan Heritage, Barrington Levy, Konshens and soca queen, Alison Hinds.

Advance tickets to the Grace Jamaican Jerk Festival NY are available online at www.jerkfestivalNY.com or at selected retail outlets in the tri-borough area. Children 10 and under are admitted free.