“His Name, Keith Hudson. Born in Kingston, Jamaica. Hail by Brethren as Mr. Rhythm…” ‘Flesh Of My Skin’

A legend in his lifetime Keith Hudson explored his own highly individual musical path for twenty five years. For much of that time his idiosyncratic approach was “neither profitable nor popular” but his standing has never ceased to strengthen and grow since his tragic, untimely death. Keith Hudson’s approach to music making was always innovative and inspired and, in a genre renowned for its eccentric personalities, there are few who are able to match his enviable reputation as a record producer, songwriter and singer.

Born 1946 in Kingston, Jamaica Keith numbered Ken Boothe and Delroy Wilson among his contemporaries at Boys Town School and was a sound system devotee and “fervent follower” of Sir Coxsone The Downbeat. Keith Hudson trained as a dental technician, he was later termed a “ghetto dentist”, and in 1969 using money that he had earned at his trade, he produced the first records for his own Imbidimts/Inbidimts label. ‘Old Fashioned Way’, sung by Ken Boothe, was the first release on Inbidimts and was a Number One hit. He recruited another old school friend, Delroy Wilson, versioned Delroy’s Studio One classic ‘Run Run’ and hit again… and then again with John Holt and ‘Never Will I Hurt My Baby’.

After this incredible success with vocalists Keith Hudson then became one of the first producers to take sound system deejays out of the dance halls and into the recording studio. The legendary U Roy deejayed over ‘Old Fashioned Way’, with an altered bass line and renamed ‘Dynamic Fashion Way’, on Inbidimts. Perhaps this was a reference to ‘Dickie’s Dynamic’, U Roy was deejaying for Dickie Wong’s sound system at the time, or perhaps a comment on U Roy’s dynamic approach for this second, or third, version of this classic rhythm.

“Now you know wonderful (to be) surrounded by these brothers of talent… along with the man the great producer K. Hudson around. Third version of ‘Old Fashion Way’… ” ‘Dynamic Fashion Way’ – U Roy

The equally legendary Dennis AlCapone cut his first record as Smith (Dennis’ real name was Dennis Smith) for Keith Hudson. ‘Zaga Zaga’ was not a big hit but the “second version of ‘Old Fashion’… called the ‘New Fashion’. Crazy like I tell you…” entitled ‘Spanish Omega’ proved to be a big seller and another major step forward for Dennis AlCapone and deejay music. In 1972 Keith Hudson took Big Youth and a motorcycle to Dynamic Sounds Studio to record ‘S. 90 Skank’/’Ace 90 Skank’ for his Mafia label over a rhythm that Keith had sung as ‘We Will Make It Up’. This record not only kick started his career and gave Big Youth his first big hit but also introduced the talents of Ossie Hibbert, musician and record producer, to the wider world.

“When I became a full time musician the song that really broke me was ‘Ace 90 Skank’… before that nobody really knew me. It was only Bunny Lee and some of the other producers who knew me. The rhythm was on one track… and we just took it away! When Big Youth came on that rhythm that made me famous and then people like Duke Reid used to use me…” Ossie Hibbert

“I like albums. So many singles come out you can have one out and it get lost ‘mongst records y’know…”
Keith Hudson

The first long playing Keith Hudson ‘solo’ set, ‘Furnace’, featuring a combination of Keith’s own vocals and instrumental and deejay tracks in a style that would later be termed a ‘showcase album’, was released in 1972 on Imbidimts in Jamaica. The Soul Syndicate provided the excellent rhythms which included two versions of ‘Riot’, U Roy Junior’s take on ‘Beat Down Babylon’ entitled ‘Tribal War’, ‘Don’t Start It Up’ a further version to Keith’s superb ‘Popular’ and closed with Keith Hudson’s beautiful, moving variation on ‘Just A Closer Walk With Thee’.

“This young man can simply be classified as a Soul Communicator. Hudson approaches a song with lustful stamina with ambition on verse in much the same manner…” ‘Furnace’

Keith continued his examination of reality and conscious themes with ‘Class And Subject’, released in Jamaica on Mafia, and ‘Entering The Dragon’ which saw UK release through Magnet Records in London in 1974. He was still very much an underground artist but these albums helped to create a lot of interest in the work of Keith Hudson not only “the great producer…” but also as a singer and songwriter.

Keith Hudson had relocated to London in 1973 where he produced his first long playing masterpiece: ‘the black breast has produced her best, flesh of my skin blood of my blood’, sometimes known as ‘Black Breast’ but usually referred to as ‘Flesh Of My Skin’. First released on Mamba towards the end of 1974, and almost impossible to find at the time, it was memorably termed “reggae’s first true concept album” and the set has attained near mythical status over the ensuing years. His next long player, ‘Torch Of Freedom’, was originally issued on Keith’s own Mamba label and was then re-mixed, re-packaged and re-released through Atra with the benefit of a Virgin distribution deal. It was followed by one of the few near perfect dub albums, ‘Pick A Dub’ another Mamba release, which demonstrated Keith Hudson’s total mastery of the enduring power and importance of the rhythm to reggae music.

“Keith has proven that he can bridge that mysterious generation gap by appealing equally to young and old people.” ‘Furnace’

After Bob Marley’s international breakthrough on Island Records in 1975 many major record companies started to look for their own reggae visionary and, the following year, Keith Hudson signed a four year contract with Virgin Records. His profile had never been higher and Virgin allowed him complete artistic freedom but, as always, Keith Hudson refused to come up with obvious solutions. His first Virgin album was to be his last and ‘Too Expensive’ “and you know it baby” was to prove one of the most aptly titled records ever. The funk based set reputedly cost a lot of money to record but did not sell well and the album’s price tag was still too exorbitant for record buyers when it was rapidly relegated to the cut price racks. Virgin Records then released him from his contract.

Keith announced he had been “going to music school in New York for a year now, getting voice training” in 1976 where he also established the Joint label. On his return to Kingston he released two singles ‘(Jonah) Come Out Now’ credited to Lloyd Linberg, possibly due to Virgin contractual obligations, on Tell A Tale and his alternative Jamaican National Anthem ‘Rasta Country’ on Federal’s Wild Flower subsidiary.

The following year Keith released the ‘Brand’ album in London. It was his second dub album and, apart from two further deconstructions of ‘Rasta Country’ entitled ‘National Item’ and ‘National Anthem’ and a cut to President Shorty’s ‘Barbican Heights’ which was a version to Keith’s ‘Barbican’, it consisted of searing brand new rhythms. Long playing dub releases had usually relied on a degree of familiarity with the original rhythm tracks but the intensity and power of ‘Brand’ immediately dispelled any doubts the listener might have had. Its vocal counteraction was eagerly anticipated by the cognoscenti.

The wait was not too long and in 1978 the truly magnificent ‘Rasta Communication’ featuring Keith’s extraordinarily individual vocals now graced the rhythms that the reggae audience had grown to know and love on ‘Brand’. This serious, dignified album was first released on Joint Records in New York and then given a worldwide release through Greensleeves Records in London. The soul communicator had become the Rasta communicator and tracks such as ‘I’m Not Satisfied’ ‘I’m No Fool’ and ‘I Won’t Compromise’ defined Keith’s revolutionary artistic stance. Sombre and brooding, concentrating on themes of black consciousness, “righteous and proud” and packed with an intensity that defied all preconceptions of how a singer should sound, ‘Rasta Communication’ was immediately acclaimed as a classic. On this release, for the first time ever, the original album is presented with full length dubs to every track and alternative seven and twelve inch versions.

“The music speaks with the burden and suffering of the black race. The dreams and aspirations, the disappointments and desolation. The serenity of religious faith…” ‘Rasta Communication’

Previously much of Keith Hudson’s music had never been widely or readily available and this had added to his appeal and mystique but ‘Rasta Communication’ proved to be too much too late. Despite critical and public acclaim and international distribution for the album Keith Hudson did not make that all important breakthrough. A deejay album, ‘Green Valley’ from Keith’s friend Militant Barry, built around the ‘Rasta Communication’ rhythms featured ‘Pistol Boy’, a tribute to Sid Vicious, was also released but it was not a big seller and Keith Hudson was destined to remain a ‘cult artist’. Many lesser talents achieved overground success during this period of reggae music’s greatest international popularity… but not Keith Hudson.

As the decade drew to a close Keith found himself, not for the first time, out of step with the reggae mainstream as the music inexorably shifted towards the more earthly concerns of the dance hall style. He released two further long playing records, the atmospheric ‘Nuh Skin Up Dub’ and its vocal companion ‘From One Extreme To The Other’ in New York and a number of twelve inch releases. Keith rarely performed in public but starred in two live shows in New York in 1980. He continued to travel between New York, London and Kingston where he was recording with the Barrett brothers, Aston and Carlton, in the summer of 1984 when he was diagnosed with lung cancer. At first he responded well to radiation therapy but he collapsed and died later that year on 14th November.

Constantly challenging the status quo, a true musical and lyrical visionary, first in countless categories, never afraid to take chances and try something different, Keith Hudson was, and will always remain, an enigma. 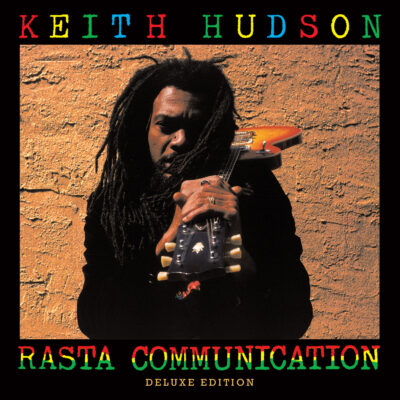 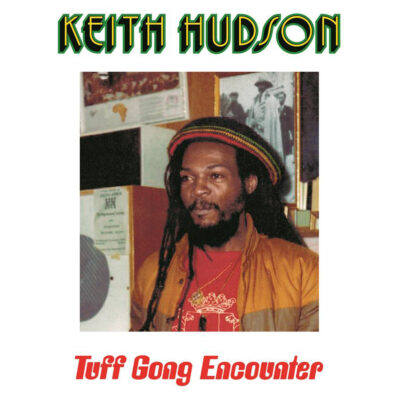 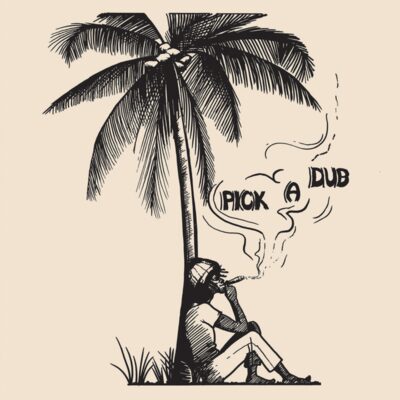 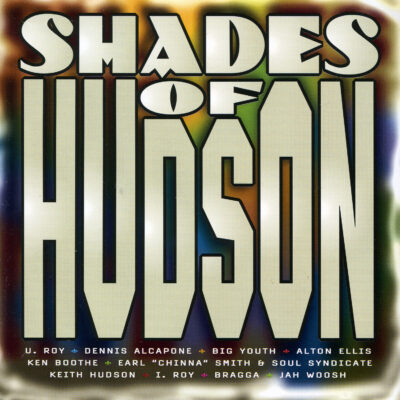