Henry ‘Junjo’ Lawes – born and raised in the ghetto around Olympic Way, West Kingston, Jamaica – established himself as one of the most prolific and influential music producers in the first half of the eighties. ‘Junjo’ actually started his musical career as a singer but it was not until he turned over to production work that he drew notable attention of a broad audience. After having first ventured into production work with Linval Thompson ‘Junjo’ produced the first hit 45s from a teenage Barrington Levy and then his highly acclaimed debut album “Bounty Hunter”. For this album he had employed the Roots Radics and young engineer Scientist. Barrington Levy’s distinctive powerful voice in combination with the raw and uncompromising riddims provided by the Roots Radics and Scientist’s innovative mixing style made Barrington Levy’s debut album a huge success.

It not only marked the start of a period in Jamaican music when Henry ‘Junjo’ Lawes was regarded the leading producer but it also launched Dancehall as a fully developed musical style. As ‘Junjo’ Lawes didn’t have his own studio he usually used the Hookim brothers’ Channel One Recording Studio at Maxfield Avenue, north of Spanish Town Road. After his successful collaboration with Barrington Levy more hits followed on his “Volcano” label. All deliveries were underpinned by the driving riddims from, first, the Roots Radics and then the High Times Band from guitarist Earl ‘Chinna’ Smith. One of the most striking hits was the very original “Wa Do Dem” by Eek-A-Mouse. This tune set another trend – now known as singjay – as it combined elements of singing and deejaying.

Another important hit for ‘Junjo’ Lawes was the combination tune “Diseases”, which was done by Papa Michigan & General Smiley, as this killer tune proved that the deejay partnership was not entirely reliant on original Studio One riddims. Furthermore Lawes worked with artists like Michael Prophet and Barry Brown and unmistakably demonstrated he could also handle these more orthodox singers with equally convincing results as can be witnessed when listening to Barry Brown’s “Give Israel Another Try” and Michael Prophet’s “Gunman”, delivered across ‘Junjo’ Lawes’s most enduring original riddim. Michael Prophet had established his name outside Jamaica thanks to some excellent roots recordings he did for artist/producer Vivian Jackson aka Yabby You, but it was his work for ‘Junjo’ that brought this fine singer to a broader and younger audience.

However, despite the fact that he delivered convincing efforts with these more orthodox roots singers Henry ‘Junjo’ Lawes prefered to work with vocalists who had closer links to the dancehall circuit of Kingston amongst them Johnny Osbourne and former African Brothers member Tony Tuff. These two relative vets had made excellent cultural records during the seventies but had an open mind when Dancehall emerged. Especially Johnny Osbourne made a serious impact and became very popular with the Dancehall massive.

Hard competition was given by the younger Dancehall singer par excellence Frankie Paul, whose ‘Junjo’ Lawes produced tunes “Pass The Tu Sheng Peng”, “War Is In The Dance”, “Jump No Fence” and “Dem Talk About” were among the best of his early years and are now regarded as Dancehall classics. John Holt was another veteran singer who took advantage of the rugged Lawes-produced Roots Radics riddims. His collaboration with ‘Junjo’ was very successful and brought him hits like “Ghetto Queen”, “Police In Helicopter” and the truly superb updating of his all-time Studio One classic “A Love I Can Feel”. But there were more established Jamaican artists to benefit from Henry Lawes’ production work. Alton Ellis, Junior Murvin, Leroy Smart and Ken Boothe – to name a few – reached a new audience with their efforts across the modern Dancehall riddims provided by the Roots Radics or High Times Band.

But the vintage act that was the most successful under the guidance of Henry Lawes was one of the most consistent Jamaican vocal-harmony groups, The Wailing Souls. Their partnership with ‘Junjo’ brought some truly great 12″ singles – like e.g. “Kingdom Rise, Kingdom Fall” – on which the Wailing Souls combined their customary cultural concerns with some of the most brutal and inspired of the Junjo’s riddims. Also represented on Lawes’ labels were former Black Uhuru member Don Carlos and the late great Hugh Mundell, who had attracted notable attention with his Augustus Pablo produced recordings. These vocalists performed in a more declamatory style and cut strong records with Henry Lawes.

Not only did ‘Junjo’ enjoy numerous hits with singers and vocal-harmony groups, he also had huge hits with practically every deejay who had established himself in the dancehall circuit. Josey Wales, Nicodemus, Early B, Charlie Chaplin, Peter Metro and Ranking Toyan are only a few examples of deejays who delivered some great Dancehall recordings when working with “Junjo” Lawes and his modern riddims. Junjo’s pairing of Clint Eastwood with the U.K. deejay General Saint proved a winning formula. However, the best selling deejay for producer Henry Lawes was the most popular chatter of the era, the albino deejay Winston Foster aka Yellowman.

Yellowman was reggae’s figurehead during the period 1981-1984 as he consistently outselled vocalists and fellow deejays alike. Besides the fact that he knew how to ride what were the strongest riddims of the time Yellowman could seemingly effortless improvise lyrics in the dancehalls and in the studio. As Yellowman once said: “Junjo just call me an’ say I must do an album, and I just listen to the riddims and the lyrics come to me.”

Before ‘Junjo’ left the island of Jamaica to settle down in New York in 1985 and then temporarily leaving the music business he launched a new singer from Clarendon who became well known in the digital age. The singer’s name was Cocoa Tea and it’s only the sometimes weak lyrics that prevent his ‘Junjo’ Lawes produced debut album – which includes tunes like “Rocking Dolly” and “Lost My Sonia” – from being essential.

By moving to New York Dancehall’s most prominent and popular music producer Henry ‘Junjo’ Lawes couln’t be involved in the early days of computerized riddims in the second half of the eighties. So, we’ll never know what might have happened if he had stayed in Kingston, Jamaica. After a spell in an American prison he relaunched himself in the early nineties when he again worked with Cocoa Tea, Josey Wales, Yellowman as well as a new generation of performers. And although he released some noteworthy albums he couln’t claim the role of leading music producer as he did in the first half of the eighties when ‘JUNJO’ RULED THE DANCEHALLS ! 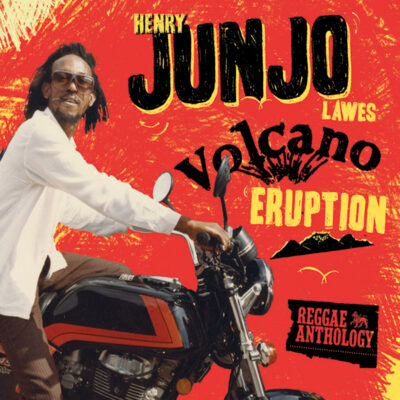 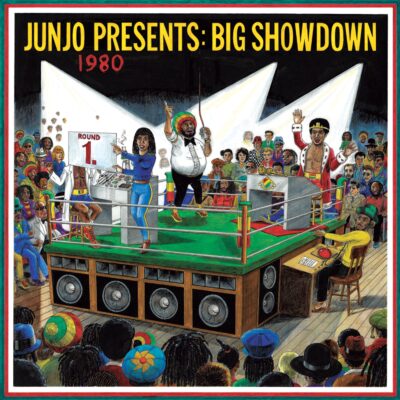 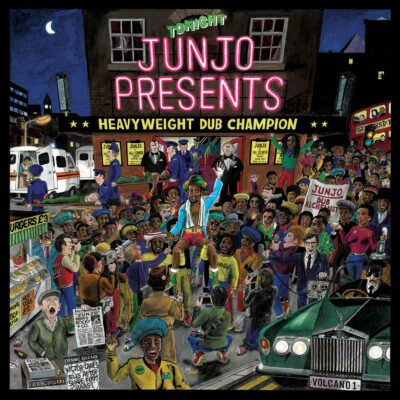 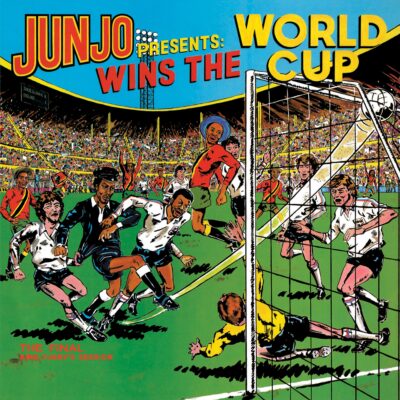