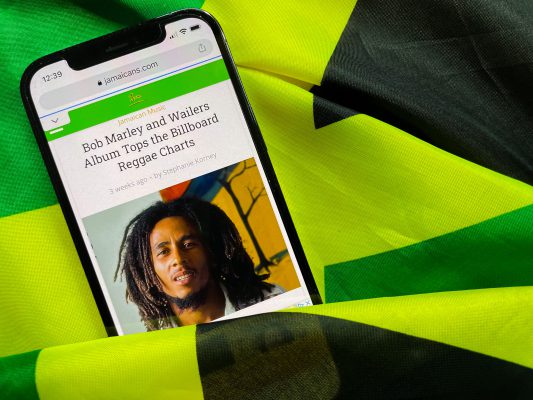 From its inception in 1995, Jamaica’s music has been an important part of Jamaicans.com, the premier online community for those interested in all things Jamaica. In 2021, reflecting its importance, Jamaicans.com was recognized for preserving and promoting Jamaica’s music with an award from the Jamaica Reggae Industry Association (JaRIA}. Founder Xavier Murphy was also honored by the City of Miami Gardens in Florida in 2021 at the city’s Reggae Summer Splash event with the Cultural Icon Outstanding Jamaican American Award for his contributions to the community.

The Consul General of Jamaica Oliver Mair acknowledged Murphy with the Luminous Award in the Cultural Arts category which is a prestigious honor.  In 2022, Murphy received the JaRIA Award for Extra Impact on the Reggae Industry in New Media.

The focus of Jamaicans.com has always been to provide entertaining, reliable, and up-to-date information about Jamaica to Jamaicans at home and in the Diaspora, as well as to anyone around the world who wants to learn about the country and its culture. One of the most important aspects of Jamaica’s culture has always been its music, and Jamaicans.com offers its visitors many ways to engage with the music’s innovative and iconic genres, its history, and the lives and works of its musical artists. It makes special mention of Jamaican innovations that influence the music world, including the popular hockey “air horn” sound effect, which originated in Jamaica.

The platform, which features podcasts, videos, radio, and internet broadcasts, uses all available internet technologies to create a showcase for Jamaica’s music. The platform features live reggae shows on Facebook and YouTube, as well as live video interviews with popular Jamaican artists like Shaggy, Wayne Wonder, and Tessanne Chin. Interviews are also featured on the website itself.

Jamaicans.com makes a point of honoring the musicians and music industry innovators who contributed to all Jamaica’s musical genres throughout history. It is a great resource for both seasoned and new fans of Jamaican music.

Listen to the Total Reggae Playlist on Spotify:

‹ The Return of Best of the Best

Peer to Peer with Emma Mathurine ›