As one of Jamaica’s foremost Rastafarian reggae artists committed to delivering consciousness raising, uncompromising convictions through his music, I Wayne has fittingly named his third album for VP Records “Life Teachings”. “We are sharing life’s joys and messages, so that’s why we call the album “Life Teachings”, I Wayne explained. “Its an unlimited thing because I am working for life and will continue doing life works, that is what I Wayne is all about.” I Wayne built his reputation burning lyrical fire on a litany of societal ills from prostitution to child molestation to skin bleaching, although his dulcet, high-pitched vocals belie such thunderous denunciations. In 2005 I Wayne’s “Can’t Satisfy Her”, a gritty, cleverly told tale of a troubled young woman who began “strip dancing before she reached eleven,” was added into rotation on New York City’s influential hip-hop station Hot 97; the song reached no. 31 on Billboard’s R&B/Hip-Hop Songs chart.

I Wayne is poised for similar success with this collection of blazing, contemporary reggae anthems due for an October release. I Wayne utilizes his penchant for detailed story telling and his haunting, exquisitely nuanced sing-jay vocals to impart various lessons throughout “Life Teachings”: he exalts Rastafari’s holy herb (“Herb Fi Legalize”), rejects materialism (“Wise and Fearless”), predicts the imminent downfall of Babylon (“Burn Down Soddom”), references the teachings of Marcus Garvey and Rastafarian deity Haile Selassie (“Change Them Ways”), rails against the violence associated with “Drug and Rum Vibes” and vociferously champions teaching the youths the truth on the title track.

Understanding the significance of creating a balance in life as well as in music, several songs on “Life Teachings” display a romantic sensitivity that offsets I Wayne’s otherwise blistering condemnations. “The Nile”, “Empress Divine”, “I Care For You” and “Life Service” each extol women who uphold natural livity (lifestyle). “Life Joy”, produced by Marcus “Icus” Deacon, is a hit bound, sultry R&B flavored duet featuring popular Jamaican songstress Etana. “I knew Etana could deal with the song in the way I would like, but she deal with it even irier than I thought,” I Wayne acknowledged. “I had to balance the masculine to feminine, to really make it sound irie and it’s more than just a joy, it’s a “Life Joy”.

Preserving the relevance of roots reggae’s proud musical traditions and lyrical integrity among a younger generation of fans is a primary objective within I Wayne’s work overall and on “Life Teachings” in particular. Twelve of “Life Teachings” fourteen tracks were produced by Patrick Z. Henry, who, along with Ronald “Sonny Spoon” Wright comprise Loyal Soldiers, I Wayne’s management team; intricately crafted, organic rhythms dominate, rife with rugged basslines and one-drop drumbeats punctuated by snappy horns and chiming keyboards, ingredients that have made roots reggae unparalleled in its influence throughout the world. “We decided we needed to make the music more rootical this time and produce our own thing,” explained I Wayne. “We went in the studio, the musicians made the riddim tracks and set the thing proper with a roots rock vibe for higher heights.” Some of Kingston’s finest players are featured here including percussionist Bongo Herman, drum and bass duo Sly Dunbar and Robbie Shakespeare, keyboardist Ansel Collins, I Wayne’s uncle, who topped the UK Charts in 1971 with his (mostly) instrumental “Double Barrel”. The inspired interactions between guitarists Lamont Savory, Mitchum “Khan” Chin and Winston “Bopee” Bowen on “Do The Good” frame I Wayne’s simply stated sentiment to do all the good you can today.

Born Cliffroy Taylor, 32 years ago, I Wayne was raised by his aunt and her husband, Ansell Collins, in Portmore, a Kingston suburb. As a student at Greater Portmore High School, I Wayne joined a local singing/deejaying group called Vibes Machine and they performed at various nightclubs. When the other group members failed to show up for a gig one night, I Wayne performed alone; encouraged by the audience’s positive response, he decided to pursue a solo career.

I Wayne’s ethereal vocalizing, as calming as a gentle breeze that can suddenly accelerate to hurricane strength gusts, was perfected through repeated appearances with local sound systems including Diamond Cruise and The Legend. It was at an early-morning sound system session when Ronald “Sonny Spoon” Wright first heard I Wayne sing; he was so impressed with the young artist he returned to the music business to manage him after a taking a career hiatus that lasted several years. “From the first word he said on the mike — lightning — it was like I was struck by lightning then,” recalls Wright, producer of “Wise and Fearless” on “Life Teachings”. “I thought even if he has no lyrics besides this lightning, with his unique voice, I could work with him. But he went on for about three hours, and I heard so many great lyrics I was actually embarrassed about the thought that I had.”

VP Records released I Wayne’s debut album “Lava Ground” in 2005 and its trilogy of hits, “Can’t Satisfy Her”, produced by Loyal Soldiers, “Living In Love” and the brilliant title track played a significant role in redirecting contemporary Jamaican music away from violent and X rated lyrics and towards positive themes, at least for a time. His 2007 sophomore album “Book of Life”, with its love songs, spiritual reasoning, and a refreshing female perspective on troubled relationships, “Jealousy and Abuse” featuring veteran deejay Lady G, topped the Billboard Reggae Chart.

Despite contradictory prevailing trends, adhering to culturally enriching, empowering topics is an ongoing mission for I Wayne. “You see, they try to mash up reggae that’s why they get rid of Bob Marley and some other irie youths,” I Wayne reasons. “I encourage others to do positive music; some gwaan with lewd, nasty lyrics, but I still gwaan blaze through the fire because it is a longevity thing.”

Early responses to the first two singles released from “Life Teachings”, both currently in heavy rotation on Jamaican radio, augur well for I Wayne’s longevity. The resplendent roots reggae gem, “Real and Clean” is I Wayne’s sweetly seductive declaration of love set to an irresistible one-drop beat. Successfully venturing into dancehall terrain “The Fire Song”, driven by a throbbing bass line and produced by (Assassin’s Brother) Gareth Campbell for Boardhouse Records, unites the reedy vocalist with the gravel-toned deejay Assassin (a.k.a. Agent Sasco). This outwardly curious pairing could actually win duo of the year honors: their complementary approaches propel each other to greatness in this survival of the fittest tale that’s applicable to every aspect of life but specifically resonates with the challenges within the music business.

“There’s a lot of fight, a lot of politics and sometimes it gets overwhelming,” I Wayne offers, “and because there is a preference for nastiness, positive artists don’t get their fair attention. But mi stay calm and remember nature; nature was going on before any business start so it is better I keep my focus and keep writing these songs, y’know? Music is life, Life Teachings, so you just have to live on, simple as that.” 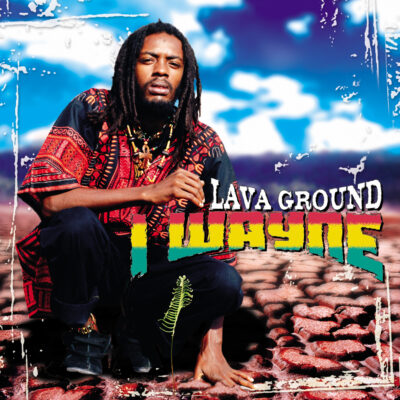 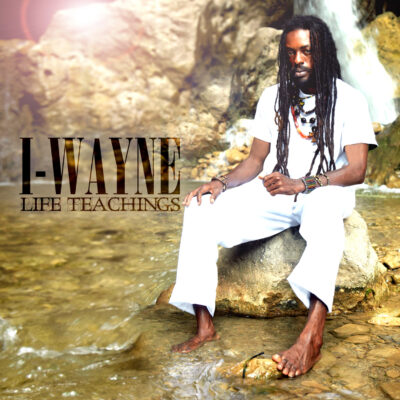 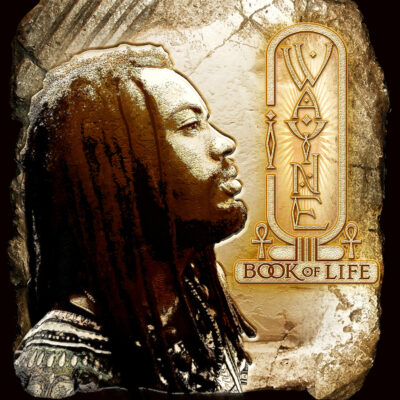