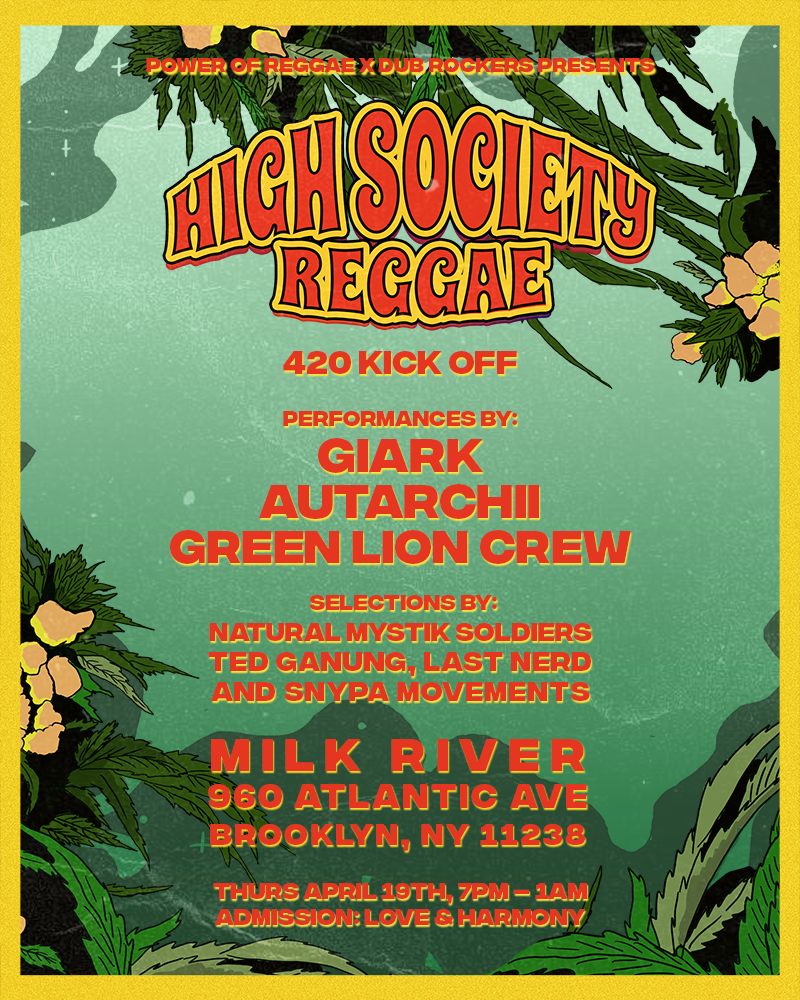 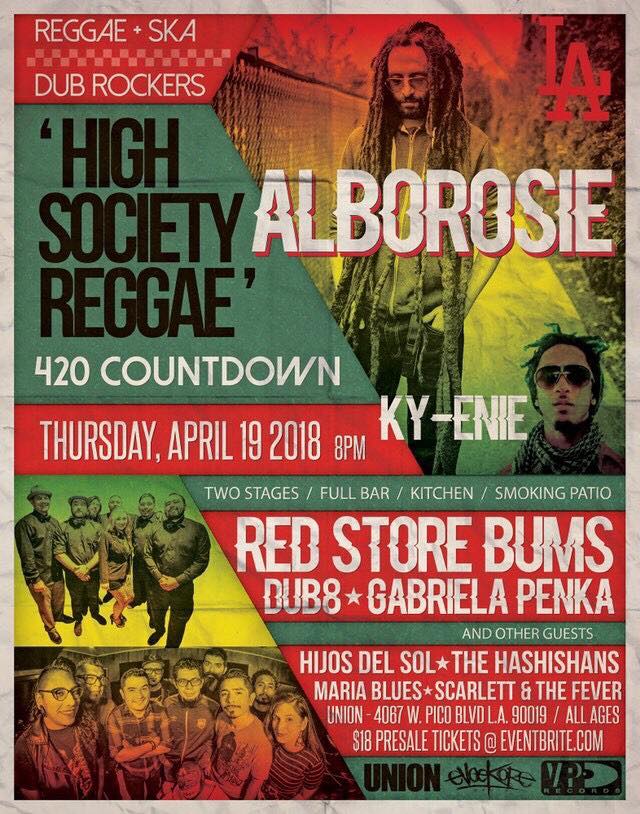 In celebration of the annual 4/20 holiday, “High Society Reggae”, a digital compilation of new ganja themed songs will be released on April 20th, 2018 on Dub Rockers, an imprint of VP Records. In addition to the anticipated release, two events will be held in Los Angeles and Brooklyn that same week.

Celebrating the album release with two launch events on April 19th, Alborosie will be performing at Union Club in Los Angeles, California (Tickets), while in Brooklyn, NY, Giark, Autarchii and Green Lion Crew will be performing at Milk River (Tickets.) Complimentary “High Society Reggae” rolling paper will be given to patrons in attendance.

“In staying true to the Dub Rockers mission, the High Society Reggae album was compiled to showcase the bridge between contemporary inspired deep roots as well as always keeping an eye on the future for progressive and alternative reggae,” said Ted Ganung, project manager and A&R of the project.

Listen to the mixtape: https://soundcloud.com/dubrockers/high-society-reggae-mixtape
Follow the Spotify Playlist: https://open.spotify.com/user/dubrockers