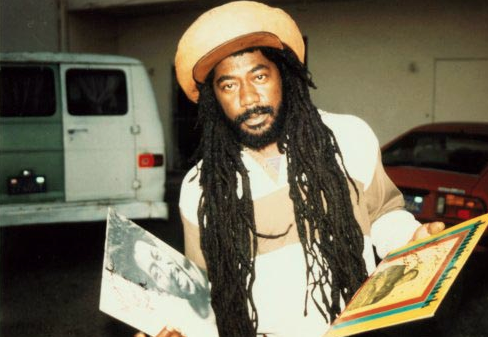 Johnny is a true cornerstone of Roots music since its inception and one who is still very much active in the scene today. Clarke started out working with a variety of producers in the early 70’s, Clancy Eccles, Glen Brown

& Rupie Edwards to name but a few, however it wasn’t until he started working with the legendary producer Bunny Lee that he really rose to fame.

The beat of the music was changing in the early 70’s from Reggae to Roots, which at the time was heavily dominated by the sound of the ‘Flying Cymbal’ or ‘Flyers,’ a style of drumming attributed to Carlton ‘Santa’ Davis & Sly Dunbar, which was sold worldwide by Bunny Lee. This style became incredibly in demand, especially as the genius King Tubby was at the advent of another new sound, Dub.

Clarke’s trademark vocal stylings were the perfect accompaniment to the early days of Roots & Dub and he was also great Songwriter, penning both fervent Rasta lyrics & poetic Lover’s anthems in equal measure. With songs such as ’None Shall Escape The Judgement’, ‘Every Knee Shall Bow’, ‘Roots Natty Congo’, ‘Rock With Me’ & countless others Johnny is one of Reggae music’s most enduring figures, one who is still a force to be reckoned with to this day, having worked with the likes of Jah Shaka, Mad Professor, Mungo’s Hi-Fi and many more.