The Early days
Born Augustus Clarke in rural Jamaica on March 26, 1954, Gussie lost his mother so early in life that he has no memory of her. After being housed in an approved school, he was adopted by Miss Iris Robinson of Kingston, who sent him to Calabar Primary School and Kingston College (High School).

In 1966, his second year at Kingston College, Gussie developed the daily habit of arriving at school very early so that he could maximize the revenues from a business he innovated, selling rides on his bicycle.

Propelled by some mysterious inner force, which he simply calls destiny, he combined his earnings from the bicycle-ride business with saved lunch money to buy a pre amplifier, turntable, speaker and power amplifier parts.

He also learnt to make speaker boxes in woodwork class, and Miss Robinson engaged a technician to make a power amplifier as a birthday gift. Gussie had a series of barter deals which lead to King Gussie Hi-Fi this precocious juvenile entrepreneur had now joined the ranks of famous men whose heavy-bass sound systems pounded out reggae music in its infancy and provided the medium for the birth of DeeJay music, a genre that would eventually spawn American rap.

Operating out of an old wooden house downtown, Gussie imported records through a friend in New York and supplied sound systems with 7 inch, 12 inch and Dub specials. Attaining another dimension in the industry, he also voiced a song at the renowned Downbeat Studio 1.

A Budding Career…
In 1972, the seasoned 18-year-old was ready to launch his career as record producer. His first artiste was the legendary pioneer DeeJay U-Roy, who voiced for him a single entitled,The Higher The Mountain. That debut record by Clarke was to become a classic. It also portended a career marked by vision, planning, focus, organization and integrity and ultimately success. Always breaking new ground, Gussie Clarke became probably the first truly professional producer in an industry that has been laden with creative talent but lacking in efficient administration.

With an uncanny knack of picking winners, over the years he has produced crucial records for a number of outstanding Jamaican artistes such as U-Roy, I-Roy, Augustus Pablo, Dennis Brown, Gregory Isaacs, The Mighty Diamonds, Freddie McGregor, J.C. Lodge, Coco-T, Home-T, Thriller-U and Shabba Ranks, Maxi Priest among others.

The Jamaican “Hit factory”….
Some of the notable hits include Telephone Love by J.C. Lodge, Just A Little Bit Longer by Maxi Priest, Twice My Age by Shabba Ranks and Krystal, Rumours by Gregory Isaacs, Two Wicked album by Aswad and Mr. Loverman by Shabba Ranks.

Gussie Clarke was perhaps the first Jamaican producer to issue regular royalty statements to artistes, and one of the earliest to engage in music publishing (Dub Plate Music Publishers). One ex-client summed up the superlatives that seem to come from all who have done business with Clarke over the years: He is definitely the most professional producer we have. Yet many see Gussie most significant contribution to the Jamaican music industry not in his producing or publishing (over 5,000 songs in the Dub Plate catalogue) but in the recording facilities he has built and operated in Kingston.

Starting in 1987 with the launch of his famous Music Works studio at 56 Slipe Road, close to the inner-city areas of Kingston, he developed a peerless reputation as the leader of a team that produced magical chart-topping sounds. What was perhaps not fully appreciated was Gussie’s uncanny judgment of character and human resource potential and his superb natural gifts as a motivator and mentor.

He is widely acknowledged as a stickler for quality, with a penchant for astute personal selection and a special feel for combinations that work well. The consensus of the music industry is that Gussie recruits the best engineers to build, maintain and operate his studios, the best musicians to lay down tracks and arrange his recordings and the best administrators to help him run the business. An artisteáÕás manager described him as a very hard-working, ambitious, dedicated, focused, innovative, a trend-setter, an astute businessman, a consummate organizer, one who knows how to get the right people together and make it happen.

The Foundation……
The strong young team that Clarke leads, is testimony to his genuine commitment to the ideals he professes. The linchpins of Anchor Recording Company, the holding company of Clarke enterprises, are young, modern, self-improving, technologically inclined, long-standing friends and associates of Gussie who merged into the business by osmosis. They shared philosophy and vision of the industry and repay his confidence and trust by high quality work and patent loyalty.

Despite his early success and his awesome reputation in Jamaica and abroad, Clarke was not about to rest on his laurels. Always the bold mover, he took a giant step in 1993 when he relocated his famous Music Works studio into a more spacious property on Windsor Avenue in Seymour lands, an upscale Kingston suburban area.

The original studio, it’s logotype proudly affixed to an exterior wall, became Studio I at the new complex. But the flagship of the relocated Music Works is the new Studio II, rated one of the best in Jamaica. The recording centre is completed by a small Studio III,and Studio IV (1997)a mecca for young musical artistes and producers. 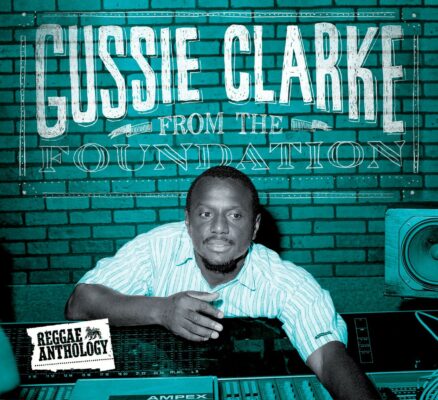 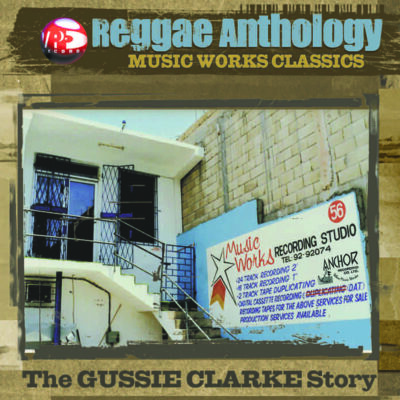 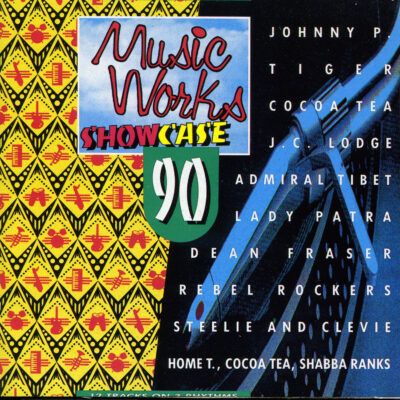 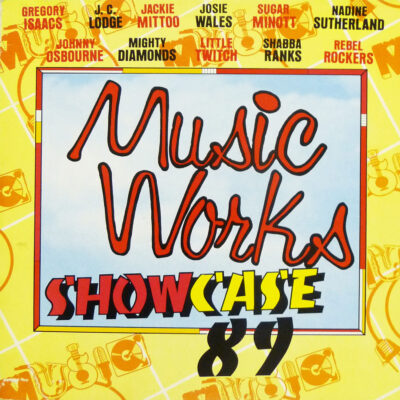