Edwin Yearwood is a natural born entertainer whose accolades and songwriting genius establish him as the undisputed Soca King. Yearwood or as his band mates affectionately call him, “General”, is a mighty talent. His intimate relationship with melodies and lyrics manifests itself in a creation of hit songs that are not only the very essence of krosfyah, but music that has rocked the hips and soothed the souls of krosfyah supporters worldwide.

Edwin is the sexy, charismatic lead singer of krosfyah. He is happiest when on stage and has the ability to communicate music from his soul; an ability he uses in a magical way to reach the very core of his audience. From the painfully shy youth who would sing from behind the drum set, to a ‘Superstar’ who can simply utter “Oh Gawsh!!!” and turn a whole stadium into an uproar, Edwin is a prodigy with more than his fair share of talent. One od the region’s hottest vocalists and songwriters, his career started at the tender age of 14, when he won the Teen Talent Competition in 1983 on his first try. He had the audience spellbound and in tears as he rendered Billy Preston’s ‘You Are Everything To Me’. Since then, Edwin has risen to International Status and collected awards all too numerous to mention.

In 1995, again on his first try, he won all three titles on the Barbados carnival scene- 1995 Calypso Monarch, 1995 Party Monarch (repeated in 1996) and 1995 Tune of the Crop Monarch (repeated in 1997) this feat is yet to be conquered. In 1996, he was honoured by the city of Boston, when he was awarded the keys to the city by the Mayor’s office. In 1997, Trinidad bestowed on him one of their highest music honors, giving him the award of Best Song for the smash hit ‘All Aboard’, performed by a Trinidadian band – Surface. In February 1997, Edwin & his Band krosfyah were awarded 24k Gold Plated Cd Plaques for selling over 50,000 units of their Album Ultimate Party- Pump Me Up, no other Soca Band has surpassed this Achievement to date.

One of the most major International achievements has been winning the ‘World Soca Monarch Title’ in 1998 from a field of the best soca artistes worldwide. At the 2001 Kadooment festival in Barbados, Edwin doubled with Khiomal Nurse, also of krosfyah and made history in Barbados by winning the Road March title with a slow jam entitled ‘Sak Pase’. He is loved both at home and abroad, and continues to propel his career with extreme love, passion and vigour.

Edwin won the Party Monarch for 2004 yet again, which brought him to his 5th Party Monarch title. Talk about “adding icing to the cake”, he signed a 6 Album deal with VP Records – Waistline Music Division in January 2005, being the first Soca Act to be signed to this label. On January 8, 2006 at the Barbados Music Awards, he was presented with a Corner Stone Award for his 20 year contribution to the Barbados Entertainment landscape. Another accolade was added on May 27, 2006 at the Broward Centre for Performing Arts in Fort Lauderdale, Miami, where he won ‘Best Soca Compilation’ with Bunji Garlin for the song “All Aboard”.

2007 was another successful year for this Stalwart Musician getting the nod for “Male Entertainer of the Year 2006” at the 2007 Barbados Music Awards.

Winning is nothing new to Edwin and 2008 proved to be no different, as he captured The Road March Tune with “Handle ya Bizniz” & The People’s Monarch with “Nah Missin Me”, which has a signature krosfyah sound of a Pump me Up and was a huge favourite at home and abroad. 2009 mirrored that of 2008, Edwin won Road March & People’s Monarch once again with the Bomb tune “In de middle ah de Road”, Male Soca Vocalist of the Year 2009, with his hit tune – Nah Missing Me at the 7th Annual International Soca Awards, as well as Male Entertainer of the Year and Best Uptempo Soca (Male) at the 5th Annual Barbados Music Awards.

In 2010 he reentered the Party Monarch Competition for the first time in 5 years and placed 2nd with the hit tune “Chrissening”, which also won him Music Video of the Year (Male) at the 2011 Barbados Music Awards. Crop Over 2011 was another successful year with the theme song “Good Time” doing very well, both at home and abroad, with an accompanying video. Edwin also won his 6th Road March title with the hit tune “Cova de Road”. 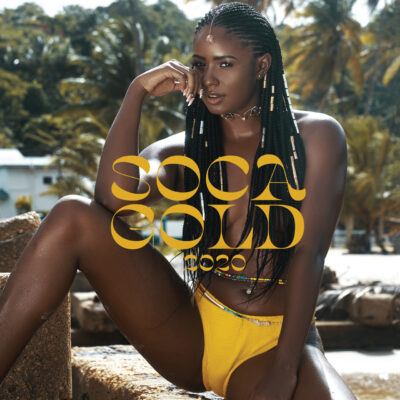