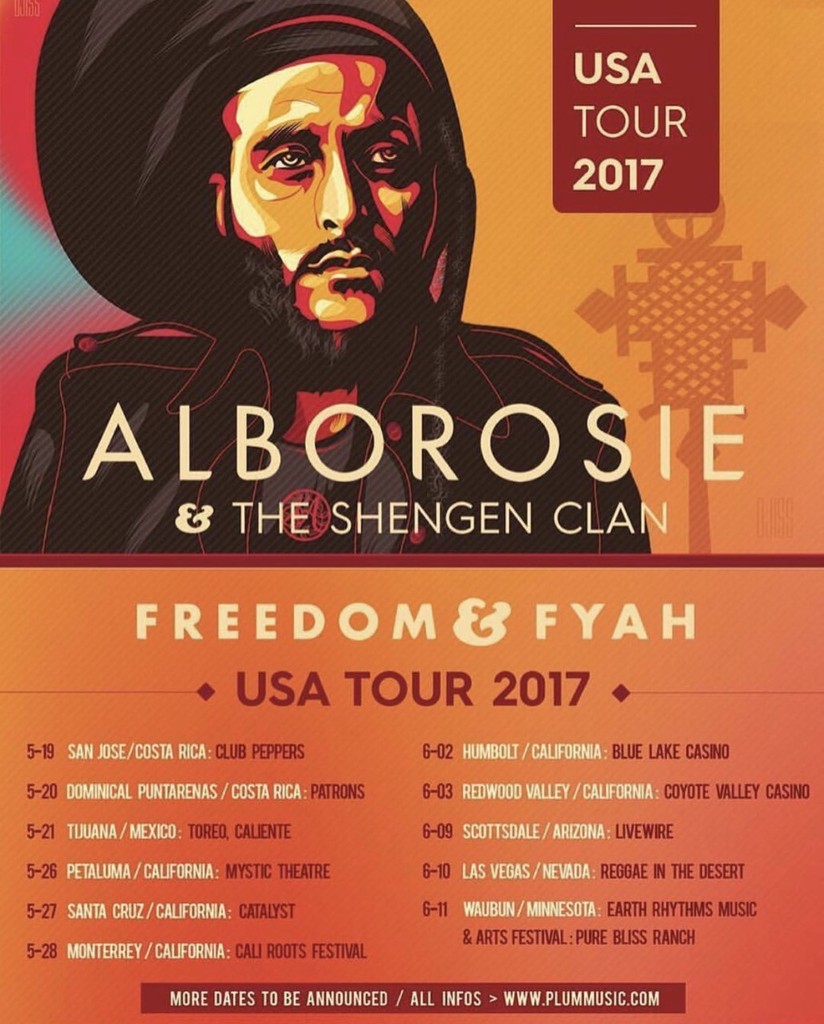 VP Records / Greensleeves announces the US leg of the Freedom & Fyah Tour with renowned artist and producer Alborosie . This will mark the first full band presentation (with horns) in the US. VP’s top selling artist album of 2016, “Freedom & Fyah” will be followed this summer with “Freedom in Dub,” ten newly produced dub mixes from “Freedom & Fyah.”

The North American leg of the Freedom & Fyah tour begins in San Diego and caps off in New York City. Along the way, Alborosie will perform at the renowned Cali Roots Festival on May 28th. Additional dates include the Earth Rhythms Music and Arts Festival in Waubun, Minnesota.

Performing for his first time in New York, Alborosie will conclude the US tour by headlining BB King’ s Blues Club in Times Square, for the Greensleeves 40th Anniversary concert on June 21st. The concert will also feature performances by Queen Ifrica and Addis Pablo, playing a tribute to reggae legend Augustus Pablo.

“Alborosie’s success is a testimony to the great music he makes,” said Randy Chin, President of VP Records. “We are excited that he’s back, on tour in North America.”