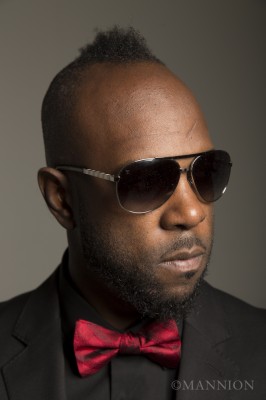 Bunji Garlin, known to many as the Viking of Soca, is taking the genre to new heights. A year after his explosive single’s release, “Differentology (Ready For The Road)” is breaking beyond Caribbean Carnival and turning into a massive hit in North America. The single was recently chosen as one of NPR’s Favorite Anthems for 2013 and is in the running for MTV Iggy’s Song of the Year as well as a primetime spot on NYC’s Top 40 radio station 92.3 FM NOW’s Toro’s Top 7 @ 7:47.

On the heels of his 2013 Soul Train Award win for Best International Performance, Bunji Garlin (who BET recently called “Soca’s new leader”) went on a whirlwind promo tour across NYC, Boston and Hartford between Dec. 8 through Dec. 12 to promote his latest single. As a direct result, “Differentology (Ready For The Road)” peaked last week at #1 on Shazam (the commercial mobile phone-based music identification service) in the New York City boroughs including Manhattan, Brooklyn and Queens as well as Fort Lee, NJ. The single also aired again inside Brooklyn’s Barclays Center during the NBA face-off between the Nets and Clippers on Dec. 12.

Garlin kicked off his promo tour with performances in Brooklyn, NY, including Caribbean City’s Fire Sundays on Dec 8th and Brooklyn Bowl the following evening, where the talented vocalist had the opportunity to play “Differentology (Ready For The Road)” with The Roots at OkayPlayer’s annual holiday party. This past Thursday (Dec. 12) in Manhattan, the Viking of Soca headlined Webster Hall alongside Hot 97 FM’s DJ Mister Cee to a full house of fans screaming “we ready, we ready.” The same day, Garlin swung by Miss Lily’s Variety Store for an interview and freestyle session on Radio Lily’s Large Up Sessions and performed at WBLS FM 107.5’s holiday party and Queens’ Level Ultra Lounge hosted by Power 105’s DJ Norie.

Since the single is currently crossing over on U.S. Top 40/Pop, Rhythmic and Urban radio, Bunji Garlin paid visits to key stations supporting the record. While in New York City, he stopped by HOT 97 FM on several occasions, appearing on the The Angie Martinez Show, The Hot 97 Morning Show and Massive B Sound System’s Sunday program with Bobby Konders and Jabba. He also dropped by WBLS 107.5 FM for Dahved Levy’s Caribbean Fever program and Power 105 FM headquarters to chat with DJ Self and DJ Norie, who recently added the single to their station. On Wednesday (Dec. 11), the Trinidadian star headed to Boston, MA to talk with JAM’N 94.5 FM’s DJs Pup Dawg, 4eign and Maverick. Later that evening, they all attended a charity event for New England Patriot’s Rob Gronkowski’s youth foundation Gronk Nation. The following morning (Thurs. Dec. 12), Bunji Garlin made his way to Hartford, CT for a special visit with Nikki Z and Nancy Barrow on WZMX Hot 93.7 FM’s Caribbean Countdown program.

In addition to commercial radio, Bunji Garlin mades media rounds to NPR, The Source, The FADER, Billboard and Boomshots of Complex Media Network. Tune in to hear him on NPR’s Tell Me More over the holiday season and check out The FADER’s full interview here: http://www.thefader.com/2013/12/12/interview-bunji-garlin/#comments.

Bunji Garlin is gearing up for the Caribbean Carnival season and is booked solid with 2014 tour dates. He will also release his upcoming studio album, aptly titled Differentology, next year on VP Records. The highly-anticipated album will be his first full-length release with the label since 2007’s Global.

Watch the video for “Differentology (Ready For The Road)” Major Lazer remix.

Watch the official video for “Differentology (Ready For The Road),” directed by Nigel Thompson.

“Differentology (Ready For The Road)” is featured on Soca Gold 2013 (VP) and available now on iTunes.